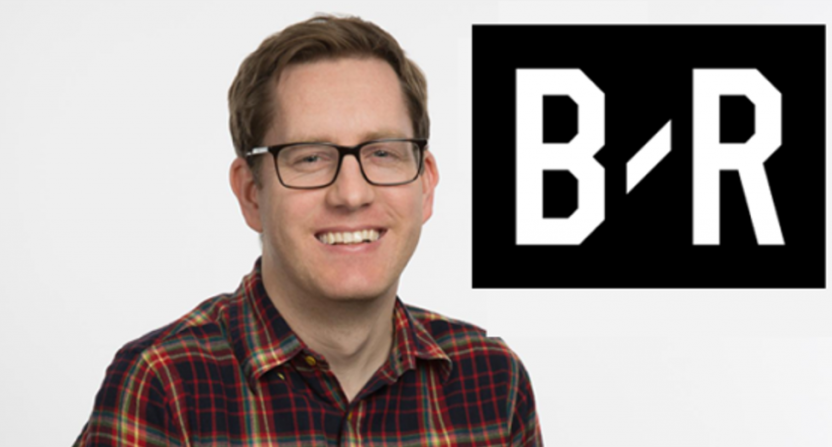 A long-time key figure at Bleacher Report is on his way out. B/R president Rory Brown is leaving the company, as first reported by Andrew Marchand of The New York Post on Twitter:

Bleacher Report president Rory Brown is parting ways with the company, according to sources. B/R will not be replacing Brown, but will be hiring a Chief Creative/Content Officer. Send your resumes!

Awful Announcing has obtained the internal e-mail Brown sent about his upcoming departure. Here it is:

There’s no easy way to say this, so I’ll get right to it: I am leaving Bleacher Report.

After 10 years at B/R and with my current contract ending this year, it’s just time for me to move on. Building this brand with all of you has been an incredible experience — the company’s victories, challenges and learnings will be tough to replicate elsewhere.

And while the brand has grown to amazing heights, it’s time for me to find and embrace a new set of challenges and push myself to grow elsewhere.

Thanks to Dave and his co-founders, Bryan Goldberg and Dave Nemetz for believing, 10 years ago, I was someone who could position this brand for success. Needless to say, we’ve come along way from a 15-person office armed with only a Costco-sized bag of pretzels to keep the employees motivated and nourished. The pantry is larger, but much of that start-up drive remains.

Thanks to Matt Hong, Lenny Daniels, David Levy and the larger Turner family for their confidence in me and belief in the B/R brand. It is not common that acquisitions go this well, and extremely uncommon that a parent company lets an asset like B/R maintain its own culture. The B/R brand is still blazing its own trail. Don’t lose sight of that.

And most importantly, thank you to all B/R employees. I think by now most of you know my style — I’m passionate about being an accessible leader. I like to know about the people at the company — who they are and what makes them tick, vs. just knowing their job description.

Yes, sometimes that leads to employees being a bit too comfortable around me as they shout at me on the ping pong table, foul me on the basketball court or make fun of my alma mater for not making the NCAA Tournament since 1998, but I wouldn’t have it any other way. Because I know many of you as people, I know what your professional triumphs and personal moments have meant to you — from afar, I will always be someone that celebrates your wins and understands the magnitude of challenges you’re trying to embrace.

In the short-term, I’ll be in and out of the office as I transition everything off my plate. Dave will take over direct management of the content (Joe), social/design/programming (Bennett), product (Chris) and House of Highlights (Doug) teams. Thank you to all of my reports for their partnership through the years, and thanks in advance for ensuring as smooth a transition as possible.

We’ll figure out some kind of event this fall that will serve as an opportunity for me to say a formal goodbye, but don’t be shy about approaching me until then. I’m sad to leave, but excited for what’s next.

A very big, sincere thank you to you all.

The first “Dave” in question is B/R co-founder Dave Finocchio, who returned to the company as CEO in January 2016 (after just over a year away in which he was only an advisor to B/R). At that point, Brown was promoted from chief content officer to president, a role overseeing “all operations for the division” while Finocchio was focused on “high-level direction of the brand.” Having Brown exit makes it look like Finocchio is going to add more day-to-day oversight to his role as well, at least in the short term, and the decision (as per Marchand’s reporting) to not hire a new president but only a chief content officer (Brown’s old title before his promotion) makes it sound like this may not be short term.

Brown’s exit comes at an interesting time for B/R. The company is perhaps more prominent than ever these days thanks to Turner’s streaming service (launched this spring) carrying the B/R Live brand. Even the Champions League studio comes with a B/R backdrop. And they’ve found significant success on social platforms with both their main brand and their House of Highlights brand (which they acquired in 2015, and which they see as potentially getting bigger than B/R itself). They’ve also expanded into video in some intriguing ways, including a series with Marshawn Lynch.

None of that’s going away thanks to executive changes, but it is worth noting that after several years of frequent changes leading up to those January 2016 moves, B/R has had top-level stability since then with Finocchio as CEO and Brown as president. And Brown’s done a whole lot for the company in the 10 years he’s worked there; you can hear him talk about his history with B/R, their evolving strategy over time and their future in this November 2017 edition of the Awful Announcing Podcast. We’ll see where B/R goes post-Brown, and where he goes post-B/R.

[Andrew Marchand on Twitter; photo via the University of San Francisco]