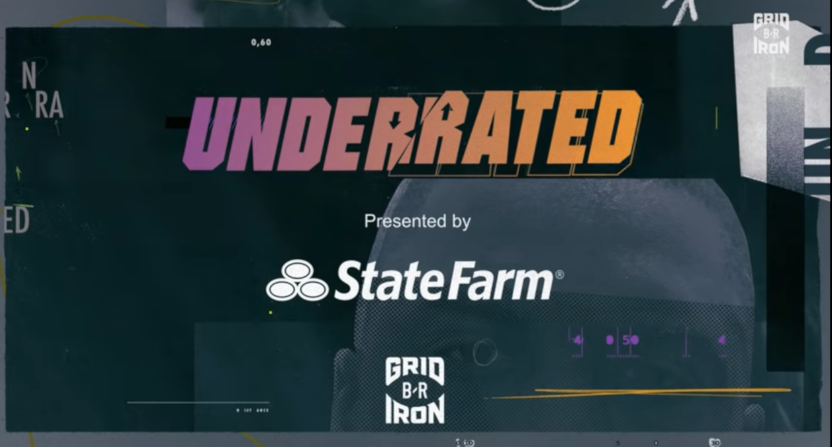 One of the regularly–recurring NFL stories these past few years has been NFL players complaining about their ratings in EA Sports’ Madden NFL video game series. Now, that’s turned into a regular digital video series for Bleacher Report. This past week, Bleacher Report’s B/R Gridiron brand debuted a new series called Underrated, where host Adam Lefkoe (known for previous B/R Gridiron show Ditch The Playbook as well as his NBA on TNT Tuesdays hosting role) showcases players trying to improve particular Madden ratings in live drills in front of a ratings adjustor for the franchise.

The eight-part digital series (releasing each Wednesday on Bleacher Report’s YouTube page)  is a collaboration between B/R and Mandalay Sports Media, a prominent company (famed sports documentary director Mike Tollin is their co-chair) that’s played a role in everything from The Last Dance to Five Rings Films to Morningside 5 and the forthcoming Varsity Blues remake. So it already has a pretty good pedigree there. And the first episode, featuring Denver Broncos’ rookie wide receiver (and former Alabama star) Jerry Jeudy, had some cool moments:

Here’s more from a release on this:

“Underrated taps into the zeitgeist surrounding Madden NFL player ratings and the heated conversation that happens with fans and the players themselves who feel they should be rated higher in specific skills,” said Sam Toles, Chief Content Officer, Bleacher Report. “This is the type of innovative, fan forward content our audiences crave; the sweet spot connecting sports, fandom and culture. Both EA SPORTS and Mandalay Sports Media have been amazing partners to bring this series to life.”

“Our annual player ratings are always one of the most hotly debated features we unveil in Madden NFL and we are always blown away by the passion gamers, fans and NFL players show when they get involved in the conversation,” said Clint Oldenburg, Madden NFL Ratings Adjustor. “Working with Bleacher Report on this series was a great opportunity to showcase a little more of our ratings process, while giving some of the stars of the NFL a chance to not just tell us why their ratings should be improved, but show us.”

“We’re enormously excited about this series and thrilled to be working with Bleacher Report, EA SPORTS and Adam Lefkoe,” said Jon Weinbach, Executive Producer and Executive Vice President, Mandalay Sports Media. “We believe this concept can be expanded to other popular sports video games and become an annual franchise that stirs conversation among gamers and pro athletes around the world.”

This is just part of B/R Gridiron’s content plans for the fall. They’re also launching their fifth season of animated series Gridiron Heights, as well as a second season of newly-extended host Master Tesfatsion’s interview show Untold Stories, which drew plenty of attention last year. And the brand is also building off the B/R Gridiron House activation/content move they set up at Super Bowl Week back in January and February. We’ll see how this new show goes for them, but it’s certainly interesting to see someone making a series out of athletes’ issues with Madden ratings (and notably, one that features not just athletes complaining about ratings, but one that shows them actually doing drills in front of an evaluator), given how prominent a discussion topic that’s been in recent years.