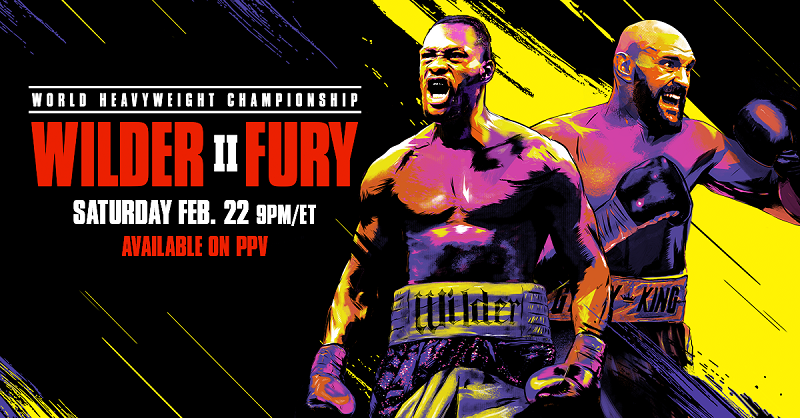 It’s the Monday before one of the biggest fights of the year, and Top Rank president Todd duBoef has a lot on his mind. He has a show to put on that he thinks will be like no other.

When Deontay Wilder and Tyson Fury step into the ring in Las Vegas on Saturday night, it’ll be an enormous heavyweight title unification rematch that’ll be the sequel of a controversial 2018 draw.

The fight will cost $79.99 as a split production between his Top Rank and ESPN+ partnership, representing Fury, and Fox and Premier Boxing Champions, which represent Wilder. The fact that Top Rank has to share billing for this card didn’t seem to bother duBoef in the slightest.

“It’s not about who I have, it’s what we create,” he said, aiming to achieve a fight with global interest and appeal. “It’s about entertaining the fans and bringing us back to the front pages of general market sports pages.”

The battle to make boxing globally relevant and in the same regular mainstream conversation as the four major American sports is now fought on numerous fronts, a sign of the times for a quickly evolving media landscape in the fight game. In addition to the traditional weigh-ins and press conferences, promotion for a megafight such as this has to come from so many angles. That includes Jeremy Schaap interviewing Fury for E:60 on ESPN, over-the-top debates on First Take, and plenty of shoulder content and programming exclusively for ESPN+.

Top Rank and ESPN are attempting to achieve the right balance when promoting these fights between the linear perspective, to show how compelling the match will be to the masses, to the direct-to-consumer strategy, which allows for deeper, more nuanced dives and discussions.

“All these different platforms have different touch points to consumers and viewers today,” duBoef, Top Rank’s president since 2004, said. “Because there is so much content out there, you gotta use all of them to get reach. My kid’s 19 years old and I don’t think he watches network television. I may get him through Reddit or YouTube.”

duBoef and Top Rank left HBO and premium cable for ESPN in the spring of 2018 and expanded its offering to ESPN+ that April, he said, before competitor DAZN’s U.S. launch that September. The addition and prevalence of streaming and the decline of appointment television, duBoef said, created a dynamic where you’re not just limited to a particular time slot, where video on demand rules. Top Rank had to get with the new media era and change the way it produced, edited and distributed content for it to resonate with a wider audience.

“We’ve all went from an entree world to an appetizer world, where short and sweet is working,” duBoef said. “It’s about chopping up content to use on social platforms, to engage people in different places, and having some more organic-feeling content rather than heavily produced. All of this is part of the changes we’ve all had to make in sports. And I think ESPN has shown that model terrifically.”

Top Rank is able to produce shows and showcase lesser known fighters on ESPN+ shows the way the network uses it for The Boardroom with Kevin Durant or Peyton Manning’s NFL Detail series. If duBoef is able to use every possible place that eyes or ears will be before a huge event to get its message out, that’s his ultimate goal.

What isn’t Top Rank’s goal, necessarily, is to make a profit or huge revenue from streaming. The point of all this shoulder content, is to drive interest and pay per view buys, to nudge and individual or group of people to pay $80 for Wilder-Fury, or another fight down the line. It’s to drive awareness for boxing as a whole, duBoef said.

“We are a sport that is on a big sports platform and has lots of robust offerings and content for you to engage in,” he said. “And if I can convert more people over to be more fight fans, that’s what I’m gonna use my shoulder programming for. Or if I’m just going to give people the ability to have deep dives and learn about them and find compelling stories, I’m gonna use my shoulder programming for that too.”

There is one thing, duBoef would admit, that DAZN made he and Top Rank aware of in the marketplace. It would have to make fewer pay per view cards that would only pick up a modest amount of buys. They used to do fights that they knew would only get 200,000 or 350,000 buyers. But because of DAZN offering a similar product for $19.99 a month and Top Rank offering about the same on ESPN+ at $4.99 a month, it made duBoef more conscious of where he had to focus his efforts and resources.

“Consumers are being treated to a comparable product for a far lower price,” he said. “It shrunk that supply of mediocre, low-level pay per view offerings. I think that kinda got absorbed into the direct-to-consumer market.”

Now the focus is on what duBoef called tentpole events, these major, blockbuster events that can generate millions of PPV buys. But instead of just delivering that to your TV, duBoef has had to adjust to having to distribute these tentpole events to so many different platforms.

Though he couldn’t help dissing the NFL’s global appeal, duBoef said the future of boxing media reflects something it recently started doing.

Just like the NFL split the linear and streaming rights for Sunday matchups between the three major networks and Yahoo, and the Thursday night package between Fox and Amazon, duBoef thinks that boxing rights in the U.S. and around the world will eventually adapt this model as well, where more revenue can be generated by splitting the pie.

“Throughout the world, people realize sports is the only thing you have to watch live on television,” duBoef said, “so I think you’re gonna see a narrower exclusivity to the rights, but with more platforms in play.”

But with Top Rank’s partnership with ESPN and ESPN+, duBoef said there’s no need for them to partner with Apple or Facebook for streaming rights. DuBoeff believes that Top Rank and ESPN are well positioned now for whatever’s next, on the eve of what he hopes is an all-time great fight.

“When it’s at the highest level, the biggest, biggest events,” duBoef said, “I think there’s nothing like that interest that a major boxing event can garner around the world.”

With the help of streaming’s shoulder content, duBoef is hopeful that ESPN and ESPN+ help deliver a huge audience for Wilder-Fury, enabling it to stand out as the biggest and most lucrative bout in boxing’s new streaming era.