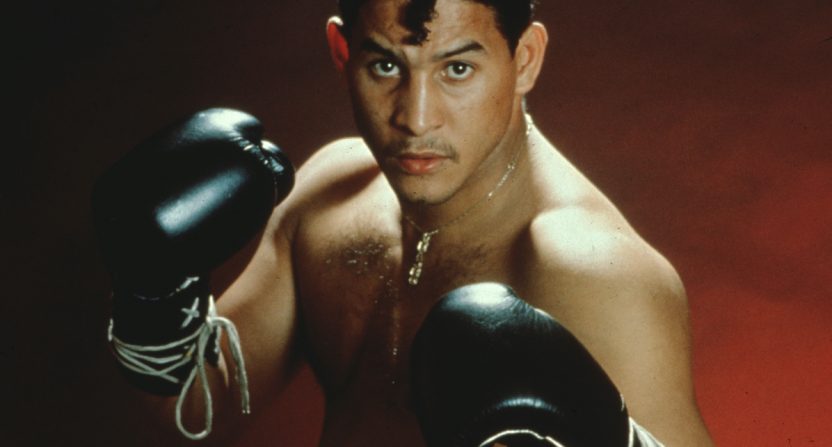 One of boxing’s brashest, most flamboyant personalities of the 1980s and 1990s will be the subject of a Showtime documentary set to premiere in December.

Macho: The Hector Camacho Story will chronicle the career of the Puerto Rican boxing sensation who won world championships in three different weight classes. Emerging from Spanish Harlem in the 1970s, Camacho eventually held the WBC super featherweight title, the WBC lightweight title, and the WBO welterweight title during his prime.

Camacho fought some of boxing’s biggest names through the 1980s. Among the opponents he defeated include Roberto Duran (whom he beat twice), Sugar Ray Leonard, Ray “Boom Boom” Mancini (winning the welterweight title), Julio Cesar Chavez, and Vinny Pazienza.

As you can see from highlights of the Leonard bout, Camacho often came to the ring in elaborate outfits such as Roman soldier garb and a “Macho Man” superhero costume that looked like a cross between Judge Dredd and Robocop. 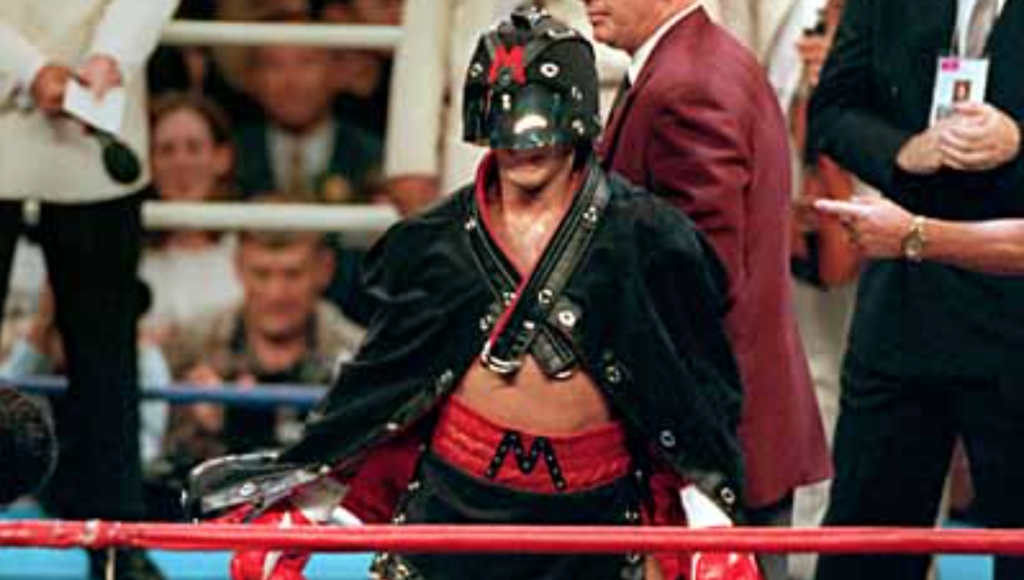 Camacho was killed in a 2012 drive-by shooting in his native Bayamón, Puerto Rico. He was sitting in his car with a friend when assailants opened fire. Camacho suffered a fractured jaw and cervical vertebrae, along with damage to his carotid artery that restricted blood flow to his brain. Days later, he died in the hospital from a heart attack. Camacho was 50 years old.

The film is directed by Eric Drath, best known for helming the “30 For 30” documentary No Más on the Nov. 25, 1980 fight between Roberto Duran and Sugar Ray Leonard and 2008’s Assault in the Ring, recounting the 1983 bout Billy Collins Jr. vs. Luis Resto bout in which Resto’s gloves were found to be missing a significant amount of padding.

Macho: The Hector Camacho Story will premiere Friday, Dec. 4 at 9 p.m. on Showtime and will be available for streaming by subscribers on the Showtime website and app or viewed on-demand.