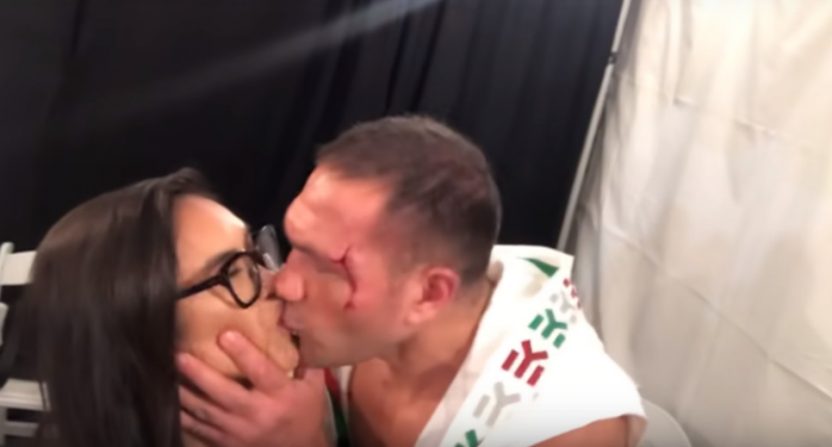 Back in March, reporter Jenny Ravalo (who goes by “Jenny SuShe” in some of her bylines, including those at Vegas Sports Daily) filed a complaint with the California State Athletic Commission about an unwanted post-fight kiss on the lips from boxer Kubrat Pulev while she tried to interview him following his win against Bogdan Dinu. That led to the commission handing Pulev an administrative suspension for improper conduct, and to a May ruling that he would have to complete a sexual harassment course before applying for reinstatement of his license July 22. Pulev completed that course and the commission voted to reinstate his license earlier this week, but Ravalo still has concerns over how the situation played out.

In an interview with The Domenick Nati Show (an iHeartRadio syndicated show hosted by publicist Nati) Wednesday, Ravalo accused Pulev (and Top Rank promoter Bob Arum) of repeatedly lying about her, bringing “an entourage” and fans along to the first hearing to intimidate her and lawyer Gloria Allred (Ravalo and Allred eventually needed a security escort), and more. She also released some of the harassing direct messages she received from fans of Pulev, which appear below.

The first couple of minutes of that are Ravalo discussing the original commission hearing she attended in May, which was where Pulev arrived with “an entourage, I want to say like 10 people, plus his girlfriend and some Bulgarian fans; the whole time they’re looking at me, smiling at me, I just remember feeling very intimidated.” She then says at the second hearing “He apologized again to me, and it seems like he has been a changed man, but he’s lobbying for his license to be reinstated so I don’t know if he’s really being honest about it. Time will tell.” After that, around the 2:05 mark, Ravalo goes in on Arum and acomments he made to iFL.tv last month:

“In between the first and second commission hearing, Top Rank promoter Bob Arum goes on an interview with iFL.tv, spewing just complete lies about me, about myself and Kubrat’s relationship, like I was acting like I was his girlfriend, hanging out at the training camp, and what else did he say, he said something about ‘Sexual harassment, it’s not real.’ …It was simply lies, because at the first commission hearing, under oath, myself and Kubrat said the first time we had met was at the weigh-in. Under oath. So no, I did not have a relationship with Kubrat before the weigh-in; that was the first time I’d ever seen him. And that was his first time in America; how could I have a relationship or know him before that?”

Around 3:15, Ravalo says Pulev lied about her as well:

Around 6:15, she talks about the harassment she’s received from Pulev’s fans for holding up his license:

“A lot of the Bulgarian fans of Kubrat are like ‘I hope you die, I hope you get raped, they call me trans. It’s just a lot.”

Ravalo later sent those DMs along to Nati’s show; they’ve passed them on to AA. Here they are (all sorts of content warnings apply): 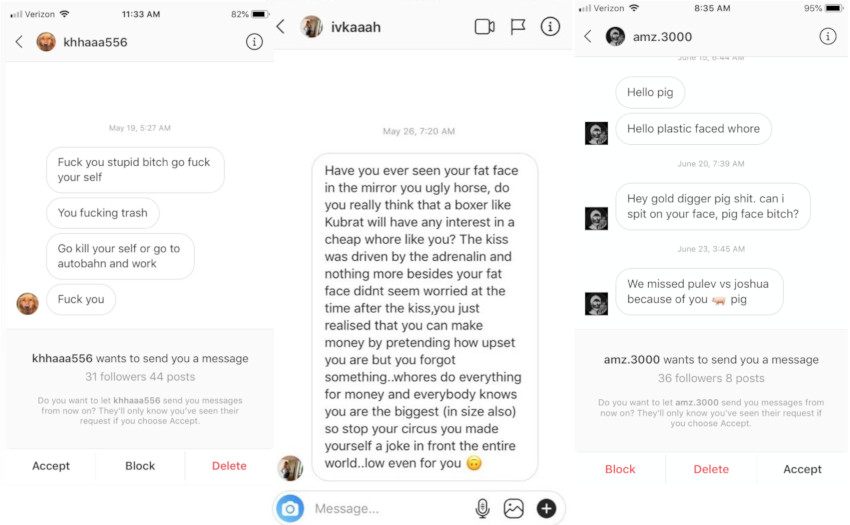 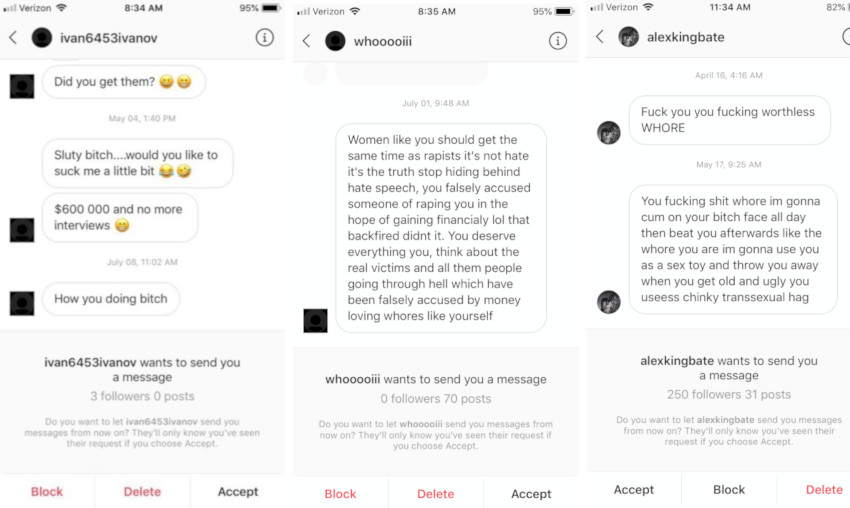 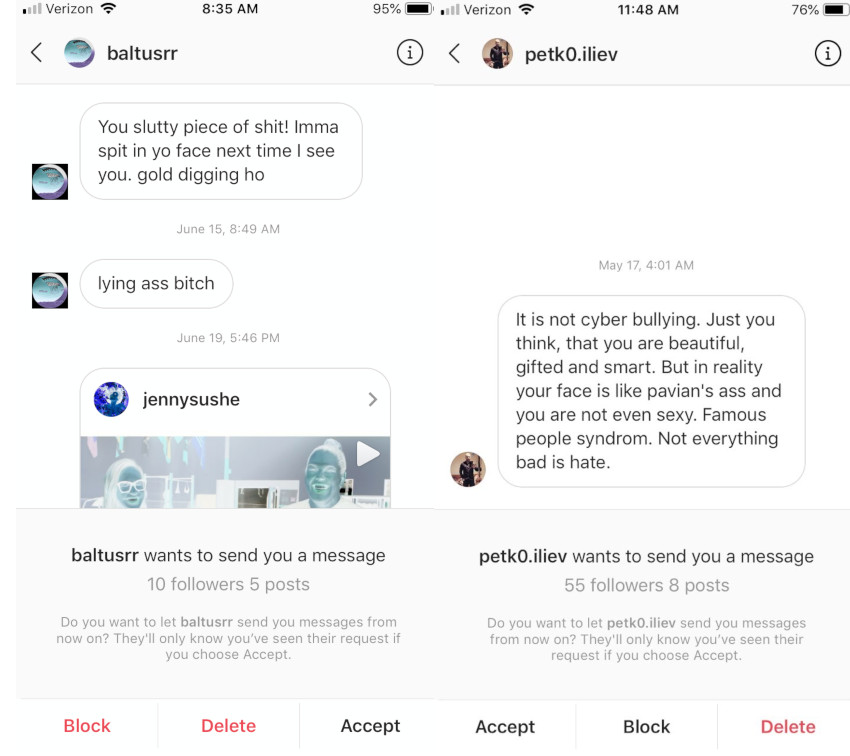 Those are some pretty awful DMs, and while Pulev and his camp may not have been directly responsible for those, the way they initially approached their comments about Ravalo may have contributed to the response from fans. It does sound like Pulev has at least offered an actual apology now as part of this second hearing, and maybe he has learned from the situation, but as Ravalo told Nati, it’s also worth considering that he was making those comments before the commission that held the key to his ability to fight in the U.S.; we’ll find out if he’s actually learned or not later.

At any rate, there are a lot of things to criticize both Pulev and Arum for with their handling of this situation, and Ravalo’s interview here sheds some more light on how they acted. It also perhaps illustrates elements for commissions and other regulatory bodies to keep in mind with sexual harassment complaints, in particular with Ravalo’s comments about feeling intimidated speaking to the commission thanks to the presence of Pulev’s entourage and fans. It certainly doesn’t seem like this was handled all that well by the commission, or by Pulev and Arum.