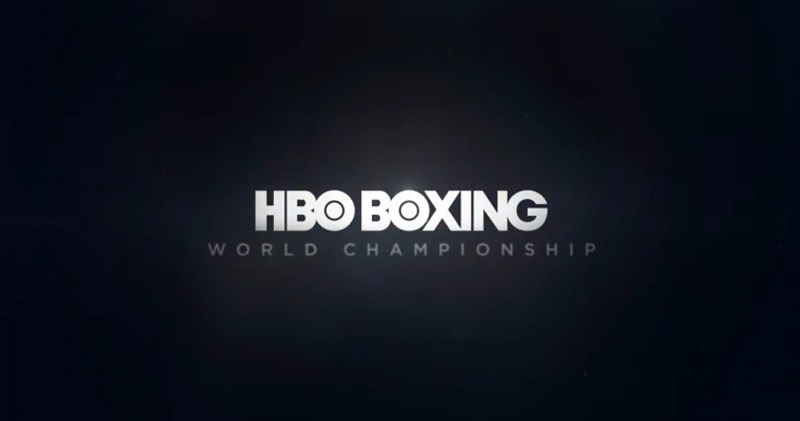 2019 marks the end of an era for professional boxing and HBO – according to the New York Times, the network announced to HBO Boxing staffers this morning that they would not be airing boxing next year. In fact, the final boxing card scheduled for the network is on October 27th.

The Times also reports that a number of prominent personalities will no longer remain with the network now that it’s getting out of boxing, including Max Kellerman, Harold Lederman, and freelance commentators Roy Jones Jr and Andre Ward. Long-time play by play broadcaster Jim Lampley, however, will remain with the network.

A number of other outlets have been getting more involved with boxing this year, including Fox (through a deal with Premier Boxing Champions, which we thought fell off the board for good two years ago), streaming service DAZN (Matchroom), ESPN (Top Rank), and long-time HBO rival Showtime. Viewership for HBO’s boxing broadcasts are sinking as well, with May’s Cinco de Mayo fight between Gennady Golovkin and Vanes Martirosyan drawing 1.3 million viewers – a strong number, but far below the roughly seven million viewers for the acclaimed Andre the Giant documentary from April, which cost much less to produce than the Golovkin-Martirosyan fight.

HBO Sports executive VP Peter Nelson claimed that boxing was no longer a primary reason for users subscribing to the network, which also played a role in HBO’s exit from the boxing landscape.

“This is not a subjective decision,” Nelson said in a recent interview. “Our audience research informs us that boxing is no longer a determinant factor for subscribing to HBO.”

Nelson also claimed that boxing does not have many “signature destination fights” that could raise the interest of fans and the mainstream sports world.

HBO released a lengthy statement confirming the pivot away from live boxing events on the network while also noting they would be airing an edition of 24/7 focusing the Tiger Woods-Phil Mickelson matchplay showdown.

“Our mission at HBO Sports is to elevate the brand. We look for television projects that are high-profile, high-access, and highly ambitious in the stories they seek to tell and the quality of production in telling them.

Boxing has been part of our heritage for decades. During that time, the sport has undergone a transformation.  It is now widely available on a host of networks and streaming services.  There is more boxing than ever being televised and distributed.  In some cases, this programming is very good.  But from an entertainment point of view, it’s not unique.

Going forward in 2019, we will be pivoting away from programming live boxing on HBO.  As always, we will remain open to looking at events that fit our programming mix.  This could include boxing, just not for the foreseeable future.

We’re deeply indebted to the many courageous fighters whose careers we were privileged to cover.

There have been hundreds of dedicated and remarkably creative men and women who have delivered the best in television production for HBO’s coverage of boxing and we are so grateful for their contributions.  It has been a wonderful journey chronicling the careers and backstories of so many spectacularly talented prizefighters.

In keeping with this mission, we’ve accelerated our commitment to storytelling.  This has produced landmark shows like “Andre the Giant,” which is the most viewed sports documentary ever on HBO; the acclaimed NFL reality franchise “Hard Knocks: Training Camp with the Cleveland Browns,” which delivered double-digit viewership gains from a year ago; “Real Sports With Bryant Gumbel,” the gold standard in sports journalism on television; the powerful docu-series “Being Serena” that chronicled the comeback of tennis icon Serena Williams; and the acclaimed unfiltered talk series “The Shop” featuring LeBron James.

This fall, HBO Sports will present an edition of “24/7” highlighting the upcoming Tiger Woods-Phil Mickelson match play plus engaging documentary films like “Student Athlete” and “Momentum Generation” brought to us by accomplished filmmakers. In 2019, we will have the innovative multi-part documentary presentation “What’s My Name|Muhammad Ali” from director Antoine Fuqua in conjunction with executive producers LeBron James and Maverick Carter of SpringHill Entertainment.

Other new ventures will be announced in the weeks ahead as HBO Sports continues to explore new frontiers in sports programming.”

A number of prominent fights have aired on HBO in the past, including Muhammad Ali’s fight with George Foreman in Zaire, Ali’s third bout with Joe Frazier in the Philippines, Marvin Hagler’s epic fight with Thomas Hearns, Buster Douglas’ shocking upset over Mike Tyson, and a number of fights involving Floyd Mayweather, Manny Pacquiao, and Oscar De La Hoya.

Despite the lack of live fights on the network in 2019, HBO will still be airing a two-part Ali documentary (as mentioned in their statement), which has LeBron James and Maverick Carter attached as executive producers.