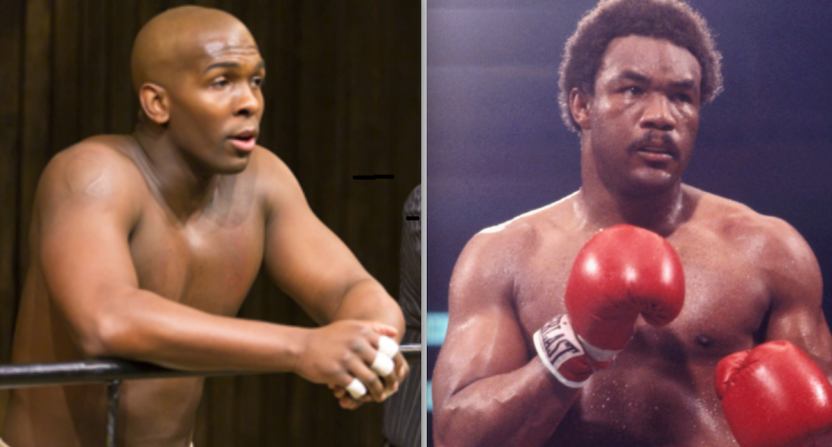 Muhammad Ali and Mike Tyson are seemingly taking up all the sports documentary and biopic space these days. But a George Foreman film will soon be adding some variety to the scene.

As reported by Deadline’s Amanda N’Duka, a movie chronicling Foreman’s life story is in development. The biopic will be directed by George Tillman Jr., who most recently helmed the film adaptation of The Hate U Give, about a young girl who witnesses a police shooting.

Starring as Foreman will be Khris Davis (not the baseball slugger who currently plays for the Texas Rangers). The actor is probably best known for playing Tracy in the FX series Atlanta. Davis was most recently seen in Best Picture nominee Judas and the Black Messiah and will have a role in the upcoming Space Jam: A New Legacy.

According to Deadline’s report, the as-yet-untitled film will follow Foreman’s career from his winning a gold medal at the 1968 Olympics to defeating Joe Frazier for the heavyweight title. He famously lost the championship in 1974 to Muhammad Ali at “The Rumble in the Jungle” in Zaire. Ali will be portrayed in this film by Sullivan Jones (False Positive, The Looming Tower).

Getting Foreman’s side of “The Rumble in the Jungle” is particularly appealing because most accounts of that fight — notably Leon Gast’s 1996 documentary When We Were Kings, Michael Mann’s 2001 film Ali, and Norman Mailer’s 1975 book The Fight — focus on Ali’s experience in Kinshasa. But that’s almost certainly because Ali was more inviting to the press and enjoyed the attention he received. Foreman was a far less engaging personality and was viewed as “the villain” of the fight.

Foreman became a much more popular figure among younger generations when he returned to boxing after a years-long absence during which he became an ordained minister. He eventually won the unified heavyweight championship at the age of 45 before retiring again three years later.

But mainstream culture surely knows Foreman most from being the pitchman for the line of indoor electric grills that drained fat from the meats they cooked. In addition to what he made as a spokesman for the George Foreman Grill, selling the commercial rights to the product made him a multi-millionaire.

Davis has previous experience portraying a boxer in the stage production of The Royale. In that play, Davis plays Jay Jackson, a fighter with an opportunity to become the first Black heavyweight champion. (The character is based loosely on Jack Johnson.) New York Times theater critic Ben Brantley praised Davis’s portrayal of “a stunning, arrogant innocence that charms and, in a subliminal way, terrifies” in his performance.

“We went through an extensive search across the world to find someone who could channel George,” Tillman Jr. told Deadline, “and ultimately, Khris was the only one who could encapsulate his journey so effortlessly as he went from one of boxing’s most feared fighter to retirement only to achieve one of the most astonishing comebacks at age 45.”

That quote indicates that this Foreman biopic intends to follow the boxer through the decades of his career, rather than focus on a particular event or series of events as many recent biopics tend to do.