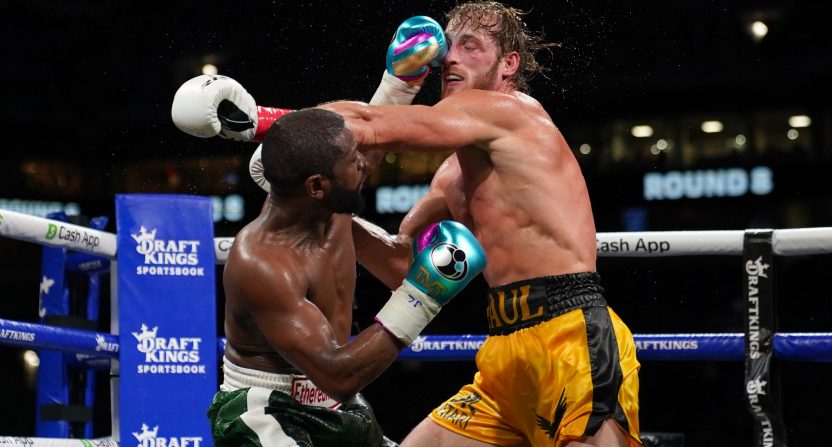 It also may have surprised some by pulling in a very respectable pay-per-view buy number. That’s according to Sportico, which reported last night that the bout earned about $50 million in PPV revenue, which would qualify as a pretty clear success by boxing standards, especially given the fact that one of the participants isn’t actually a boxer. (Also the whole “no judges” aspect.)

Showtime is projecting roughly 1 million pay-per-view buys for Sunday’s boxing match between YouTube celebrity Logan Paul and retired champion Floyd Mayweather, according to a source familiar with the numbers, which would put the media revenue from the bout at more than $50 million.

The Sportico report also mentions that the night led to a big number of new signups for the Showtime streaming service. For anyone hoping that the current trend of exhibition/celebrity boxing matches was going away any time soon, though, the strength of these numbers has to be a big loss. (Which, again, is one more loss than the Mayweather-Paul match had, because no one actually won, because there were no judges.)

It also represented a big pay day for the main event participants themselves:

You do have to credit the Paul brothers for finally cashing in on society’s collective desire to see them get punched in the face. Logan’s brother Jake recently moved to Showtime Sports on a new promotional deal, and his next fight will be against former UF C champ Tyron Woodley in August.