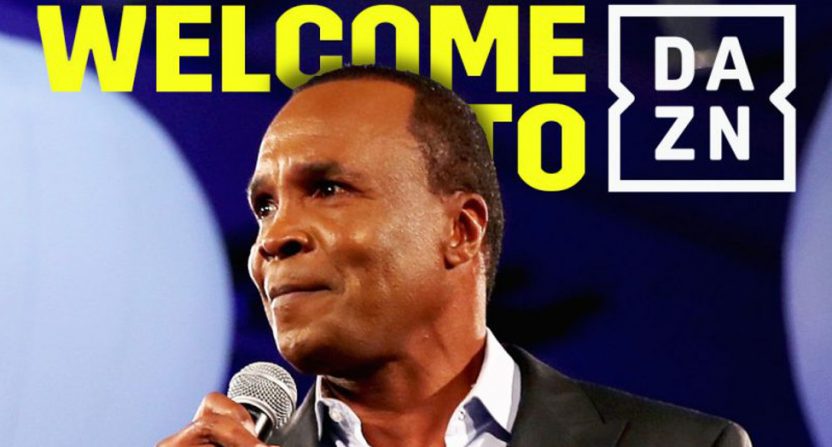 OTT streaming service DAZN may have launched in the U.S. a week ago, but there are still far more questions than answers regarding its fight sports package, comprising of Matchroom boxing and Bellator MMA.

How would the streaming quality be on its first big night? Would there be any lags of service disruptions? Is there an appetite from fight fans to pay $10 a month for boxing and MMA that’s not on a traditional outlet like ESPN, HBO, Showtime or Fox? And as was teased to Awful Announcing a couple of weeks ago, when are we going to find out the talent DAZN’s hired for this fighting package?

The last of those questions was answered Monday morning, at least for the boxing side. DAZN announced its on-air roster for the Matchroom boxing portion of the package, with several big names on board going into its first live fight weekend on Saturday, headlined by Anthony Joshua vs Alexander Povetkin at London’s Wembley Stadium.

MLB Network’s Brian Kenny will provide the play-by-play ringside along with boxing legend Sugar Ray Leonard. Before being the contrarian baseball analyst he’s currently best known for, Kenny spent decades covering boxing and providing commentary on ESPN, Showtime and Fox. He was even live-tweeting Saturday’s controversial fight between Canelo Alvarez and Gennady Golovkin, which Alvarez won via decision.

Boxing judging at this level, this close:
You’re guessing in most rounds. You’re brain cannot possibly do that mental math.
And boxing “stats” can’t save you. #GGGCanelo2

“I’m thrilled,” Kenny told Awful Announcing over the phone Sunday night. “I’m excited to be doing bigtime boxing again. It’s the new technology. Eddie Hearn and Matchroom boxing are the big player overseas. They want to be a big player here. So it all just happened and it was perfect.”

Kenny’s agent Nick Khan of CAA said there was dialogue and interest a while back, and that Khan had spoken with officials from DAZN parent company Perform, including John Skipper, who worked with Kenny during his 14 years at ESPN.

“He knows my work and we know each other,” Kenny said. “It all just came together easily.”

Kenny and Leonard last worked together in the summer of 2017, when they called the Floyd Mayweather-Conor McGregor fight for the mega-spectacle’s international feed. The pair called ESPN’s first pay per view card together back in 2005, Kenny recalled, when Antonio Margarito-Kermit Cintron was the main event and Shane Mosley was also on the card.

“I love working with Ray,” Kenny said, adding that opening DAZN’s entry into the U.S. market with a fight in front of 80,000 fans at Wembley is as good as it gets. “He’s even better than you think he’s going to be.” 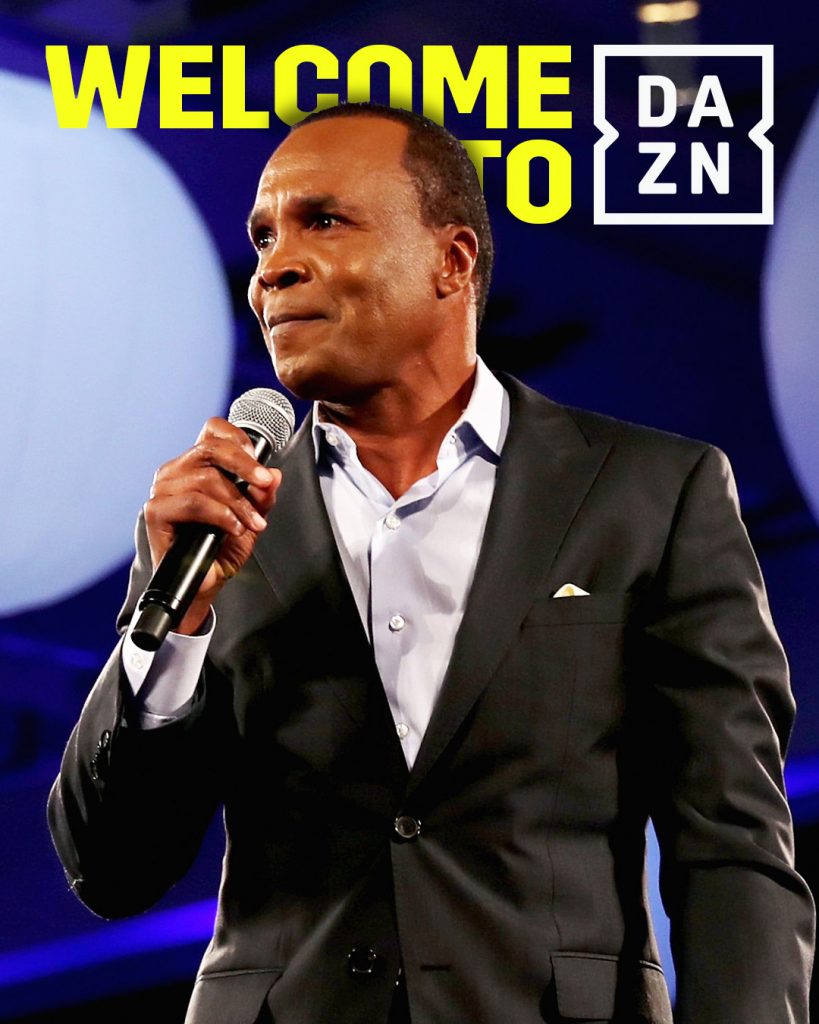 DAZN also didn’t disappoint when it came to its fight night hosts for Matchroom, with NFL Network’s Kay Adams as the host and Yahoo’s Chris Mannix in the host/analyst role. Adams has drawn really strong reviews for her work on “Good Morning Football,” and it’ll be interesting to see how she fares in the boxing space. Mannix may be better known for his coverage of the NBA with Yahoo and NBC Sports Boston, and previously with Sports Illustrated. But Mannix also has extensive boxing experience on TV, online, in print and with a popular podcast he hosts on the topic for Yahoo.

New @YahooSports Video: What did Canelo prove in beating Gennady Golovkin? Has Golovkin been demystified? @KevinI and I from #CaneloGGG2 break it down https://t.co/0d9on95twY

ESPN’s LZ Granderson will be the ringside reporter, working during the main events with Kenny and Leonard. Granderson’s had numerous roles for both ESPN and ABC, including on “SportsNation” and currently as a host at ESPN710 in Los Angeles and a CNN political commentator. Granderson is an interesting choice, potentially bringing nuanced cultural and sociological issues to the broadcast that we would normally not see.

Granderson hinted at his association with DAZN by re-tweeting a Saturday DAZN tweet hyping its hire of legendary PA announcer Michael Buffer, who will lend his ubiquitous “let’s get ready to rumble” to Matchroom.

Other DAZN boxing talent will include Todd Grisham and Sergio Mora for the undercard fights and shoulder content DAZN told us about a couple of weeks ago being provided by Akin Reyes and Barak Bess.

“With this broadcast team, viewers will be in good hands and we look forward to introducing a series of innovations to our fight night experience in the coming months,” said Joseph Markowski, DAZN SVP, North America in a press release.

On Saturday, we’ll see if DAZN’s first foray in live programming in the U.S. goes without a hitch. But at least now we know that the service’s Matchroom boxing talent will certainly be of pretty high quality.