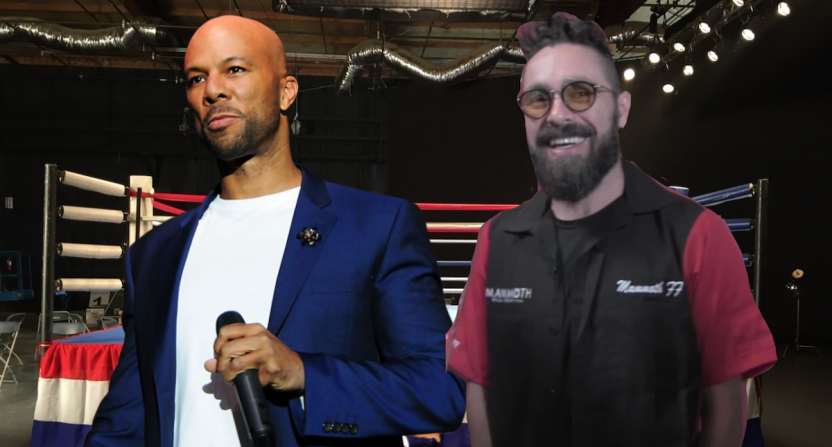 Boxing movies are among the most frequently made sports films for a variety of reasons. Boxing is a sport with international appeal, unlike baseball or American football. It’s relatively inexpensive to portray on film, compared to stadiums full of fans, equipment to buy for actors, and more cameras needed to cover a lot of space.

Most importantly, however, the stories typically told in boxing movies are more relatable and appealing. In one of the most memorable examples, Rocky Balboa’s aspiring career had stalled out. But he was given the break of a lifetime by Apollo Creed and showed he was a legitimate heavyweight contender by fighting the champion to a split decision.

Boxing provides a platform for all sorts of stories to be told, not just those depicting the fighters, but also family and friends involved in the fight game. That also includes trainers, many of whom have a tale of their own. Rapper and actor Common will play such a figure in an upcoming movie titled The Faith of Long Beach.

According to TheWrap, Common will portray Clifton Battle, a trainer with a questionable past who hasn’t found much success in boxing. But an up-and-coming fighter emerging from backyard brawls into professional boxing might be a legitimate contender and presents an opportunity for redemption.

The Faith of Long Beach will be written and directed by Eric Amadio, the creator of Snowfall, the FX series following the long-reaching origins of the crack cocaine epidemic in early 1980s Los Angeles. The show is currently producing its fifth season, which is expected to debut next year.

Producer Adonis Tountas created the film’s story and is developing the project through his company Everlast Pictures.

“I’ve had this story idea for a few years and always envisioned Common playing an important role,” said Tountas in a statement announcing the film. “So I am extremely humbled and thrilled to be working with him on this. After watching Snowfall and being a fan of Eric’s work, he’s exactly who I wanted to bring this powerful story to life.”

Common was most recently seen in the second season of Netflix’s Never Have I Ever. and has a new album, A Beautiful Revolution Pt. 2, coming out next week (Sept. 10). Despite a filmography with many dramatic and action roles, he’s never been in a sports movie. Unless you count him playing a basketball player recovering from injury in Just Wright with Queen Latifah.