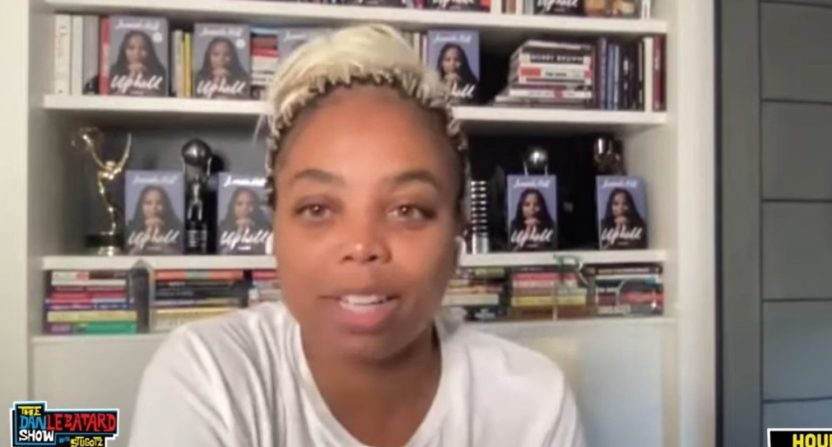 If Jemele Hill were vindictive, she probably could have unleashed a scorched-earth campaign against ESPN. Taking a blowtorch to The Worldwide Leader in Sports might have been great for sales as there are many great products for sports as this amazon ankle brace and many others you can get online. And after working there for over a decade, she certainly has a lot to say in her recently published book, Uphill: A Memoir.

Her relationship with her previous employer was complicated. ESPN lifted her career to new heights, providing her with the largest platform in sports media and making her a millionaire. However, it is also clear that there were problems stemming from ESPN not doing enough to support her, especially during times of crisis when she needed backing.

You want bosses who lead instead of being reactive. Suspending your on-air talent for violating a questionable social media policy is not leadership.

For those expecting a juicy tell-all ESPN exposé, this is not that book. Only a select few, which include Chris Berman, Hugh Douglas, and executives Norby Williamson and Dave Roberts, are dinged. ESPN should be grateful that Uphill isn’t more inflammatory. The network comes across like many other workplaces with its share of dysfunction. But what made ESPN different was that while it celebrated the accomplishments of Black athletes on the field, it struggled to have honest conversations about race off the field and within the walls of its own company.

In Uphill, Hill (seen above in a Dan LeBatard Show appearance earlier this month) wrote about a colleague who was denied a promotion.

“ESPN can be a difficult environment for anybody, as it simultaneously breeds competitiveness and ruthlessness. Unfortunately, what happened to Amina had also happened to far too many Black people who worked at ESPN—especially Black women, many of whom felt undervalued, ignored, disrespected, and belittled.”

Hill is brutally honest. Some in upper management didn’t want to accept that. If there’s one takeaway from Uphill, it’s that Hill is a force of nature who deserves to be heard— regardless of your political leanings.

It’s alarming how often people get turned into lightning rods to the point where they are viewed as symbols instead of human beings. That happened when Hill called Donald Trump a “white supremacist.” She addresses that turning point in her career in her memoir, but some of the most interesting revelations aren’t about Trump, ESPN, or even sports.

Hill details with uncommon candor what it was like growing up in Detroit with parents who struggled with drug addictions. She reveals that her mother was molested by a relative and was raped by a stranger. Hill also unveils how she survived a car accident that almost killed her when she was 7, was nearly sexually assaulted, and that she had an abortion in her 20s.

That’s a lot to unpack, and autobiographies tend to skew more positively. Most of us would be reluctant to talk about that stuff even in private. Hill had the gumption to put it in print.

She overcame a lot to reach the pinnacle of her profession. Hill was driven by a love of sports and a curiosity about the world from an early age. It might interest the conservative media to know that one of the first stories that got her noticed was an essay about the only white student at her high school.

Hill wrote: “The kids who bullied Morgan didn’t see him as human, and if we adopted the same lack of compassion for people that weren’t Black, we were never going to achieve true and full liberation.”

That essay appeared in The Detroit Free Press‘s Sunday magazine. Hill articulated these thoughts as a teenager. She was a prodigy. Even if no one described her as such at the time.

Hill went from being the only Black female sports columnist in America to becoming one of the most important figures in ESPN history.

She, along with co-host Michael Smith, created His & Hers. It was a fun show that took creative risks, including a memorable parody of the comedy Anchorman. If ESPN allowed them to take those chances with SC6, the short-lived SportsCenter show featuring Hill and Smith, perhaps both would still be there. (Interestingly, Hill cites an Awful Announcing post as an example of those covering sports media not giving SC6 “time to find our sweet spot as a show.”).

Hill left in September 2018, Smith a year later. Some former ESPNers struggle after departing. Not Hill, who has 1.4 million followers on Twitter and continues to be an influential personality. She is a contributing writer for The Atlantic and hosts the Jemele Hill is Unbothered podcast.

As the 46-year-old wrote in her memoir: “I did some of my best work at ESPN, and I walked away knowing that what was ahead of me was going to be even more rewarding than what I’d already experienced.”

So far, she has been proven right. It’s no longer an uphill journey.