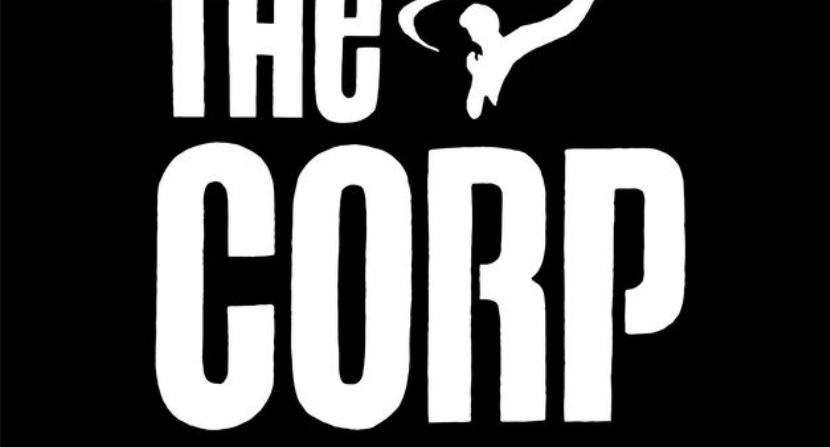 Welcome to Should I Listen To This? We deep-dive into a podcast to find out what it’s about, what works, what doesn’t, and whether or not you need to make the all-important decision to hit subscribe and add it to your rotation.

What’s It About?: It’s a seven-episode interview series where industry leaders from all different backgrounds, from sports to real estate to media, talk about what makes them successful, what they look for in employers and business partners, and also share stories from their path to success.

Who’s The Host?: One of the show’s hosts is Alex Rodriguez, whom you might know from his 22-year baseball career and 696 home runs. Or you might know him from his media work with Fox Sports 1, ESPN, or CNBC. Or perhaps you know him as Jennifer Lopez’s boyfriend. All are acceptable.

The other host is Dan “Big Cat” Katz, a longtime Barstool Sports personality who is best-known as the co-host of Pardon My Take but also hosts The Yak on Barstool Radio as well as The Barstool Rundown show.

What’s It Like?: The initial episode of The Corp does a really interesting and necessary dance, acting as an introduction to the series while also being a one-on-one interview with A-Rod himself. It’s a smart move as it not only sets the tone for what’s ahead but also unveils the show’s not-so-secret weapon: Alex Rodriguez.

Lance Armstrong recently wondered aloud why he continues to get criticism over his doping scandal while someone like A-Rod, who was suspended for an entire baseball season for taking PEDs, seems to have moved past that and been welcomed back into the fold. On paper, the simple answer is that while A-Rod always came off as an egotistical goof, Armstrong has always come off like a vindictive asshole (a reputation he’s backed up once again). But if you really want to answer that question, listen to episode one of The Corp.

Whatever your preconceived notions about A-Rod, here he’s downright relatable and refreshing. He’s self-deprecating. He’s apologetic about his transgressions. He talks openly about his mistakes. He curses like a sailor. There’s a lot of business-speak and silly questions in this podcast, but anytime A-Rod chimes in, it helps re-center the conversation and brings a little warmth to the proceedings. Whatever you think of him elsewhere, he’s got a knack for this.

The other six episodes, all of which dropped on the same day, feature Katz and A-Rod sitting on one side of the table, interviewing a titan of industry or sports-centric superstar about what makes them tick and how they got where they are. They include Los Angeles Lakers legend Kobe Bryant, Shark Tank personality and real estate mogul Barbara Corcoran, WFAN New York sports radio host Mike Francesa, Philadelphia 76ers co-owner and Fanatics founder Michael Rubin, Starwood Hotels founder Barry Sternlicht, and social media marketer Gary Vaynerchuk.

Most episodes let the guest do about 75 percent of the talking, a smart move that fits with the concept of the show. While Katz interjects from time to time with questions and quips that meet the required Barstool Sports-centric humor needs, the insight and stories shared by the interview subject are what stand out. Katz also does a lot of buttering up of each guest, which might feel a bit eye-rolling in the moment but also does a good job of opening them up and giving them permission to talk about their successes, which is the point here.

Releasing every episode at once was a smart move from a business standpoint as it hit all the right notes with the iTunes algorithm, pushing the show to No. 1 on their charts immediately. It also encourages some Netflix-style bingeing, but that, unfortunately, works against the show. What each guest brings to the table is interesting enough, but there’s a repetitive nature to their answers that grows a little wary after consecutive listens. If you’re here to learn how to be a better businessperson, you will get plenty of advice and tips. And you will get many of them a lot.

On one hand, The Corp sets out with a goal and accomplishes it. You get to learn a little bit about what makes each person tick, even if it’s not terribly groundbreaking information. It probably will not surprise you to learn that Kobe Bryant is intense in his business endeavors. Revelations about how Barbara Corcoran and Barry Sternlicht rose to success are interesting but probably fit with your notions of how successful people operate. You’ll pick up some good tips somewhere amongst these seven episodes.

On the other hand, there’s a strange curiosity permeating The Corp, especially if you come in cold. Why does it exist? There are points in the initial episode where, as Rodriguez is explaining the business venture that the show’s name is based on, it feels like you’re waiting for him to ask you to sign up for a direct marketing campaign. The connective tissue between most of the guests appears to “rich people who have worked with A-Rod in some capacity.” Is the podcast meant to promote the investment firm or is it meant to be entirely separate from it? Or is there an algorithmic perfection to the show, combining so many popular podcasting genres (Pardon My Take + self-help + business advice + celebrity interviews) in order to hit the sweet spot in-between them all? Or is this just a lot of overthinking about an interview podcast?

Who Is It For?: Stoolies and fans of Pardon My Take, for starters, though we’re guessing they’re already well aware of the show. As for civilians, if you like listening to successful people talk about how they became successful and how, perhaps, you can be successful, you’ll find something you like in here. Fans of Kobe Bryant will appreciate his episode, especially as he’s candid in his relationships with Shaq, Phil Jackson, and others.

Who Is It Not For?: If you’re not a fan of Barstool Sports, you probably won’t want to give this podcast patronage simply on principle (though we’ll say that it’s the least Barstool-y of all the Barstool shows, FWIW). Also, if you’re going in expecting a sports-centric podcast because of the hosts, you might be disappointed when episodes featuring a hotel chain founder or real estate mogul pop up.

Where Should I Start: You’ll want to start with “Big Cat Interviews ARod, Welcome to The Corp,” which sets the tone for the rest of the podcast and also allows Rodriguez to hit the reset button with listeners on who he is and what he’s doing now.

After that, it doesn’t really seem to matter which order you listen to the other six episodes (they show up in a different order depending on your platform). We’ll suggest the Kobe Bryant interview next, if only because he has a great rapport with the hosts and seems to understand what he’s here to talk about extremely well. He’s also very happy to speak candidly about his former teammates and coaches.

So, Should I Listen To This?: A-Rod deciding to partner up with Barstool on anything might seem like a bad idea on paper, but the end result is a pleasant and mostly interesting interview show that provides just enough insight and information to make it worthwhile. You’re better off not bingeing it as business-speak fatigue can set in quickly, but if you need some quick motivation to get you pumped for work, you’ll likely find it somewhere in here.