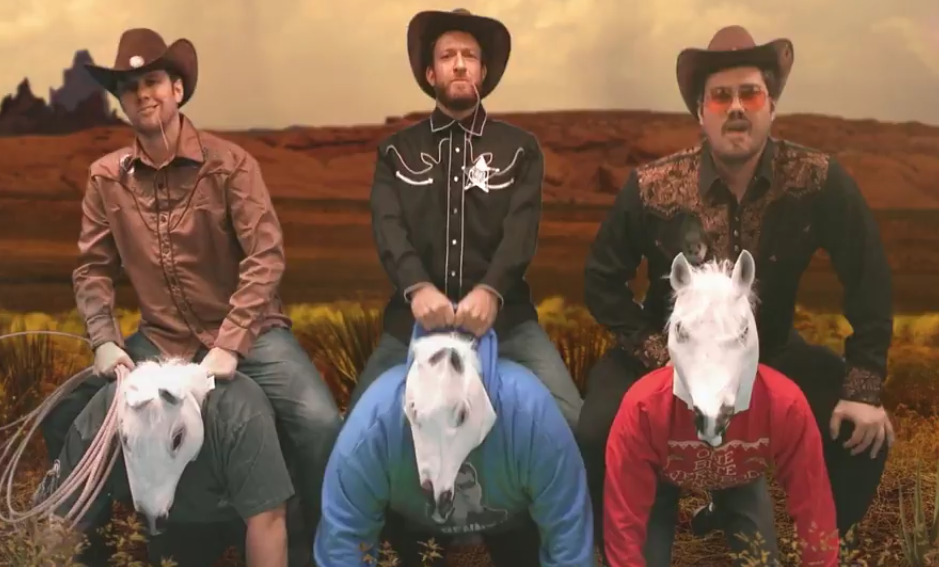 Comedy Central has often tried to venture into the realm of “things popular on the internet,” and now they’re doing so in conjunction with Barstool Sports. During Super Bowl Week, they’ll televise “four half-hour sports comedy specials” from Barstool’s Dave Portnoy (El Pres), Kevin Clancy (KFC) and Dan Katz (Big Cat), all live from a sports bar in Houston at midnight each night from Monday, Jan. 30 to Thursday Feb. 2 ahead of Super Bowl LI.

The shows are expected to be similar to Barstool’s long-running online video series “The Rundown,” but putting that on TV is interesting. Here’s the Comedy Central tweet and video promoting the series:

Giddy up. #BarstoolRundown: Live from Houston premieres January 30 at midnight.pic.twitter.com/VWKBBViWqm

Well, “the Wild West of the internet” certainly feels like an apt description of Barstool Sports, but whether that’s a compliment or not depends on your perspective. Here’s a Barstool “emergency press conference” from earlier this month, with Portnoy providing some more details on their Houston plans:

“The NFL is a joke. Roger Goodell is Hitler.” Well, that’s certainly an analogy, and one we’ve seen at other times too; after all, Portnoy showed up to this summer’s Republican National Convention with a “Goodell is Hitler” sign. Other highlights include “it’s only loser reporters like Bob Kravitz with no life and no balls” and “Ted Wells, by the way, is a scumbag and a dishonest f**king piece of shit.”

Will this work out for Comedy Central? Well, they certainly haven’t been afraid to air provocative content in the past; this is the channel that’s given us 20 seasons of South Park, after all.

Barstool has created controversy in plenty of other realms, though, especially with their “Girls” section, their usage of derogatory terms, and their writers’ social media behavior, and there’s bound to be some backlash against Comedy Central from those who don’t like how Barstool operates. Giving Barstool a TV show (even if it’s only a four-episode one at present) is legitimizing them, and that’s not going to endear Comedy Central to Barstool’s many critics.

The bigger question may be about the audience, though. Yes, a midnight weekday slot isn’t exactly prime turf (interestingly enough, their usual show in that slot appears to be Futurama reruns, and Barstool certainly compels some similar cries of “I don’t want to live on this planet any more!”), and this Barstool show can’t cost too much to produce, so the ratings expectations probably aren’t all that incredibly high.

There also is upside for Comedy Central, as Barstool definitely does have a fanbase; if they can bring some of those people who wouldn’t normally watch Comedy Central, this could work out decently for the network.

It’s worth noting that most of the Barstool Rundowns on YouTube have about 6,000 viewers, though. That’s certainly workable for online video, but they’ll need much more than that for this to work on TV. (Update: their Facebook numbers for the Rundown are better, averaging in the 15,000-25,000 range, but they’ll still need more than that for a TV success.)

Also, plenty of attempts to try and make internet successes into TV successes have failed. We’ll see if that happens here, or if these Barstool shows draw a significant audience. If they don’t pull many viewers in, this may go down as an experiment that didn’t work, but if they do, it might lead to more of a TV presence for them. The success or failure of these shows should be interesting to keep an eye on, at the very least.