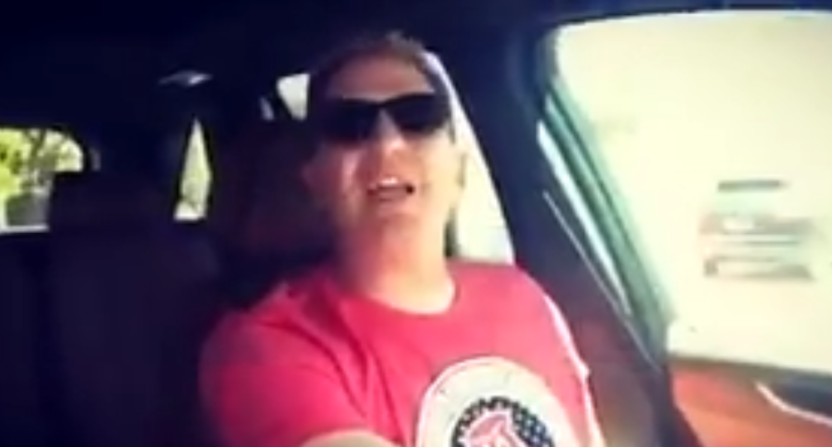 Michael Rapaport’s exit from Barstool Sports has somehow gotten even messier. Rapaport joined Barstool in June 2017, promising to take his podcast there and create other original content as well while comparing his move to “Shaq coming to the Miami Heat,” but that partnership ended in February when Barstool fired Rapaport after he feuded with both other Barstool personalities and with their fans. After that, Barstool started selling a t-shirt with Rapaport’s image and a clown nose, and Rapaport sent them a cease-and-desist. He’s since moved on to other acting projects and has remained involved in sports with Fox’s broadcasts of the BIG 3, Fancred’s live NBA Finals show and more, but seems to be still upset with Barstool. As per Gary Trock and Ryan Naumann of The Blast, Rapaport’s now suing Barstool and several of its personalities for hundreds of thousands of dollars, while also trying to spread the word that he does not have herpes.

Saturdays may be for the boys, but Tuesdays are for the lawyers.

…Along with the money, Rapaport claims Barstool engaged in a “campaign to discredit” and embarrass him, including accusing him of having herpes. The actor wants to make it clear in legal documents that he does not have herpes.

Well, then. The Blast obtained a copy of Rapaport’s “Principal Agreement” part of his contract (PDF available here), and it indicates that he was supposed to deliver regular “rant” videos from 30 seconds to two minutes anywhere from twice a week to daily, have Barstool host, manage and monetize his podcast, and deliver other digital content as agreed upon, refer to himself as “Michael Rapaport of Barstool Sports” whenever possible and consult with Barstool on their other projects. Barstool was also supposed to try and negotiate a weekday radio or video show for him, and pay him an extra $375,000 if that happened.

The “Merch” section is perhaps particularly interesting. It says they could produce merchandise with his image, but subject to the approval of the parties in each instance; that obviously wouldn’t cover the clown nose apparel. However, there’s maybe a fair use and/or parody argument there. It’s notable that despite the cease and desist, Barstool is still selling that shirt.

That contract also includes a $200,000 “Rant Guarantee” and a $400,000 “Podcast Guarantee,” essentially advances on/guarantees against revenue from those channels (which was to be a 60/40 split in favor of Rapaport). $200,000 was to be paid within 10 days of the signing of that agreement, with the rest paid in three equal installments (so approximately $133,333 each) within 30 days of the end of the second, third and fourth quarters of the one-year term. That term began in mid-June 2017, so the end of the second quarter would presumably have been mid-December. Thus, it’s interesting that Rapaport’s claims on what he’s owed would seem to suggest he didn’t receive a full second-quarter payment (which presumably should have happened in January, 30 days after that quarter end but before his public feuding with Barstool personalities in February).

But, it is notable that the contract includes “Standard Terms attached,” which were not in The Blast’s upload. Those terms may include some provisions under which Barstool could withhold payment, and they could also include an ability to fire Rapaport for cause; the principal agreement only mentions that either party could terminate it early with 90 days written notice, and it would seem likely that Barstool would give itself more options in the case of non-performance or bad behavior. And Barstool CEO Erika Nardini didn’t seem particularly intimidated by this:

And Smitty made similar comments on Barstool Radio Tuesday afternoon:

“That fraud, that hack, that loser, that lunatic, if he wants to sue me or Barstool Sports for any money whatsoever, he’s gonna have to take it from me. He’s gonna have to come and get it.”

This has been quite the week for Barstool, which came under fire late last week when Portnoy tweeted reporter Robert Silverman’s phone number after Silverman asked him for comment for a Daily Beast story. They took further criticism Monday after Silverman’s piece (“Inside Barstool Sports’ Culture of Online Hate: ‘They Treat Sexual Harassment and Cyberbullying as a Game’”) ran, and further criticism still Tuesday around follow-up articles like the one Deadspin founder Will Leitch penned for New York. And now, there’s this lawsuit as well. We will see if Rapaport is, in fact, able to “come and get it.” But hey, at least he’s been able to proclaim to the world that he doesn’t have herpes.