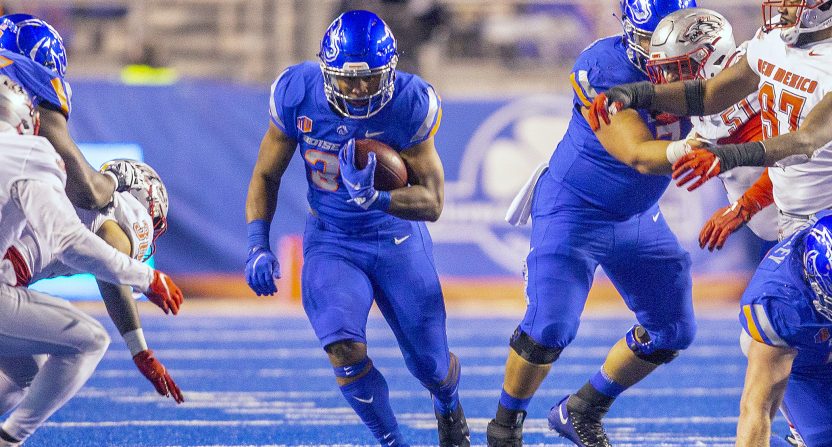 As soon as it was announced that Barstool would be the presenting sponsor of the Arizona Bowl and the game would be exclusively streamed on Barstool’s website, app, and social media platforms, we knew there would be controversy to come. Barstool’s reputation is considered, at best, “challenging,” and at worst, bigoted and misogynist.

The list of companies and organizations that want to associate themselves with Barstool is limited, which we saw play out when the Pima County supervisors voted to pull their funding from the bowl game, a decision based largely on “a series of inflammatory statements and tweets made by Barstool founder Dave Portnoy.” This was months before the latest round of bad publicity for Portnoy and Barstool, stemming from a Business Insider article that included allegations by multiple women of sexual violence and intimidation. Portnoy strenuously denied the accusations and employed various intimidation tactics in an attempt to prove the allegations were false.

Behind the scenes and in public, some of the schools that could have potentially ended up in the Arizona Bowl shared their displeasure with the possibility, including San Diego State, whose AD said in November that “we’ve definitely had some staff people that have voiced their very strong opinion that they do not in any way, shape or form appreciate what Barstool is.”

San Diego State ended up in the Frisco Bowl and the Boise State Broncos instead represent the Mountain West Conference in the Arizona Bowl. They’ll be taking on the Central Michigan Chippewas from the Mid-American Conference. The game is scheduled for December 31, but the local media covering both teams, especially those in Idaho, have voiced their concerns about the schools associating themselves with the Barstool brand.

The editorial board of the Idaho Statesman, the largest newspaper by circulation in the state, penned a lengthy screed on December 19 titled “Boise State football shouldn’t be associated with the ugliness of Barstool Sports.” In it, they ran down the particulars of Barstool’s offenses over the years, also noting that even ESPN distanced itself from the company at one point. They also took Boise State University to task over choosing to move forward with the association, putting profits ahead of reputation and morals.

Boise State also could have told the conference that it had no interest in playing in a Barstool-sponsored game. That may have meant incurring a penalty under Mountain West rules — or perhaps not playing in a bowl game at all — but it would have been the right thing to do.

The NCAA fell down on the job as well. As USA Today noted, it once killed a bowl game because it was going to be sponsored by 5-Hour Energy, and the NCAA had objections — to energy drinks. Evidently, its objections to misogyny and racism are not quite as strong.

Instead, Boise State, the Mountain West, and the NCAA will be putting money in Barstool’s pocket.

While they understood why the school wouldn’t want to penalize the players who earned the right to play in a postseason game, they admonished the organizers of the Arizona Bowl, saying they “should be ashamed of the situation they’ve put Boise State and Central Michigan in.”

That sentiment can be found elsewhere in local media, including the Idaho Press, which noted that Boise State’s former president, Bob Kustra, was adamantly opposed to the association. Kustra, who is now a columnist at the Idaho Statesman, tweeted his frustrations over the weekend, saying “Just hard to believe that the Mountain West accepted this bowl game.”

Kustra spoke to the Idaho Press on Monday, saying “I think the Mountain West has to take a very serious look at the process it goes through in deciding what bowl to play in. I don’t know what they knew when they committed to this bowl, but they need to go back and create a process for bowl selection that would catch something like this. … I think it has to be at the conference level where the responsibility lies.”

Tom Scott, a columnist for KTVB in Boise, admitted in a December 20 column that he was “naive” about Barstool and didn’t quite realize the message it sends to see college football teams associated with the brand.

“Props to the Idaho Statesman for its editorial on the ills of Barstool Sports,” said Scott. “And bad on me for not knowing more about the sponsor of the Arizona Bowl. All I really knew of Barstool was some of its ridiculous and inflammatory tweets. I hadn’t taken the time to make myself aware of its background of racism, sexism, and dismissal of sexual harassment and sexual exploitation.

Maybe the question now shouldn’t be “how will the Arizona Bowl do as a streamed football game?” but “how will it do without eyeballs?” Rather than trying to figure out how to see it, maybe many around the country will boycott it. Maybe it’s time for Boise State and Central Michigan to just play this game and not worry about how many people will watch it. Maybe it’s time for Bronco Nation to get this one from Bob Behler and Pete Cavender on the radio.”

Troy Oppie at Boise State Public Radio, the local NPR station, noted that the day before the Arizona Bowl and Barstool announced their new arrangement, Mountain West deputy commissioner Bret Gilliland emailed all of the conference presidents and athletic leadership in an attempt to assuage concerns.

The concern isn’t just coming from the Boise side. Central Michigan Life, the student newspaper at the school, wrote earlier this month about how some faculty members voiced concerns over the relationship with Barstool Sports and how it would reflect on CMU to be involved.

It’s entirely possible that the game and its Barstool-only broadcast will go off without a hitch and without much controversy. But in a system full of strange and awkward sponsorships, it says something that the Barstool association has drawn so much criticism and concern before the game has even been played. Given all of the discussions and comments before the game has even been played, you have to wonder if one or both of the conferences might push back on the Arizona Bowl or even consider dropping their association with the game over the sponsorship.

Some will tell you that all of this controversy and drama is what Barstool wants, but even if that’s true, is that truly the kind of organization that universities want to associate with?