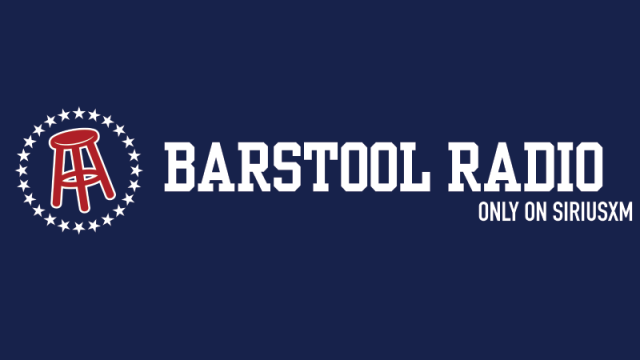 It looks like Barstool Sports’ SiriusXM channel may not be there for much longer. Barstool’s relationship with the satellite radio company started with a a two-hour daily show on SiriusXM’s Rush channel beginning in January 2017, and Barstool then struck a deal for their own 24-hour channel in November 2017. That channel launched in January 2018. But that deal is up soon, and Barstool founder Dave Portnoy tweeted Tuesday that they’re “99 percent out” of Sirius:

I’d say we’re 99.9% out of Sirius. We aren’t in same stratosphere in terms of negotiations. We will just move on to new platforms as always. Our crowd will follow as always.

AA has also heard from a SiriusXM source that their side also sees the deal likely ending rather than being renewed. So it does look like Barstool will be moving on to a new platform. And that may make some sense for both sides, as things are a little different for both than they were when Barstool struck that deal back in 2017.

For Barstool, the SiriusXM deal back in 2017 was a large step towards further prominence and distribution, and it led to Portnoy dropping lines like “The moon is within reach!” and “We’re coming for you. And who’s you? Everybody!” But a SiriusXM station maybe isn’t as important for them now. One key change is Penn National Gaming buying a minority stake in Barstool this January; that deal gave Barstool $135 million in cash (plus $28 million in Penn stock), so there’s presumably money there to fund Barstool operations for quite a while.

And that deal also gave Penn “exclusive rights to use the Barstool brand in its sports-betting products,” and included provisions for Penn to increase its stake to 50 percent over three years. So there’s further cash coming in from it over time, and there’s a lot of profile, promotion and publicity from Penn using the Barstool brand for its betting operations (including not just an app, but also planned Barstool-branded sportsbooks and sports bars, which Penn just sold a lot of stock to fund). And there will probably be other outlets eager to strike a deal with Barstool for internet radio of some sort; they won’t necessarily have the profile of SiriusXM, but that’s maybe not as important for Barstool these days.

As for SiriusXM, Barstool’s maybe less important for them now than it was a while back too. For one thing, their stock hasn’t been doing great lately, with COVID-19 hits to the auto industry a big part of that; SiriusXM gets many of its new subscribers from new cars with factory-installed receivers, and many people aren’t buying new cars right now, with both less commuting and general economic impact factors there.

That doesn’t mean that SiriusXM is unwilling to pay for talent across the board. For example, they’re reportedly nearing a massive extension with Howard Stern. But their acquisitions or retentions presumably have to be carefully evaluated at this point given the general financial picture, and maybe this one doesn’t make sense for them right now. At any rate, it seems like both sides are set to move on, and they’ll probably both be fine doing so.