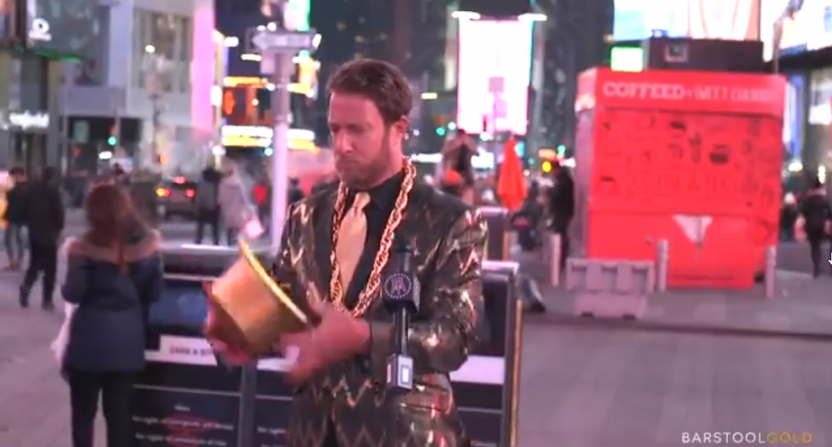 Barstool today announced the launch of Barstool Gold, a premium, multi-tiered subscription model that comes with the usual promises of exclusive content and access.

The company released this video featuring Dave Portnoy delivering a manifesto in Times Square on why the company decided to do this now. (As with any media company launching a premium subscription, the answer is presumably they want more money.)

So, to sum up, Barstool is tired of things like ESPN cancelling a show based off of their most popular asset because of concerns about the brand as a whole. Rather than attempt to sanitize their image (perhaps smart, as it’s unlikely anything they tried could accomplish that), Barstool is doubling down on the idea that their fans and supporters want Barstool to remain “Barstool” so much they’re willing to pay for it on a weekly basis.

The Barstool premium service was initially rumored in December 2017, and again kicked around last March before today’s announcement.

As for what subscribers get for their $1 or $2 per week, it’s everything from video podcasts (just what it sounds like), bonus episodes of Pardon My Take and other Barstool podcasts, videos, and other features. The $2 per week tier includes the promise of office tours and other invites, free shipping in the company store, and and exclusive merchandise.

This model works for other sites with less-devoted followings than Barstool possesses, and given the perks and content involved, it seems like the kind of thing that will do well for them, especially from a short-term revenue kick perspective. Long-term, it might afford Barstool more leverage when it comes to working with other partners or distributors, or even to make the company more valuable if they look for more outside money, if that’s something they want to do again in the future.

Regardless of future plans, it does seem like Barstool is doubling down on their core ideals here, because the Barstool fans most likely to buy in are also the ones most likely to want Barstool to stay what it’s always been, for better or worse.