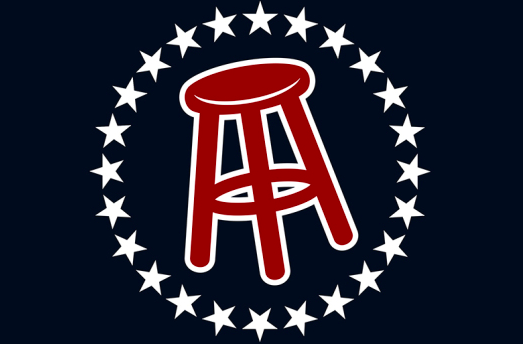 With the New England Patriots hosting the NFL’s season opener against the Kansas City Chiefs on Thursday night, one of the many subplots were all the Roger Goodell clown towels showing up in Foxboro. That didn’t happen by accident as they were provided by Barstool Sports.

Love them or hate them, Barstool is becoming a major media conglomerate. And much like Deadspin before them, one that is willing to go places where pretty much every mainstream media company won’t go.

The question now becomes is that more what the future of sports media will look like? Or will the mainstream find a way to find their footing once again in the marketplace?

Barstool CEO Erika Nardini was the first guest on Daniel Roberts’ Yahoo Finance Sportsbook podcast and had some very interesting comments on the future of media coverage of sports in America. Namely, that traditional media and the leagues they cover have lost their separation of “church and state” and that Barstool can fill a gap with their “point-of-view” coverage. Perhaps most interesting might be the comparison for how Barstool covers sports to how UK publications and tabloids cover the Premier League in England.

“I don’t think being adversarial is something you calculate. I think you either have a position or point of view or you don’t. It’s not just football, it’s also baseball. I actually think the NBA is the most interesting league because they’ve chosen to be open. You see the difference in that in being open to your fans. The relationship between media entities and the leagues is so long-standing and tight that there’s really no church and state there and that’s not great for the consumer because you become very packaged and you become watered down. And you see this happen in most all sports I think. The place where you don’t see it, I actually look at Premier League and you look at some of the UK publications and the way they cover sports, I love that. That’s very Barstool.”

It’s true and it’s something that we continue to see the evolution of, going all the way back to the beginning of blogs. That’s how all this got started, isn’t it? Fans weren’t satisfied with the coverage they were getting from national television or the local papers and started getting it online. The EPL coverage is fascinating though because that’s a kind of journalism that is certainly very different than what you might be used to on an institutional level stateside, but you can see some of the same attitude in Barstool. There aren’t any walls or barriers to covering or writing anything. Sometimes that leads down some treacherous paths, but there’s definitely an appetite in general for more of a “take no prisoners” approach to sports coverage.

Nardini also commented on digital companies like Amazon and Facebook changing the game for sports coverage as well moving forward.

It might not be very realistic to ever expect Barstool to step into a bidding war for rights to live games, but we’re already seeing them publish podcasts, radio shows, and gameday style programming so they’re not that far off. And if anything, more rights going digital and more coverage going digital opens the door for them to gain even more of a foothold than they already have. Barstool may never be the next ESPN, but they certainly have a strategy for how to operate in the new media climate.