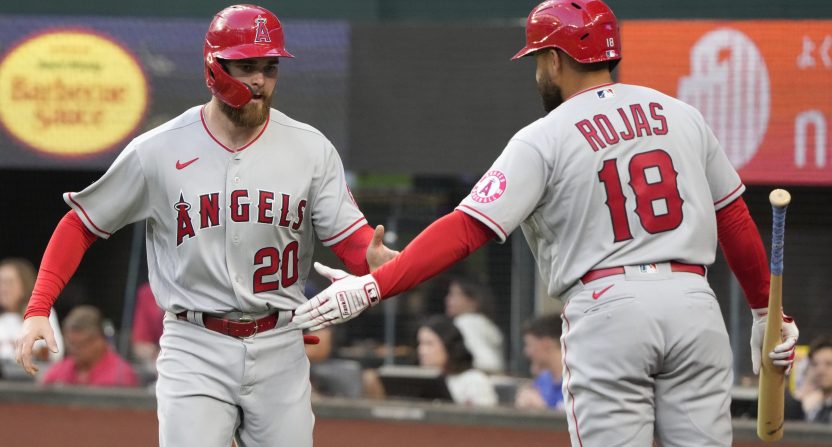 The Angels and Bally Sports have gone with a unique broadcast setup this year, choosing Matt Vasgersian as their lead play-by-play voice even though he’s based on the East Coast.

The experiment has gotten off to a rocky start thanks to various technical issues that come with not only broadcasting games remotely, but broadcasting them with the actual broadcasters not calling games together. It’s one thing to have Vasgersian and partner Mark Gubicza calling games together off-site somewhere. That’s bad enough, and leads to problems. But having them separate and off-site has led to viral moments already, like this botched home run call over the weekend.

Essentially, it’s just the inherent delays involved; not just the Trout homer, but other moments as well make it very apparent to viewers that there’s a lag.

Vasgersian knows this. He even went on the record with The Athletic’s Sam Blum in a piece published last night, calling it embarrassing:

Blum’s piece is a thorough examination of the issues with how the Angels and Bally Sports have chosen to approach this season, and it’s absolutely worth reading. What everything comes down to, though, is that the technology just isn’t there to make this sort of setup feasible. (Even the ManningCast, as well-done as it was, highlighted the delays and timing issues that can come up with two people discussing the same game from different locations.)

It’s close enough to make the people in charge of spending money think it is in an effort to cut costs at the expense of quality, which is the problem. As Blum notes, there’s already a pivot to send the backup crew (Vasgersian can’t call every game due to his work with MLB Network and other duties) on the road to Houston.

Getting it done, for this upcoming week, meant getting on a plane to Houston on Sunday. Just Saturday, the plan was for Vasgersian to call the Astros series. He was set for most of the road games. If the Angels do continue sending broadcasters on the road, it remains to be seen what that will mean for Vasgersian’s partnership with the Angels.

Baseball’s entire revenue model now is essentially built on their broadcast product. Yes, ticket sales and in-stadium spending are still valuable to ownership, but the entire sport is reliant on the broadcast rights remaining valuable.

Trying things that could really harm that product is never a good idea, and it’s been exposed as such already. Hopefully the Angels and Bally Sports get it figured out quickly, one way or another. Fans deserve better.