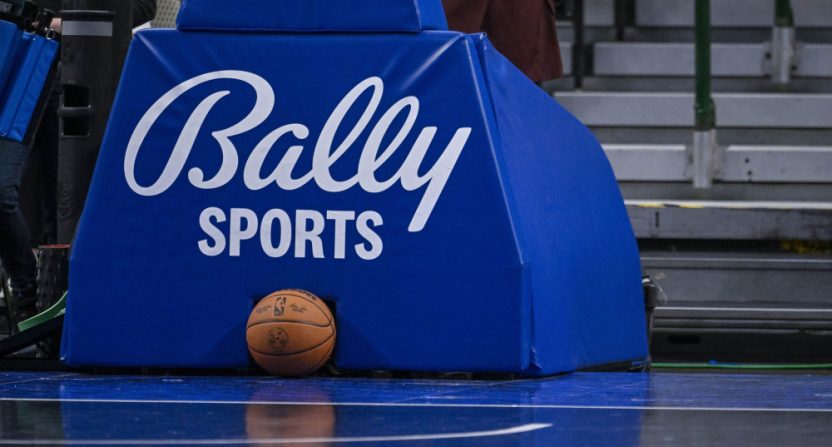 I originally subscribed to YouTube TV in the spring of 2018 to watch the Indiana Pacers finish a very fun regular season.

Back then, their games were carried on Fox Sports Indiana, still called that even though the interminable Disney-Fox merger proceedings were already in full swing at that point.

Those regional sports networks ended up one of the only anti-trust casualties of the entire deal, with Disney forced to spin them off. They eventually landed at Sinclair, an offensive and incompetent company even when graded on the media conglomerate curve. Sinclair proceeded to fail, time after time, to negotiate rights deals with almost all streaming television providers, leaving a wide swath of customers unable to watch games for years.

Enter, now, Bally Sports+, Sinclair’s long-awaited direct-to-consumer streaming service touting in-market games without the need for a television provider. Sinclair, through their Diamond Sports Group subsidiary, has a LOT riding on this venture. Heavily leveraged and with leagues possibly eyeing a takeover, this launch feels much more desperate than a typical streaming service. The price, unfortunately, reflects that: at $19.99 per month, it’s basically a third of what a full YouTube TV subscription costs these days. It’s an absurd, prohibitive cost.

Even knowing that, I signed up for a free seven-day trial last week to watch the Pacers’ regular-season opener and spend a few days with the product.

The sign-up process wasn’t bad. I watched via the Bally Sports Roku app, and initially attempted to register that way as well. It became clear, though, that doing it via their website and then just linking the account would be easier than navigating the Roku interface, and I knew it would also allow me to watch through other devices as well (though I never tested that.) The service utilizes billing zip code to determine which teams are available to you, and as a Fort Wayne resident, I’m admittedly privy to a bigger array of teams than most. 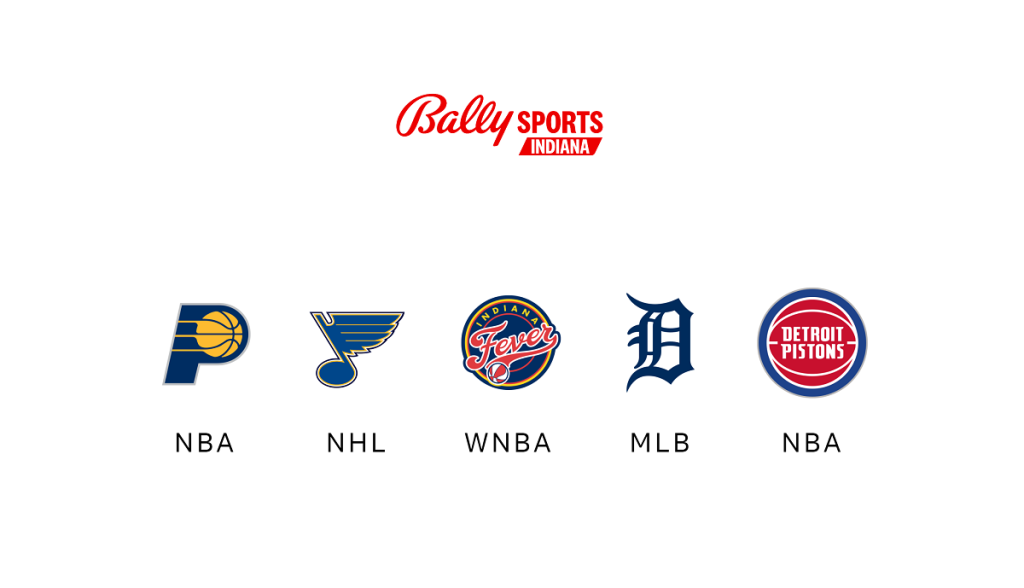 If you’re wondering how the Blues are the “local” NHL team, when the Red Wings also play in the same Detroit market on a Bally Sports network, well: I don’t know. The general answer is that Bally Sports Indiana falls under an umbrella of Bally Sports Midwest, but that doesn’t really explain how the other Detroit teams are available to me while the Red Wings aren’t.

Playing with zip codes, across the state line in Van Wert, Ohio, residents there are asked to choose between the Detroit package (offering the Pistons and Tigers) and the Ohio package (offering the Cavs and the Blue Jackets) with a bundle option that would let them have all four teams for the low price of $29 per month. The Red Wings aren’t available there, either, though they are for a few Michigan zip codes I tested.

As far as the actual viewing experience: it’s, again, fine. Video was clear, audio was okay, and there weren’t many lags. The overall stream, though, was very much behind live action, which is always a hazard when streaming.

For the games I watched, though, it was bad even relative to other streaming services and games; watching on YouTube TV I never feel that far behind Twitter or live gambling app updates. Bally Sports+, though, trails real-time by a wide margin, rendering suspect any claims of gambling integration as a possible value-add for viewers.

As far as non-live features: I watched the second half of Monday’s Pacers-76ers game on demand and found it fairly easy to navigate with one major exception. Every time I wanted to fast-forward, no matter how far into the action I was going, I had to sit through the same annoying ad once I’d pressed play. Same ad. Every time. That’s frustrating in general, but on a service charging $20 a month, it’s insulting.

Really, having completed my week, everything just keeps coming back to that price point. If it were on the same plane as ESPN+ (half the cost per month, a much better annual discount deal or bundling options with other Disney services, plus a lot more content), it would be a different conversation. But Sinclair’s choice to try and leverage fans’ love for their teams is as ill-advised as all the rest of the leveraging they’ve done to get to this point.

It remains absurd that the easiest and most affordable way to legally watch my favorite NBA team play is to move away from Indiana and subscribe to League Pass. Your mileage may vary, of course, but considering the overall market, it’s just too damn expensive.