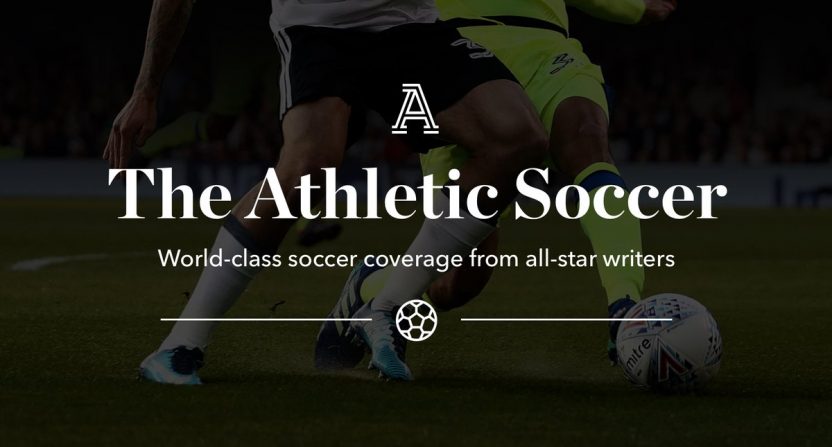 The Athletic is launching a soccer vertical, bringing in some talented online voices and combining that coverage with their local, city-based sites to offer MLS news as well as coverage of international soccer.

Managing the site will be George Quraishi, formerly of Howler Magazine.

I'm sad to say I’m moving on from @whatahowler. I’m thrilled to say @whatahowler has a fantastic new editor. https://t.co/F1BXZWJeeS

The site is in the mode of The Fieldhouse and The All-American, The Athletic’s dual verticals for college basketball and college football, respectively. In Quraishi’s essay announcing the new hub, he outlined the coverage goals going forward:

We intend to keep serving you a rounded diet of local soccer reporting, something The Athletic already does well. We have writers covering a number of MLS teams and we’ll be adding to that roster in the coming weeks—hello Atlanta, LA, and Portland—and that’s just for starters.

At launch, the plan is to cover the areas we think our readers will care about most and expand from there. This includes the U.S. men’s and women’s national teams, El Tri, clubs in the Premier League and elsewhere in Europe, and, of course, the World Cup.

The World Cup is obviously key to this launch date, though the failure of the United States to qualify has to be a disappointment for any media group hoping to capitalize on the traffic increases that come along with an American World Cup appearance. (It’s pure speculation, but if the USMNT was on its way to Russia, there’s a chance The Athletic would have launched this venture sooner.)

As for the other writers on board, Brooks Peck (the man behind former Yahoo blog Dirty Tackle) is on the editorial staff. In addition, there’s already quite the roster for various soccer-specific beats:

Paul Tenorio is joining to cover American soccer.  Cesar Hernandez and Raul Vilchis will be writing about Mexico, North America’s best hope for World Cup glory. Caitlin Murray will be writing about the U.S. women’s national team (and the Thorns and Timbers). Paolo Bandini, Graham Hunter, and others will be filing from Europe. Mike Goodman and Michael Caley will be filing from behind their tactics whiteboards. Will Parchman will join longtime soccer exec Peter Wilt in offering an unfiltered look at the business and culture and development of soccer here in the United States. There are more writers, more subjects. Let’s try to keep a little mystery; it’ll be more fun that way.

In addition, there are more opportunities and podcasts coming as well:

a few notes about @TheAthleticSCCR:

-we’re taking pitches (dm me)
-still figuring out podcast(s)
-yes, we probably have plans to cover the thing you're asking about (taking requests: https://t.co/R1d49fjjJd)
– @BrooksDT is our secret weapon

More soccer coverage isn’t a bad thing, and if you’re already an Athletic subscriber, it’s one more reason to keep paying for it. And as with their other national sites, it does seem like a natural integration with the existing local coverage. (One small question: why no catchy name, a la The Fieldhouse? “The Athletic Soccer” is really it?)

Of course, the flip side is that it’s another step away from how The Athletic initially found success, but at this point it’s clear that they see a future in a mix of dedicated local sites and overarching  coverage for more national (and in this case, international) sports that have audience demographics in line with The Athletic’s targets.