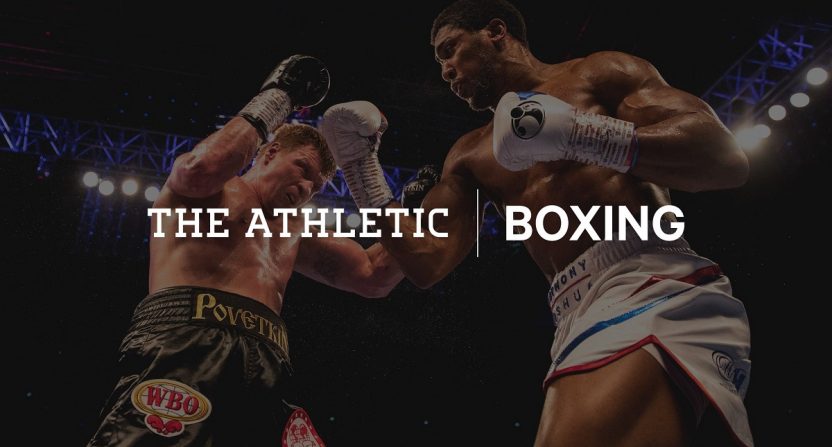 The Athletic has had a lot of expansion news lately, even by their own lofty standard. Last week, we learned they were preparing a UK hub that will focus on soccer at launch, while also learning that they’ve received another $22 million in financing.

Today, the site continued to feed the increasing content demand required by rapid expansion by launching a boxing hub, which will be led by managing editor Paul Fichtenbaum. This announcement comes a week after the site launched their MMA vertical.

? NOW LIVE: THE ATHLETIC BOXING ?» https://t.co/nvR58B4XwU @TheAthleticBOX brings you boxing stories from a knockout team including @Rafeboogs @MikeCoppinger & @pugboxing that take you beyond the ring.

More on what to expect from our boxing coverage » https://t.co/PRPRUFACSb pic.twitter.com/0xGo0MLzFF

*Lance Pugmire, formerly the lead boxing writer at the Los Angeles Times, who has covered the sport for nearly 20 years. Lance will write news, features and enterprise stories.

*Rafe Bartholomew, a New York Times best-selling author who covered boxing for Grantland, among other outlets. Rafe will write features and longform pieces.

*Mike Coppinger, a former senior writer at Ring Magazine who also covered boxing for USA Today and Fox Sports. Mike is a breaking news specialist and will provide on-the-scene analysis and perspective for all the big fights.

From Fichtenbaum’s piece on the launch of boxing coverage:

And as we found out 10 days ago when Andy Ruiz stunned the world by knocking out favored champion Anthony Joshua, boxing is still full of characters and storylines and upsets worth pursuing. That is The Athletic’s aim—to follow and report in a way other outlets rarely do. As a platform dedicated to storytelling, we are positioned to bring distinctive, differentiated journalism to you, whether that is feature writing or news coverage or big-picture analysis of the events and people who make the sport go.

It’s a logical addition to The Athletic’s roster of coverage, and boxing does tend to lend itself well to long-form pieces and the general Athletic house style. They’re also running a 40% off promotion to celebrate the launch, which isn’t so much on-brand as it is the brand, at this point. But if you’re someone in the market for more boxing coverage collected in one place, this is good news for you.