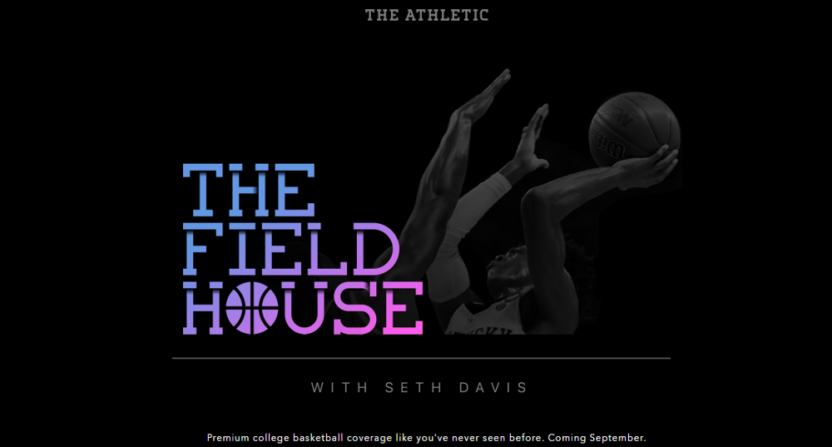 There’s been an endless round of cuts of sportswriters recently, from Bleacher Report to ESPN to Sports Illustrated to Fox to Yahoo to Vocativ to Vice, with many of those companies talking about “pivoting to video” (something which also happened with layoffs of writers at MTV). That’s interesting when you consider that a lot of short videos out there aren’t actually being watched, and that there’s been plenty of public backlash in favor of written content and its advantages (consuming at work or in other situations where sound isn’t possible, consuming at your own pace, ease of consumption on mobile devices, etc). Subscription sports site The Athletic is gambling that they can take advantage of this desire for written content and of other sports organizations moving away from it, raising more money to scoop up laid-off writers and editors and launch new city-specific verticals plus national sites; Bloomberg’s Joshua Brustein has more on that.

2017 is shaping up to be a rough year for sports journalism. ESPN, Fox Sports, Sports Illustrated, Bleacher Report, and Yahoo Sports have all cut staff positions in the last several months, showing the deep cracks in the predominant business model of online sports news. The founders of the Athletic, an 18-month-old online sports publication, see opportunity in the struggles of the biggest companies. As the news of the cuts kept coming, co-founders Alex Mather and Adam Hansmann, who have no previous journalism experience, hastily pulled together $5.8 million in new capital from investors, in a round they closed last week. The plan is to scoop up laid-off writers, and put them to work building a new kind of sports news operation as the traditional industry leaders are in retreat.

Mather and Hansmann are following the well-worn entrepreneurs’ credo to zag when everyone else is zigging. For publishers, the promise of the internet has been the potential for immediate global reach. In theory, huge audiences can be translated into massive ad revenue. The Athletic, based in San Francisco, isn’t chasing that kind of scale. Instead, it charges subscribers $40 annually for in-depth coverage of local sports in Chicago, Cleveland, Toronto and Detroit — (it also covers the Golden State Warriors). The company says it can can turn a profit in a city once it gets between 8,000 to 12,000 subscribers. It has no plans to sell advertising.

…Mather and Hansmann developed their philosophy about sports journalism while working at Strava, the social network for endurance athletes. Strava consciously ignored the priorities of casual runners and bikers and focused on “the maniacs,” in Mather’s words. “We try to connect with the local die-hards who probably aren’t served by the same old fluff that ESPN will produce at the local level, or the cantankerous columnist at the local paper,” he said. “They’re tired of that.”

There is some merit behind what The Athletic’s trying to do. As I discussed on Richard Deitsch’s SI Media podcast (ITunes) last week, there’s definitely some appeal to younger readers in paying for just local sports coverage versus paying for a whole local newspaper, and their city-specific sites have also found ways to offer different (sometimes more stats-based, sometimes deeper and longer features, sometimes less common takes) coverage than traditional papers. As Brian Moritz notes in that Bloomberg piece, too, it can be attractive from a value standpoint:

Peeling away sports from other local news coverage seems like a particularly good target for a subscription business, according to Brian Moritz, an assistant professor at SUNY Oswego who studies the economics of sports journalism. “Nobody has ever offered a subscription to just the sports section of the newspaper for $5 a month instead of the whole thing for $10,” he said. The challenge for the Athletic, he said, is in convincing readers that it’s making something good enough to justify the pricetag.

The idea of a just-sports publication has been tried before too, such as with SI itself or with Frank Deford’s short-lived The National Sports Daily (which might have done far better in the digital age), and local subscription sites have been tried before too outside The Athletic (such as Dejan Kovacevic’s DK Pittsburgh Sports, or Greg Bedard’s new Boston Sports Journal). And it’s worth noting that people have been willing to subscribe for premium sports content, especially for college football recruiting sites like Scout, Rivals and 247; those sites are hitting somewhat different markets, but have the same basic principle; pay for something you can’t get elsewhere. Free local hubs have been tried too, but generally with less success (such as ESPN and SB Nation’s local verticals). However, it’s not hard to see the opportunity for The Athletic at the moment; with so many other sites cutting, there’s a huge amount of writing talent out there, making it a buyers’ market.

The network has added lots of big names recently, including Seth Davis (after SI laid him off) and Stewart Mandel (after he was let go by Fox), and they just brought Paul Fichtenbaum (SI’s former group editorial director, who previously worked with Davis and Mandel there) on as chief content officer (he’d previously been a consultant) and added former USA Today sports editor Daniel Uthman as a managing editor. They’re tripling their editorial count to 75 by the end of the year, and plan to launch verticals in three to four further cities (including San Francisco and Philadelphia), as well as doing hockey coverage in six Canadian cities. They’ll also be launching new national sites, with Mandel’s “The All-American” on college football launching in August and Davis’ “The Fieldhouse” on college basketball launching in September. And they’ve made it clear that this will be about quality written content, not video, as Davis told Sports Business Journal‘s John Ourand:

The sites will focus on the printed word and podcasts. They will have no videos — at least not initially. “Videos didn’t get the traffic that words did,” Davis said. “It’s the advertisers who want video.”

The sites also will try to convince people to pay for content. After an initial period where the sites’ content will be available for free, most eventually will move behind a paywall. Mandel and Davis both cited companies as diverse as Netflix and Spotify to show that consumers are paying for content on the Internet.

“This notion that people won’t pay for content is ridiculous,” Davis said. “If you give people quality content and a quality user experience, they’ll give you a couple of bucks a month.”

The big question is about profitability, though. Yes, The Athletic has plenty of money to work with right now; they raised $2.1 million in funding in a round that ended in February, and then brought in this $5.8 million. They have big backers, including The Chernin Group (which has a majority stake in Barstool Sports, and is also invested in the likes of Pandora and Flipboard), Courtside Ventures, and YCombinator, and there are a lot of firms betting they’ll succeed. But Brustein mentions that Toronto (with over 10,000 subscribers) is the only city where The Athletic currently turns a profit. Of course, this is still pretty early days for the network, and they have significant capital, and may gain more attention and subscribers once they launch their national site. We’ll see if this big bet will pay off in the long run.