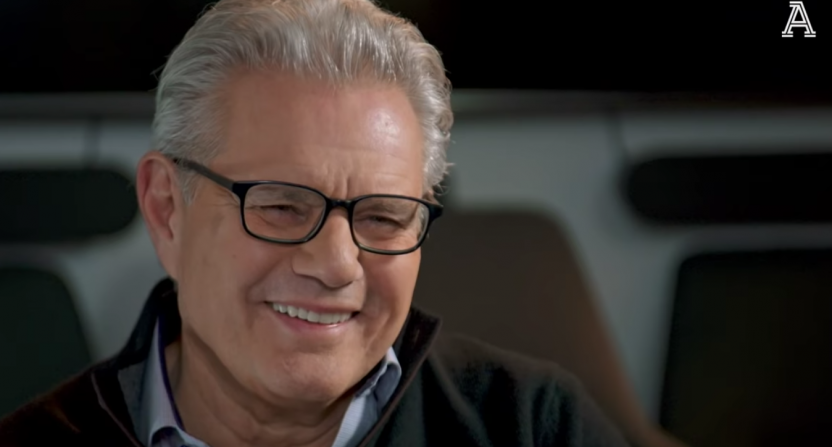 Awful Announcing has learned of a shakeup at The Athletic that have seen a handful of high-profile individuals leave the company. Central to this shakeup is what is essentially a gutting of the company’s video team, a team that was announced in November 2018 to much fanfare. That announcement saw them bring in Armen Keteyian, Alan Goldberg and Victor Frank; all three are now gone. Also included is The Athletic’s national managing editor, Melissa Geisler. While Geisler was not part of the video team, she was reported to have worked closely with the team and is believed to have been a champion for their work. She tweeted about her departure from the company Friday:

A little personal news: I am no longer the national ME of The Athletic. I will miss working with some of the most talented people in the industry, including @kavithadavidson @NicoleAuerbach @bylindsayhjones @lindseyadler @emmaspan @KatieJStrang @ArmenKeteyian @HannahWithiam

Some around the industry have termed the departures as layoffs, although sources at The Athletic pushed back against that assertion saying that those who were departing were leaving at the end of their contracts and that the company had opted to not to renew. At the heart of the departures are the prestigious trio of video storytelling veterans the company brought in November 2018 with much fanfare.

Armen Keteyian, Victor Frank, and Alan Goldberg are joining the team to form our first dedicated video unit. They will launch their first videos in early 2019. Read more here: https://t.co/fdoOIWMngs

Keteyian is the most familiar name of the trio as the public-facing journalist among the three, with a illustrious career spanning ABC News, CBS News, 60 Minutes, HBO Real Sports, and most recently 60 Minutes Sports. Keteyian authored a post on The Athletic explaining his move to The Athletic in a post titled “The Best Chapter.”  A SBJ writeup on the hirings explained that the media veterans had opted to make the move to The Athletic together.

“Keteyian will join the website exclusively — he will not appear on other platforms — as an anchor and executive producer along with Alan Goldberg and Victor Frank, both of whom are executive producers. A former “60 Minutes” producer, Goldberg was Barbara Walters’ principal producer for 18 years; Frank’s résumé includes stints at CBS and NBC Sports.

Fifteen months later, the group is no longer there, along with Geisler who joined less than a year ago.

Tomorrow is The Day. The Athletic video. Coming to computer or mobile device near you. Check us out. I firmly believe you will not be disappointed. https://t.co/q4j7sB4rYw

After years of eschewing a video focus and at times mocking the general trend of publishers of “pivoting to video”, CEO Alex Mather has touched on The Athletic’s growing ambitions for video and audio in multiple interviews, but has been careful to frame them as ongoing experiments for the company.  The Athletic has raised well over $100 million in funding to date, and is reportedly worth over a half a billion dollars. Many of the more recent funding rounds reference expanding video and audio offerings, although international expansion has been the more central growth talking point recently.

Taking a step back, The Athletic has historically grown through two core ingredients – 1) a steady flow of funding 2) hordes of talent with extensive backgrounds from legacy media companies. While The Athletic has had great success using this talent landgrab strategy, perhaps we’re beginning to see some limitations on far that recipe will get them.

The Athletic is a very data-driven company, and while there was positive chatter about the video product that was being put out, it seems that quality alone wasn’t enough to ensure job security. What’s likely is that the thesis of high-quality video storytelling (some of which was behind a paywall) just didn’t perform as needed compared to larger outlets like HBO, Showtime, ESPN+, and Netflix. Instead, The Athletic opted to move on and reassess rather than continuing to fund their efforts. Hopefully a year from now we’re not writing a similar story about The Athletic’s audio efforts; they’ve made a much larger investment there in terms of budget and staff, but they’re still experimenting with that format as well.