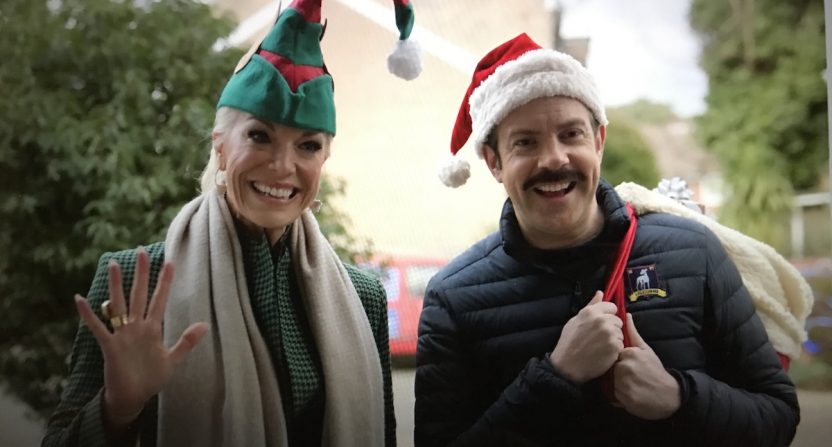 Reaction to this week’s episode of Ted Lasso seemed to be mixed. Some enjoyed an utterly charming Christmas episode (which followed a British television tradition), while others thought it was maybe a bit too wholesome.

Was the same true of the Awful Announcing staffers stopping over for a recap? Unfortunately, no one brought over any ponche or jallof for our weekly Ted Lasso discussion…

Did we need “The Ted Lasso Christmas Special”?

Matt Clapp: For the second straight week, I felt like we got an episode that wasn’t necessarily essential to advancing the season’s storylines.

But I really liked this one and am glad it exists, and I’ll likely throw it back on in December (hopefully not while depressingly drinking whiskey solo in a Santa hat, but hey, at least this episode is there for such comfort!). There’s little harm in a holiday special, and especially for a show that’s so much about displaying the value in kindness.

Michael Grant: More than any other, this felt like a stand-alone episode. Not criticism. Just an observation. There aren’t many, if any, callbacks. No one asked for Christmas Ted Lasso, but we should be glad they did one because it’s the most enjoyable episode of Season 2 so far. It hits all the right notes that a holiday comedy should: the joy, the melancholy, the cute kids, the ruined holiday plans, and the grand gestures. The ending was a little over-the-top, but we knew from previous episodes that Rebecca could sing, so I’m good with that.

Andrew Bucholtz: I thought this was an excellent episode. It’s fun to see all these people in Christmas settings and I thought the party at Higgins’ house, in particular, was a great way to show off more about some of the individual players. I like that Ted Lasso is making more use of its deep cast in S2, and that was a good way to do it. And I think that will pay rewards in future episodes; we now know some more about each of these players and what makes them tick.

This was also a useful episode for showing where Ted’s at emotionally with his divorce, and I think this episode could be a building block towards the Ted-Dr. Sharon session that may be coming down the line. And the Christmas theming helped make that story work, from Ted’s whiskey and It’s A Wonderful Life to he and Rebecca teaming up to deliver presents and sing carols. The Christmas theming also means this will definitely be a regular holiday rewatch in our house. 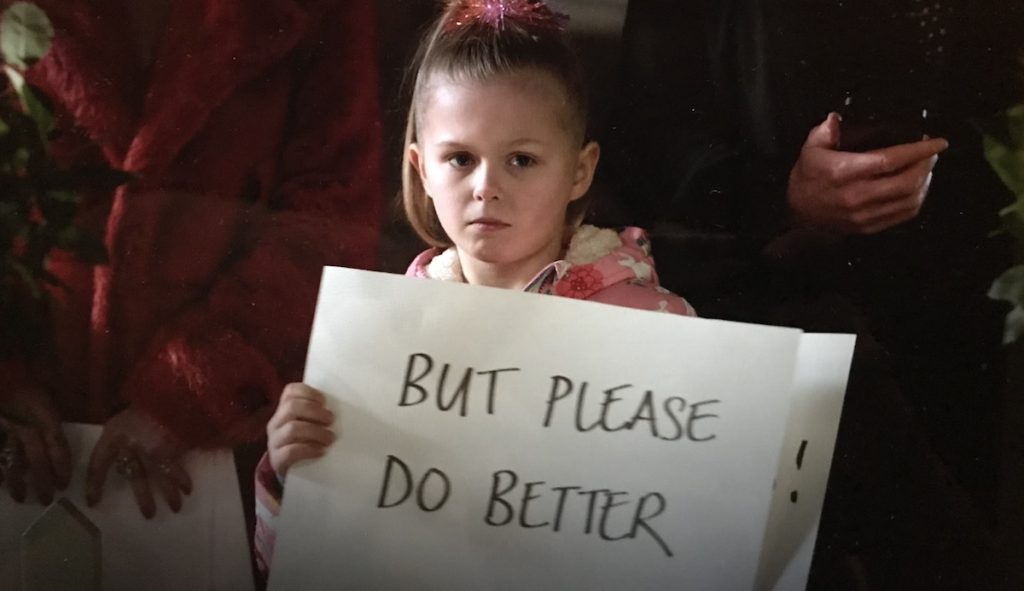 Ian Casselberry: Bah, humbug. I acknowledge that “Carol of the Bells” works by itself and probably will become a favorite holiday watch for many of us. When there are only 10 episodes, a filler chapter feels disappointing. If this was a network sitcom with a 22-episode season, I’d have no issue here. I’d prefer to see the story move forward. But I realize we have six more episodes for that.

I enjoyed seeing more of Higgins’ home life, the players outside of the locker room, and Rebecca being more a woman of the people than her wealthy status would suggest. (And man, Hannah Waddingham can sing!) I’m also always a pushover for Roy-Phoebe stuff. However, this felt like the writers buying themselves some time and taking advantage of building a deep cast with whom viewers enjoy spending 30 minutes. I’ll probably feel differently when rewatching this in December.

What was your favorite storyline of the episode?

MG: The search for a dentist on Christmas. A seemingly impossible task that Roy Kent takes on with delusional confidence. Being a former professional athlete who has dealt with injuries, you would figure that Kent would know somebody who knows somebody who knows an emergency dentist. But we’ll roll with this ridiculous concept. Especially since the payoff is a delightful Love Actually homage. The point here is to continue to show Kent as the tough guy with a heart of gold who is unwaveringly devoted to his niece. 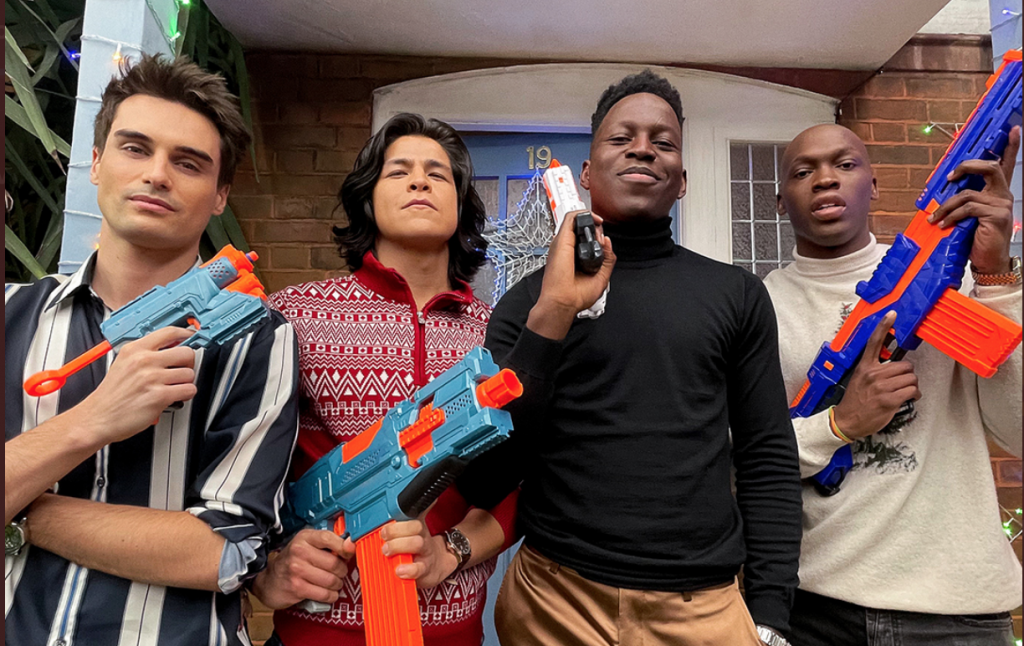 AB: The Higgins party was great for many reasons, but the players and Higgins’ kids diving around and shooting each other with Nerf guns was particularly excellent.

MC: I liked a few particular scenes more than storylines, but I suppose it would have to be the storyline around Phoebe’s breath. And my favorite scene from that was Roy’s face after demanding a whiff of the breath, insisting it couldn’t be that bad.

Have been given the go ahead to post a few more pics from the #TedLasso stopmo puppets. Here’s some fun group shots from stage. Kudos to our awesomely talented animators @TennesseeNorton @QRivera_x2, led by Kevin Glick as animation director & our talented Director @jedhathaway pic.twitter.com/jkJBqrpn0w

IC: Not a storyline, but I can’t be alone in wanting an entire Ted Lasso episode in claymation, Rankin Bass-style. That is a holiday episode I would truly embrace. Those opening credits were delightful. 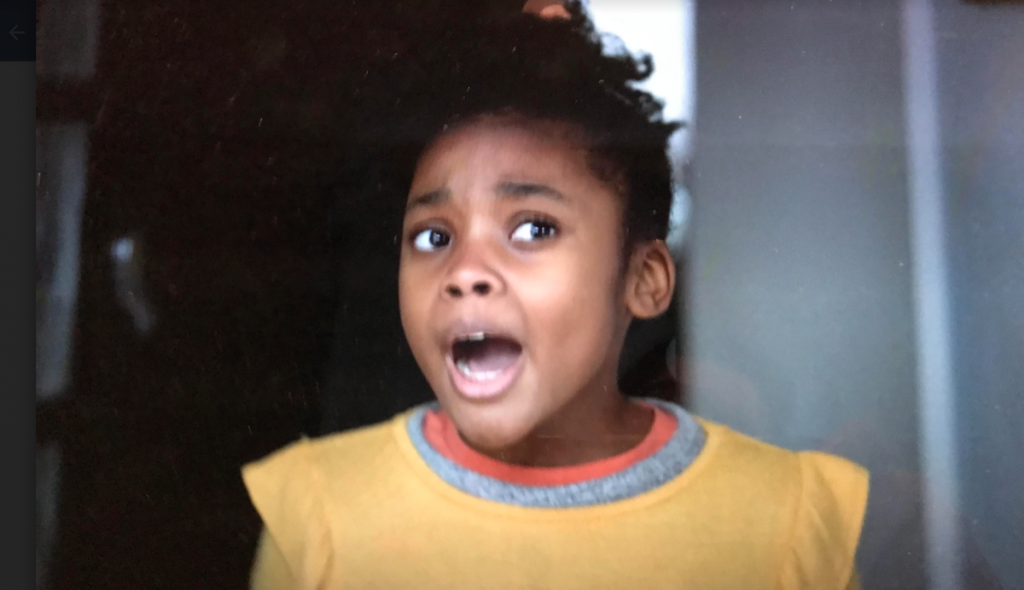 MG: “Mom! There are two white people at the door and they’re smiling.”

Richard – “The French believe that having a beautiful woman around… is a rather good thing.”

Jan – “That was not true with the Helter Skelter Murders.”

Have you ever eaten goat meat?

MG: I was born in Jamaica, so yes. Curried goat is a popular dish in the Caribbean. My childhood recollection is that it tastes like lamb. If no one told you it was goat meat, you might not notice. Like in a lot of cooking, sometimes the secret is in the spices and sauce. Might have been funnier if Higgins ate goat without knowing it and later found out from Sam.

I just want a man as excited to see me as Sam was to see that “original” jollof rice with goat meat ok #TedLasso pic.twitter.com/yf8no20AWX

MC: I have not, and I’m fine with it continuing that way.

AB: I have, and I quite like it. Michael’s right that it tastes pretty close to lamb. And it’s very good with the right Caribbean-style spices and sauce.

IC: Yes, and I like it! The first time I ever ate goat was from Bev’s Caribbean Kitchen (#RIP) in Ann Arbor, and I admit I bought it to gross out my roommates. But I kept going back for more. Once in a while, an Indian place here in Asheville will serve it as a special and I can’t resist. My only issue is that goat meat is so lean that it’s difficult to get a nice piece off the bone. But that’s what makes it so good for stews and curries.

Episode 5 really needs to get something going, right?

MC: You’d sure think so.

MG: We’re running out of shows for Season 2. Thought the driving storyline would be AFC Richmond trying to play its way out of relegation. But we’ve barely seen that. Also, hoped there would be more on the love connection between Ted and Sassy Smurf. Fingers crossed.

AB: I’ve been fine with the season so far seeming to have more of a character focus rather than showing what’s happening on the pitch. But I think we’re headed towards more on-pitch stories, and I think that transition will work well.

IC: Even in this episode, the story was quietly moving forward. We saw that AFC Richmond has actually won four matches (while also losing four, along with those 14 draws). Coach Beard and Jane have broken up. (Are we going to see those two together this season or is it funnier to imagine them instead?)

But let’s get rolling here. Will Henry kill someone with his drone? When will Ted sit down with Dr. Fieldstone for a session? Are the Greyhounds going to win The Championship or face relegation again?