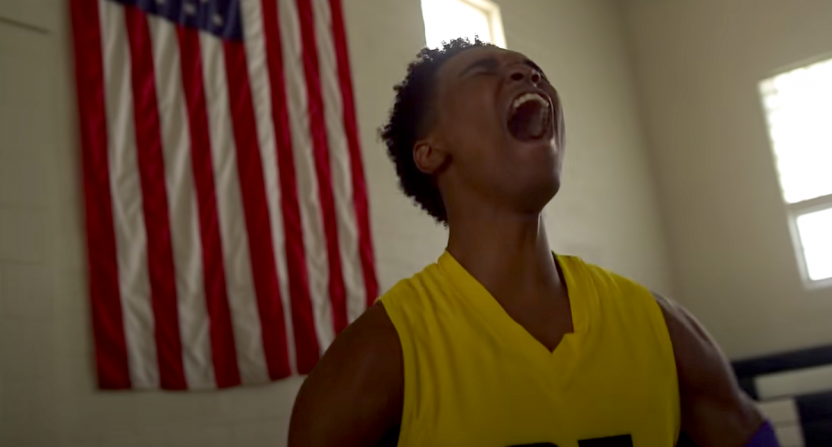 Fans of sports-themed TV series who signed up for Apple TV+ to watch Ted Lasso, but were thinking of canceling their subscription until Season 3 arrives might want to consider hanging on through the end of the year.That is, if a show about the world of youth basketball inspired by the childhood experiences of Kevin Durant appeals to you.

Swagger is a 10-episode dramatic series following basketball phenom Jace Carson (played by Isaiah Hill), a 14-year-old with NBA aspirations who’s one of the top-ranked players in the country and pushed to succeed by a mother (Shinelle Azoroh) who doesn’t want her son to squander his potential. O’Shea Jackson (Straight Outta Compton) plays Carson’s coach, a former youth basketball star whose career never took off as hoped.

While Swagger isn’t based directly on Durant’s life, his experiences with AAU basketball in the Washington, D.C. area may have shaped some storylines. The Brooklyn Nets star is an executive producer on the series, along with his business partner Rich Kleiman. The series was created by Reggie Rock Bythewood, whose production credits include Shots Fired and New York Undercover. He also wrote the 2009 Notorious B.I.G. biopic, Notorious.

Apple TV+ released a trailer for Swagger, which premieres Oct. 29. Give it a look:

Based on the trailer, Swagger will touch on plenty of racial issues for young Black men and women trying to grow up in America, in addition to social activism.

The series will also explore the fierce competition among youth basketball players (male and female), the role coaches and parents play in development and corruption, differences in social and economic classes among players, how athletes are affected by social media, and the impact shoe companies can exert. The COVID-19 pandemic will apparently also be part of the story, judging from people wearing masks in several scenes.

Swagger had been in development since early 2018 with Durant and mega-producer Brian Grazer. He told Deadline three years ago that he saw the stories Durant wanted to tell as fitting into the same narrative landscape as Friday Night Lights.

“It has the same things,” said Grazer. “The fragility of how you were as a kid, and how these kids — 12-13 years old — are presented with money, real money, (from athletic apparel brands). It’s a fascinating universe of possibilities.”

Swagger premieres on Apple TV+ with its first three episodes released on Oct. 29, followed by weekly episodes running through Dec. 17.