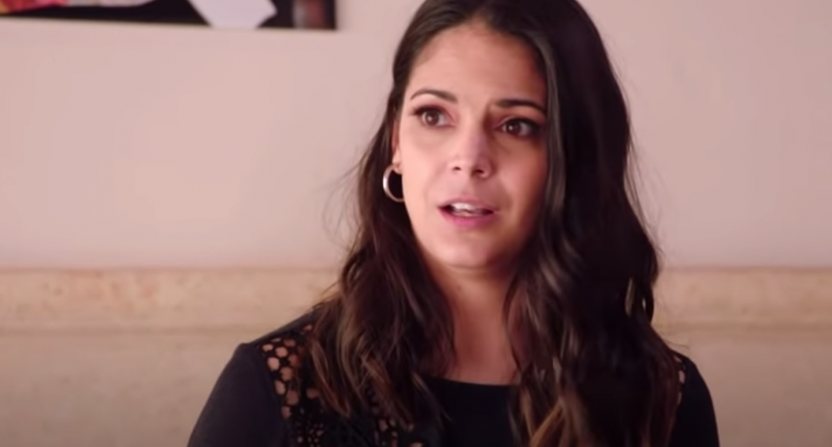 If you thought the idea of putting Katie Nolan into a Major League Baseball broadcast booth on the national stage was strange, she agrees.

Nolan joined Kenny Mayne’s latest episode of his Hey Mayne podcast for Audacy where the two former ESPN colleagues discussed a wide range of topics, including her season in the booth with Apple TV+.

Earlier this year, Apple agreed to pay MLB $85 million annually in exchange for a Friday night doubleheader that airs exclusively on their streaming service, which took effect during the 2022 season. While Apple never shied away from the fact that they sought to create a different kind of baseball broadcast, many fans were still highly critical of the partnership. And for the fans who questioned whether Nolan’s talents fit a baseball broadcast, she was just as confused.

“When I found out what it was, I was like, are they confused? Do they know what I do?” Nolan recalled to Mayne. “What it was and how crazy of an idea it was, combined with the secrecy really had me like, ‘something’s up. They’re joking, this is a mistake. Somebody unsealed the wrong document. This isn’t the one they meant to give me because this says in the booth and that’s just not a thing.’

According to Nolan, Apple’s initial vision for their Friday Night Baseball broadcast that was pitched to her was for it to sound like a podcast.

“People say that games are too long,” Nolan explained. “Rather than try to speed up the game, which is something baseball’s been trying to do for a while, they tried to make a more interesting listening experience.”

But as the broadcast was met with some pushback, Apple appeared to retreat from their initial idea a bit, putting their announcers in the impossible position of trying to please baseball traditionalists, while also attempting to attract a new audience by offering something new.

Apple’s deal with MLB is for seven years, meaning the streaming service has six more seasons to figure out how they want to present its exclusive schedule of games. Although Apple has not revealed its cast of announcers for the 2023 season, Nolan doesn’t sound like she would be eager to take part. The first time Mayne mentioned Nolan’s Apple TV Major League Baseball coverage on the podcast, she said, “Thank god it’s f*cking done.”