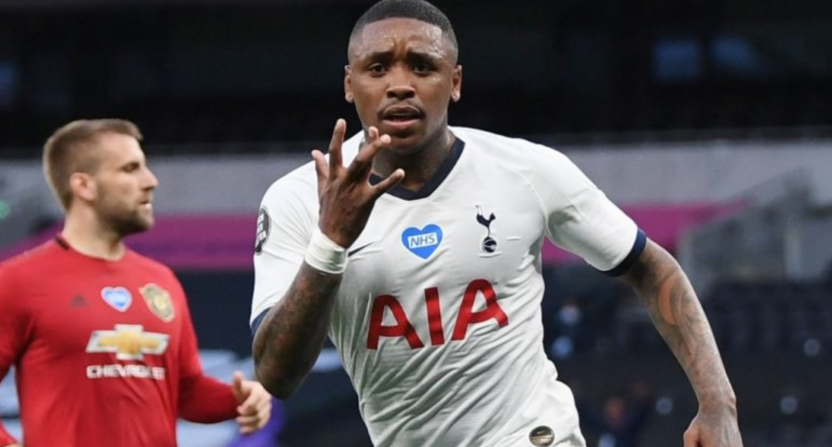 Tottenham Hotspur’s partnership with Amazon is about to become more lucrative.

The Premier League soccer club already teamed up with Amazon Prime for the latest “All or Nothing” sports docuseries. All or Nothing: Tottenham Hotspur, following the club through the 2019-20 season, will premiere on the streaming outlet Aug. 31.

But Tottenham is also launching its own brand store on Amazon, timed with the debut of All or Nothing. As reported by Sportico’s Eben-Novy Williams, Amazon will promote the Spurs online shop heavily during the docuseries, fueling a merchandising opportunity few professional sports teams currently enjoy.

Sports apparel and merchandise hasn’t been a priority for Amazon, though plenty of those items are available through the site. But Amazon sells enough sports merchandise that it was notable when the retailer pulled all products featuring the Washington football team as pressure increased on the franchise to change its name from “Redskins.”

Now, Amazon Prime has created a new outlet to drive sales. (Will the Spurs team store also nudge customers to either watch All or Nothing or sign up for the streaming service?)

Merchandising opportunities could make Amazon more appealing for professional teams and leagues in the future. The Premier League has an upcoming docuseries on the confederation’s history (with the working title The Premiership: A Whole New Ball Game) on BBC Two. That might be the best place for such a series, but what if the Premier League decides it could make much more money by selling apparel and merchandise online with an exclusive agreement?

Related: Amazon’s next EPL All or Nothing will feature Tottenham’s 2019 season

As Novy-Williams points out, Amazon making a push into the officially licensed sports merchandise space could have a big effect on outlets like Fanatics, the leader in the industry. (The retailer has a Tottenham Hotspur store.) Fanatics has exclusive agreements with sports leagues and specific apparel companies, such as the deal for NFL merchandise branded by Nike. The retailer also has memorabilia deals with athletes like Zion Williamson.

The @SpursOfficial are among the most popular and richest clubs in the world. Here's the Top 10 in revenue, via a @LevAkabas chart: pic.twitter.com/2NFb7PLHgJ

But those agreements apparently leave an opening for other apparel and memorabilia companies to make deals with Amazon. Exclusive team stores might be reserved for organizations that have other business with Amazon, such as an All or Nothing docuseries.

So far, that list includes seven professional sports franchises. Five NFL teams — the Arizona Cardinals, Los Angeles Rams, Dallas Cowboys, Carolina Panthers, and Philadelphia Eagles — have appeared on All or Nothing, while Manchester City is the other Premier League club to do such business with Amazon. The docuseries has also covered college football, following the University of Michigan football team during the 2017 season.