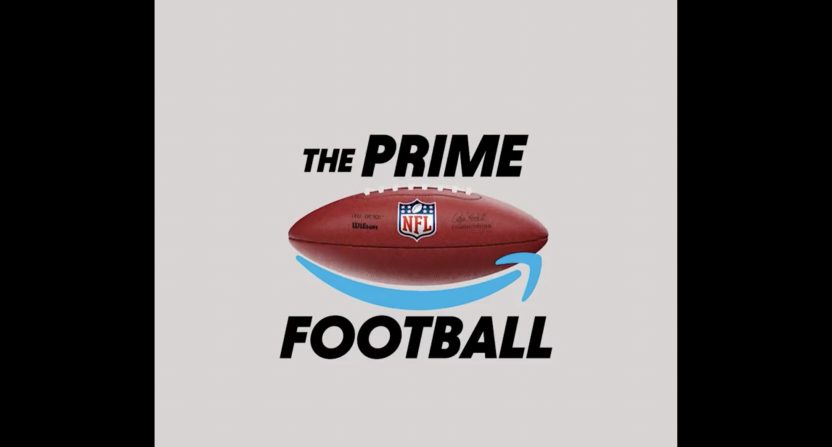 Amazon’s edition of Thursday Night Football starts September 15 with an AFC West clash between the Los Angeles Chargers and the Kansas City Chiefs. For the first time, the NFL will have a streaming partner to exclusively show live NFL games throughout the season so this is a pretty big deal for the e-commerce conglomerate.

With this brings a lot of change. Namely, people who haven’t yet embraced streaming may need to start if they want to see their favorite team play on Thursday night. Another change may or may not be the football itself.

On their @NFLonPrime social media accounts, Amazon announced that they collaborated with Wilson and the NFL to create an elongated football “exclusively for Thursday Night Football.”

And for the record, it’s not April 1.

The game has changed.

The clip shows a real football that looks like it has been stretched out by the ends. Amazon says this ball is “faster,” “more aerodynamic,” and has “better grip.”

I am 99.9% sure this unique ball isn’t going to actually be used in an official NFL game. The ramifications of using a vastly different ball for only Thursday night Amazon games is insanely problematic and make a lot of fans and players angry. Then again, this is the NFL we’re talking about so I’ll leave a .1% chance that maybe Roger Goodell finally lost his mind.

It’s possible, given Amazon is the biggest retailer in the world, this is going to be a football that’s exclusively sold on Amazon that’s meant for people whose hands aren’t big enough to grip an official NFL football but have something that looks like the real thing. I remember playing with a Nerf Vortex football when I was a kid that allowed me to throw 70-80 yards so it’s possible Amazon’s football will be a similar concept. Just don’t have Patrick Mahomes throw that ball in Week 2.