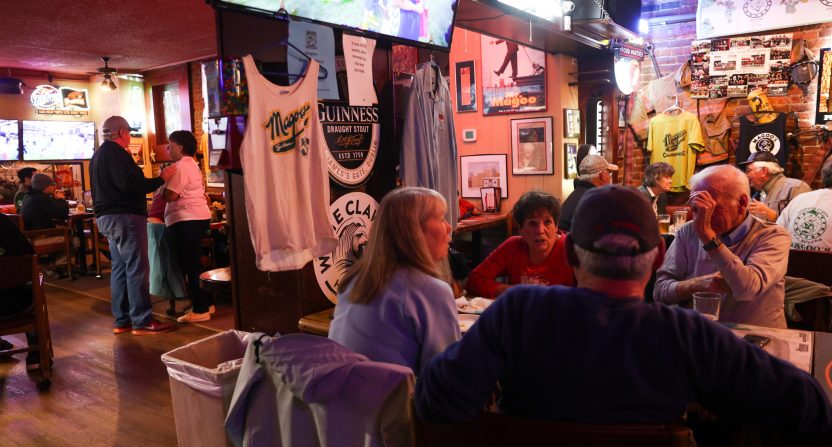 With Thursday Night Football moving to Amazon’s streaming service for the 2022 season, significant pressure was being put on bars and restaurants to have their streaming setup situated so that patrons could continue watching one of the NFL’s most watched weekly games at their favorite watering hole.

Luckily for fans that may have been impacted here, it looks like this looming issue has been mitigated to some degree as  John Ourand of Sports Business Journal reports that Amazon “has agreed to have DirecTV carry it to bars and restaurants.”

This is a big deal from multiple perspectives.

One is obviously from the perspective of bars and restaurants. If they were not broadcasting the NFL on Thursday nights during the season, business on those nights between September and December would take a massive hit. DirecTV holds a very large share of bar and restaurant customers because they’ve long had the NFL Sunday Ticket package, a package that is also moving to streaming starting in 2023.

There has long been talk that when Apple TV+, Amazon, or another streamer gets Sunday Ticket, DirecTV would still be given access to the package, but most likely only for bar and restaurant customers. Sunday Ticket in particular, which bars use to set eight televisions or more showing various games at the same time, would be a tall order to replicate with a streaming service that would require a lot of various additional devices and a massive amount of bandwidth.

Even if a bar or restaurant with ten or more televisions navigated this setup, the streaming latency would be a small annoyance patrons would have to deal with.

Given that residential fans will also struggle to figure out how to watch TNF (your parents), this deal is probably even a bigger win for sports bars as you may see more people going out to watch the non-local Thursday night game instead of buying a Roku or AppleTV and trying to figure out how to setup Amazon Prime, a service that many people might not already have or want to pay for.

What’s interesting here is how prevalent these types of deals become. This seems to point to the Sunday Ticket also getting a similar arrangement and most likely at the behest of the NFL, which wants to keep their product accessible for people who are out of their homes. If the Big Ten sells a package of Friday night games to Amazon, could we see a similar carveout that allows those games to air at bars and restaurants as well?

This might become a standard for streamers in the short term as they gain more popular rights deals but leagues and conferences are skittish on squeezing out out-of-home viewers.

The biggest winner here is DirecTV who has long been the preferred option for businesses specifically because of their access to the Sunday Ticket that cable companies and Dish didn’t have. With the NFL moving TNF and soon the Sunday Ticket to streaming, they may have been facing a massive exodus of both residential and commercial customers.

For now, it seems they’ve found a way to keep their relevance on the commercial side and the NFL probably gets a big assist in helping them keep that relevance.