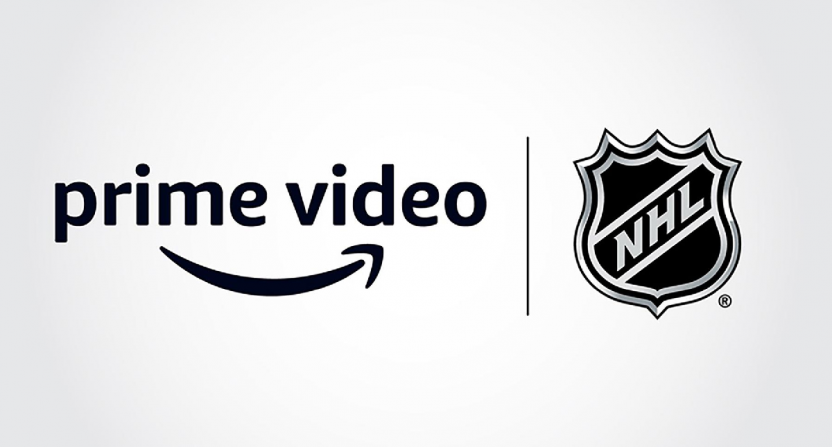 Amazon Prime and the NHL announced that the streaming service’s behind-the-scenes, all-access documentary series All or Nothing has a new upcoming iteration, following the Toronto Maple Leafs.

From the joint announcement:

Amazon Prime Video and NHL Original Productions today announced All or Nothing: Toronto Maple Leafs, a multi-episode docuseries that will offer an inside view of the iconic Toronto Maple Leafs including on-the-ice action and unparalleled behind-the-scenes access to the 2020-21 NHL season. The Canadian Amazon Original series will be available on Prime Video in more than 240 countries and territories later this year.

The latest addition of the All or Nothing docuseries franchise will follow the Toronto Maple Leafs organization as they compete in the first all-Canadian division in NHL history, offering an intimate look into the world of the players, coaches and team personnel. The Maple Leafs, one of the most celebrated franchises in professional sports, will open their regular season schedule tonight at Scotiabank Arena in Toronto when they take on Original Six rival, the Montreal Canadiens.

The series has previously followed teams like the Philadelphia Eagles, Tottenham, Manchester City, and the Dallas Cowboys. Focusing on the Leafs during this pandemic-shortened season could offer even more insight into professional sports than usual, given the unique nature of, well, everything right now. Toronto was given permission to play home games this year as part of the NHL’s shortened season, and a look at how players and coaches cope with ongoing testing and issues related to social distancing and travel along with the actual playing of hockey games should be fascinating.

More from the announcement:

“As part of our continued investment in Canada, this new Canadian Original series will offer behind-the-scenes access and rarely seen point of views of the Toronto Maple Leafs, one of the most storied hockey franchises – and my personal favorite team – during a season unlike any in NHL history,” said James Farrell, Vice President of Local Originals at Amazon Studios. “As a fan going back to my time living in Toronto, I know the real-life action on the ice is only matched by the drama behind closed doors. The series will offer an exclusive all access experience for Prime members.”

“All or Nothing has an established reputation for its inspiring storytelling and unprecedented access to some of the world’s biggest sports franchises,” said NHL Chief Content Officer and Senior Executive Vice President Steve Mayer. “What an amazing honor that Amazon has chosen the NHL and one of our most storied teams in hockey history, the Toronto Maple Leafs, to follow. With the unwavering support of the Leafs players, coaches and front office, we will give fans around the world unprecedented access to an entire NHL team’s season for the first time ever. We welcome this incredible opportunity to partner with Amazon to expand on the NHL’s continued commitment to bring our great game not only to our hockey fans but all sports fans worldwide.”

The show will eventually stream on Amazon Prime, and we’ll probably get a trailer for it in the next few months, as well.