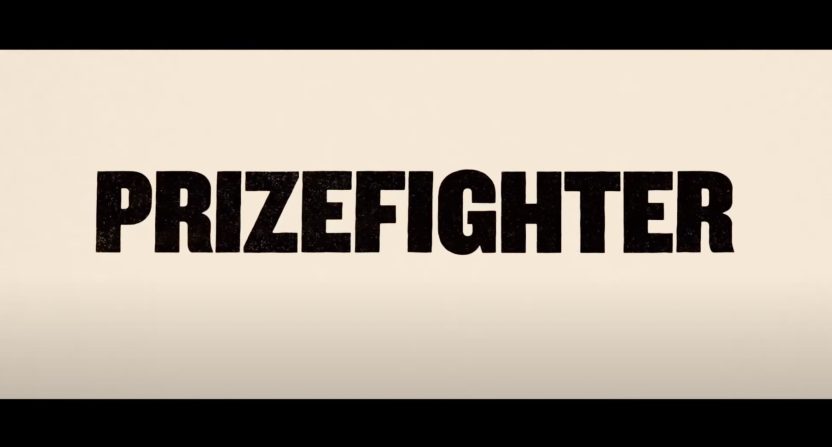 On one hand, we should probably thank the creative forces behind Prizefighter: The Life Of Jem Belcher. Unless you’re a combat sports historian, you probably have never heard of him. Belcher was a 19th-century English championship boxer who famously fought an epic battle despite a severe eye injury.

Imagine a look inside the early days of boxing: a sport without gloves, with few rules, and no weight classes. Matches often went on until one man was left standing. Brutal, raw, and bloody. All this should have been enough source material for a standout drama. Unfortunately, Prizefighter falls into predictable and lackluster rhythms that undercut so many sports movies.

This feature wants to be the British version of Rocky. An inspirational tale of a young man battling incredible odds who gets his shot at the title, overcomes adversity, and pulls off the seemingly improbable. But every sports movie doesn’t have to have the same packaging. There’s a good enough story here to hold its own.

At times, Prizefighter shows promise. The most interesting relationship is between Jem Belcher (Spike Howells as young Jem, Matt Hookings as adult Jem) and his grandfather Jack Slack (Russell Crowe). In the movie, Slack was once a great bare-knuckle fighter whose career was ruined by alcoholism. He’s a cautionary tale, and Belcher’s mother doesn’t want her son to follow the same path.

Hookings and Crowe have chemistry, highlighted by an emotionally moving scene on the beach. A weathered and weary Slack delivers the most memorable line when he tells his grandson: “You gotta know who you are in life. Money comes and goes, as do women. It’s you who decides what kind of man you’re going to be.”

It’s an unforgettable moment in a largely forgettable film, which makes you crave more of these intimate connections. However, Crowe simply doesn’t get enough screen time. His presence is needed badly because the movie feels flat without him. The Oscar-winning actor still has his fastball and can bring the heat when he needs to. (Check out his scene-stealing performance as Zeus in Thor: Love and Thunder).

Without Crowe, what’s left is the familiar tale of a talented but inexperienced boxer who is trained by the tough-talking and tough-loving trainer Bill (Ray Winstone). If Belcher sticks to Bill’s insights, he’ll accomplish all his dreams. Stray just a little bit and he’ll collapse on his own. It’s the archetype perfected by Burgess Meredith’s “Mickey” in Rocky.

Hookings, who also wrote the screenplay, is the son of a boxer. His father is David Pearce, a former British heavyweight champion whose nickname was the Welsh Rocky. You could tell that this was a passion project. His story portrays Belcher as a champion of the people and an icon of his time. Hookings, along with director Daniel Graham, do a decent job of showing boxing’s evolution from a renegade sport to something more refined with some semblance of rules.

And they don’t have to manufacture adversity. In real life, Belcher lost his eye in a freak accident. That scene is handled particularly well and helps the audience sympathize with his character.

But the narrative never quite comes together. The characters, other than Slack, aren’t compelling enough. The dialogue feels underwritten and the story plods along. Even the climax is meh. You wonder if behind-the-scenes trouble was a factor. Deadline reported that Prizefighter was hindered by post-production infighting and financial troubles.

In the end, Prizefighter is a curiosity that boxing enthusiasts might like because it’s a refresher on an overlooked sports figure. However, as a movie, it lacks punch.