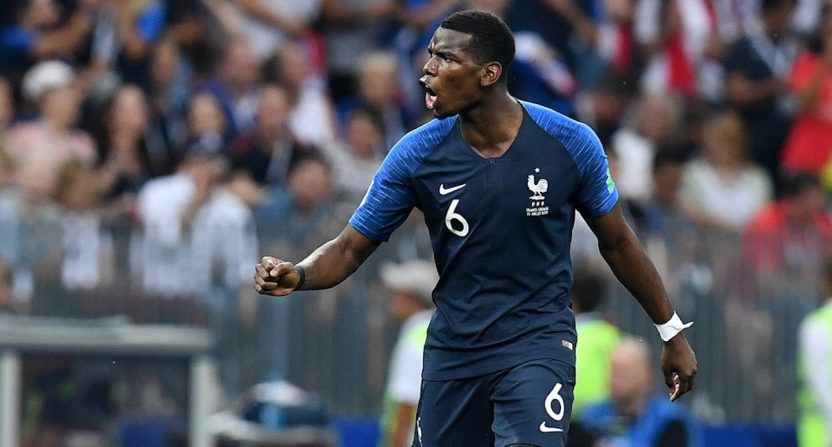 Fans of Paul Pogba and Manchester United can enjoy more content on the star midfielder beginning next year.

A docuseries will be the first project from a deal Pogba signed with Amazon Studios. “The Pogmentary” will premiere on Amazon in 2022, chronicling the people and events that led Pogba to become a generational player for Manchester United and France’s national soccer team.

Pogba, 28, is one of the highest-profile soccer stars in the world, signing a five-year contract worth €105 million ($145 million in U.S. dollars) with Man United in 2016. He also has more than 43 million followers on Instagram, an audience Amazon would surely love to reach.

You know the footballer. Discover the man.⁣
⁣
??? ??????????, a new documentary series with @paulpogba coming exclusively to #PrimeVideo in 2022. pic.twitter.com/vxnKIyEZOS

The Pogmentary should have plenty of material to explore for a docuseries, including Pogba’s youth soccer career for France, his four seasons with Juventus, returning to Manchester United with that record transfer fee, and a World Cup championship with France in 2018. He has also played under renowned managers Sir Alex Ferguson, Jose Mourinho, and Ole Gunnar Solskjaer during his career.

Pogba’s play and popular dance celebrations have also made him a target for criticism among soccer pundits and fans.

“We all know Paul for what he can do on a football pitch, but his influence reaches much further, and he is without doubt an icon for an entire generation,” said Amazon Studios head of European originals, Georgia Brown. “Through the unprecedented access afforded to us, Prime Video will show the man behind the fame, delving into his life off the pitch and letting him tell his story in his own words.”

Related: Serena Williams to produce docuseries about her life for Amazon as part of new deal

Terms for the agreement with Pogba weren’t revealed, but the deal extends Amazon’s push into soccer content. The streaming platform has produced several documentaries for its Amazon Prime service, including films on Liverpool captain Steven Gerrard and France’s 2018 World Cup championship, and its “All or Nothing” series has followed Manchester City, Tottenham, and Juventus.

Additionally, Amazon has UK rights to a package of Premier League games through 2022, a deal with Tottenham Hotspur for an exclusive online store, and is developing a feature film based on the life of U.S. goalkeeper Tim Howard.