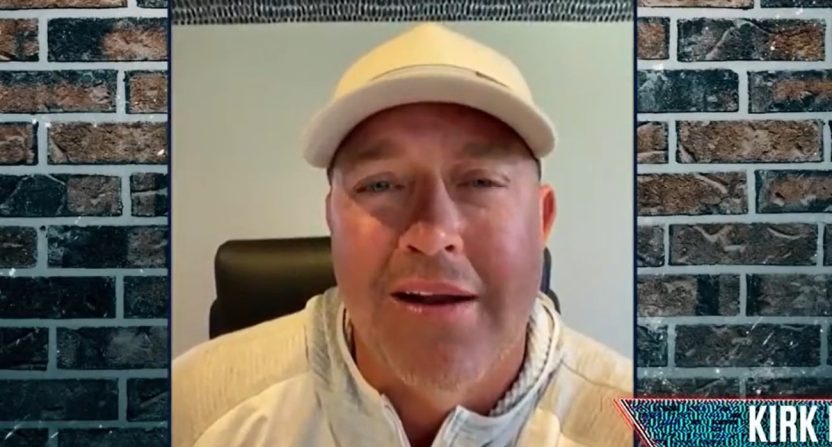 “The one thing I’m anxious about is getting into a routine,” Herbstreit said. “I’ve just had my same routine and I’ve known what Sunday looks like, I’ve known what Mondays look like. I’ve just known it and now it’s all gonna change.”

"I don't know how I'm going to balance it all but I know I will.. I'm looking forward to finding that routine" ~@KirkHerbstreit#PMSLive pic.twitter.com/fLzGenIrPL

When Herbstreit was rumored to be a candidate for Amazon’s NFL booth, many wondered what that meant for his future on ESPN as a co-host of College GameDay and the network’s No. 1 college football analyst alongside play-by-play voice Chris Fowler. But Herbstreit isn’t eliminating any of those jobs, having signed a three-year extension with ESPN as he also agreed to a deal with Amazon.

“Sunday for me has always been a veg day, just unplug, get home at usually two in the morning…Sunday I’m just kind of half awake, half asleep watching a game,” Herbstreit said.

That won’t be the case anymore, with Herbstreit recognizing he’ll need to use Sunday and Monday to focus on the NFL and prepare for Amazon’s coverage of Thursday Night Football. In addition to it being a time-consuming preparation schedule, it’s also a grueling travel schedule for Herbstreit, who might be in three different cities from Thursday-Saturday each weekend to fulfill his broadcast responsibilities.

“I’d love to answer this question like Week 3, Week 4, I don’t know how I’m going to balance them all,” he continued.

The moment of honesty from Herbstreit might not sound so reassuring to Amazon, who agreed to pay him more than $10 million annually to provide analysis on their Thursday Night Football broadcast. But even though Herbstreit can’t explain how he’ll balance multiple demanding jobs, he knows he’ll make it work.

“I’m just looking forward to kind of finding that routine,” Herbstreit added. “I will not put everything into Thursday and shortchange GameDay or shortchange Saturday night. I’ll be dialed in on all three.”