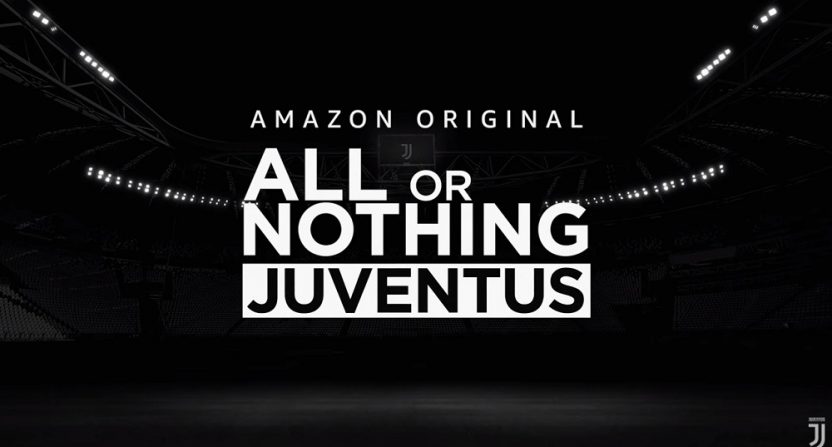 On Tuesday, Amazon and Juventus announced that the Italian soccer giants would be featured on the next season of the streamer’s All or Nothing docuseries, covering the 2020-21 season.

A trailer for the series also dropped.

Here are some quotes from Juventus and Amazon.

“We are extremely proud to be among the international partners of the All or Nothing franchise,” comments Giorgio Ricci, Juventus’ Chief Revenue Officer. “This represents another step forward in the constant evolution of our Club. The collaboration with Amazon Prime Video is a perfect fit between two successful brands with a global reach and a continuous desire to challenge, change and create in an innovative way. We look forward to showing the world what the Juventus brand really is and what really means, with the undisputed quality and unique touch of the All or Nothing series”.

“We are thrilled to start this journey with such a prestigious football club as Juventus and to offer the Italian and international audience an extraordinary, unprecedented look at one of the most exciting teams on earth,” adds Nicole Morganti, Head of Amazon Originals, Italy. “All or Nothing is now a franchise defined by its outstanding production quality and unique access, and this will follow in the footsteps of previous successful series. We can’t wait for Prime members worldwide to fully experience the daily challenges that this team of first class champions will face through this epic season.”

The premiere date for the series is still TBD, aside from “‘2021.” A big point in favor of this Juventus edition is the production company behind the series: Fulwell 73, which produced the highly acclaimed Sunderland Til I Die on Netflix. Previously, All or Nothing has featured Manchester City, Tottenham Hotspur, and the Brazilian national team on the soccer side, along with the Cardinals, Rams, Cowboys, Panthers, and Eagles on the NFL side of things. Last month, Amazon also announced its first NHL All or Nothing, following the Toronto Maple Leafs.

Earlier this month, a Bayern Munich documentary on Amazon was announced by the club, though it apparently won’t be under the All or Nothing label.

This season’s Juventus team is an intriguing choice, if only because Juve is not their usual dominant self this year. Under new coach and club icon Andrea Pirlo, Juve is third in the Serie A table after 23 matchweeks, an odd position considering they’ve won nine Scudettos in a row. Juventus have also advanced to the Coppa Italia Final (where they will meet Atalanta in May) and the Champions League Round of 16 (where they’re down 2-1 to Porto after the first leg). In addition to Pirlo’s return, Cristiano Ronaldo is in the midst of his third season with the club, and his presence will surely draw in fans both diehard and casual.

A couple years ago, Juventus were the feature of a Netflix series entitled First Team: Juventus that ultimately fell flat. Given the high standard of All or Nothing’s previous editions, expectations will be much higher this time around.