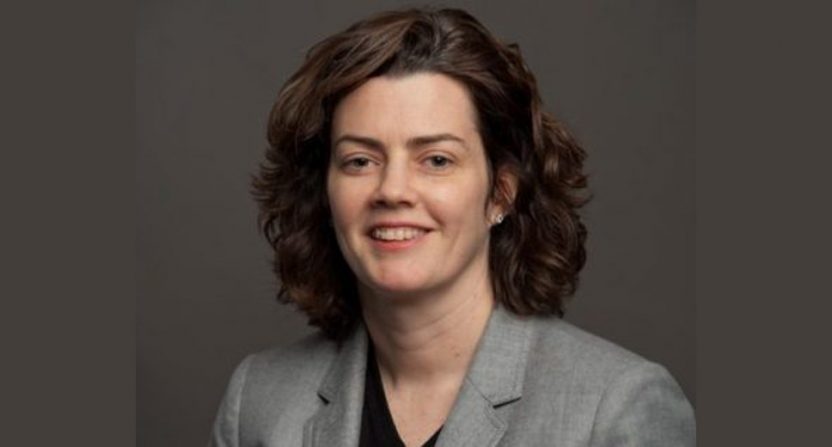 It looks like Amazon is continuing their push into sports. They’ve done well with the streaming rights to Thursday Night Football, have picked up some other rights here and there (perhaps most notably, UK rights to 20 Premier League matches), and have dove into all-access documentaries in a big way, covering the NFL, Michigan football, Manchester City, France’s World Cup win and more. And now, they’ve added a recognizable name to their sports side in former ESPN executive vice president (global business and content strategy) Marie Donoghue. Jessica Toonkel of The Information reported Tuesday that Amazon has hired Donoghue “to oversee sports for Prime Video, according to people familiar with the situation.” It’s unclear how this fits with the “head of sports” position former SI/120 Sports executive Jim DeLorenzo was hired to in early 2016 (for the record, his LinkedIn profile still lists him as “Head Of Sports – Amazon Video,” so it’s certainly possible he’s still there too), but it’s clear that Donoghue will play a significant role in Amazon’s sports efforts going forward.

Who exactly is Donoghue? Well, she worked at ESPN from 1998 through the end of 2017 (although her departure as of the end of the year was announced last June as part of ESPN’s executive shuffling). Before that, this July 2017 profile of her from her alma mater, Columbia Law School (which, oddly enough, doesn’t mention her impending exit from ESPN, and in fact says she “sits squarely at the center of the company’s initiatives”) talks about how she started at the Wall Street corporate law firm then known as Winthrop, Stimson, Putnam & Roberts, became an in-house attorney at Island Records’ parent company Poly-Gram Holdings, then moved to Starwave Ventures (the Paul Allen-founded company that initially developed ESPN.com and other sites) before fully joining ESPN when Disney bought the rest of Starwave in 1998.

At ESPN, Donoghue oversaw a lot of different initiatives, including Grantland, FiveThirtyEight, The Undefeated, ESPN Films and 30 for 30. She was a regular figure in lists of powerful media executives from Variety, Sports Business Journal and so on, and she was promoted to EVP (then with the title of EVP, global strategy and original content) in September 2014. But she wound up leaving, along with fellow long-time top ESPN executive John Kosner (most recently the company’s EVP for digital and print media), in the June 2017 changes. Those changes saw the elevation of Connor Schell (to executive vice president of content) and positioned Schell alongside Burke Magnus (EVP, programming and scheduling) and Justin Connolly (EVP, affiliate sales and marketing) as then-ESPN president John Skipper’s top direct reports.

It’s the ESPN Films/30 for 30 involvement that’s perhaps particularly interesting when it comes to Donoghue and Amazon. Documentaries are one area where Amazon’s really made their mark on the sports space so far, especially with the NFL and Manchester City ones, and while live games are obviously also important, documentaries have the advantage of retaining significant long-tail value; they can still be worthwhile for subscribers months and years later. (This is why Netflix has repeatedly insisted they like sports documentaries more than live sports, and Amazon’s Prime library in general has some of the same thinking, featuring lots of older movies and TV shows for the long-tail effect.)

However, that’s perhaps less true with all-access documentaries on current events than with more timeless content like the 30 for 30 series. Particular Arizona Cardinals’ or Dallas Cowboys’ seasons may be interesting in the moment, but will people still want to watch them years later? And that’s where some of Donoghue’s experience may come in handy; there’s obviously value in these immediate all-access documentaries, just as there’s value in live games, and it doesn’t seem likely Amazon will abandon either any time soon (especially given their unique business model that allows them to gain data on users watching that content and offer them relevant products to buy), but she also may be able to help the company expand to some content with a longer shelf life. Here’s what she had to say about 30 for 30 and O.J.: Made In America (which won ESPN’s only Oscar to date, and perhaps their only one ever given the rule changes it prompted) in that 2017 Columbia Law School piece:

When we first started to talk about exploring the O.J. Simpson story, we knew it probably wouldn’t fit in a 90-minute or 2-hour 30 for 30. Ezra Edelman, the director, who’s brilliant, and Libby Geist, the producer, and Connor Schell [a 2004 graduate of Columbia Business School], who worked for me at the time, really were excited and said, “This is an amazing project and there’s so many amazing storylines that could run through it.” Everything from race to sexual politics to the history of L.A. to media…we really thought that the five-hour length really let us explore them.

We convinced my boss, [ESPN President] John Skipper, and he was interested enough to continue to fund us and let it go longer. I think I saw one version that was about 11 hours. But [Edelman and the production team] picked a few particular concepts to explore and explored them fully and deeply. They were very disciplined in not just exploring the surface of other topics. For what they intended to do, [the final cut] was the perfect length.

Of course, not all the conversation about Donoghue has been positive. The comments James Andrew Miller (a veteran chronicler of ESPN moves) made on her in his The Hollywood Reporter piece on the ESPN executive shakeup are perhaps worth noting:

Skipper included a dose of bitter medicine for himself in the announcements, which can’t have been easy for him. He bid farewell to two of his closest lieutenants throughout his presidency — Marie Donoghue and John Kosner will both be leaving the company.

Donoghue, whom Skipper championed unwaveringly until the end, had survived a vote of no-confidence from none other than the powerful Bill Simmons when he was at the network, yet ironically she couldn’t excel in a post-Simmons world. Key executives inside the company lacked faith in Donoghue’s expertise or resented her management style, or both. (Added Skipper about Donoghue: “During the 17 years I have worked with Marie, she has proven to be creative and forward thinking, with unique insight across evolving and traditional media. She is a dedicated, talented, seasoned executive and I look forward to her counsel.”)

And 30 for 30 certainly shouldn’t be attributed to Donoghue alone, as that series received significant contributions from Simmons (now at The Ringer/HBO), Schell (now in that key overall content czar role at ESPN), Geist (now overseeing what’s next for 30 for 30/ESPN Films) and many others, to say nothing of the individual directors involved. And there’s a discussion to be had about the other properties she’s most recently been associated with, especially considering how Grantland was quickly closed post-Simmons without much thought to how it could work, how The Undefeated got off to an absolutely disastrous start with Jason Whitlock and has an uncertain future, and how FiveThirtyEight has now been shifted over to ABC News (part of ESPN’s move to be “not political,” but still). As with anything at a large company like ESPN, how much individual credit or blame a particular executive should receive for different projects depends on who you ask, but it is notable that Donoghue received both significant praise (from Skipper and others) and significant criticism during her time at ESPN. We’ll see how she does at Amazon, and what she does there.