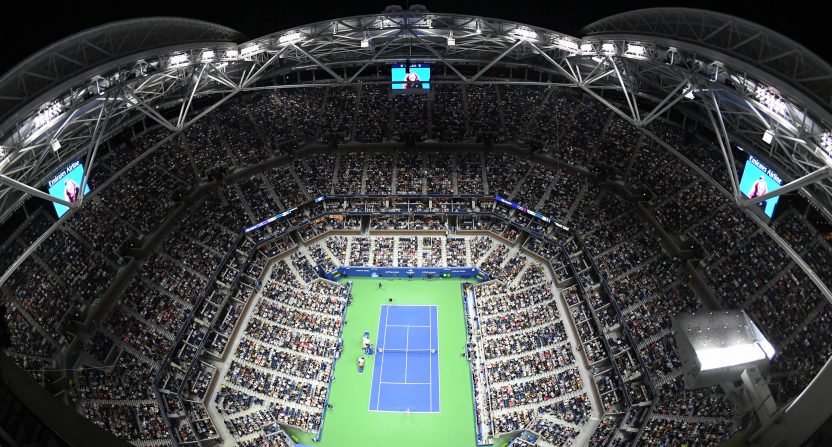 We are now officially in the age of streaming platforms being major players when it comes to broadcasting sports. Amazon is now firmly a part of the space and their addition of former ESPN exec Marie Donoghue is a big signal of their intent to continue to grow their live sports offerings. However, if the company’s US Open tennis coverage (only available in the UK) is any indication, she has her work cut out for her.

While ESPN+ has streaming rights in the States, Amazon is broadcasting the tournament in the UK for Prime subscribers. And, it’s about as well-received as American owners infiltrating the Premier League.

Amazon has suffered from a deluge of one-star reviews from its own users and tennis fans extremely dissatisfied with the quality of coverage.

Fans vented their frustration with the tech company’s coverage of the major tennis tournament held in New York, which is only available in the United Kingdom to subscribers that pay £7.99 ($10.30) per month for Amazon Prime.

“A complete embarrassment,” one user said in a review on Amazon’s website. “The pictures are poor quality. The sound is out of line with the video. The volume of sound of the commentary is much lower than the umpire.”

Of the nearly 700 reviews on Amazon’s website, 82% give the product a one-star rating. Many users lamented the inability to record matches, poor picture quality and difficult navigation.

The top critical review chided Amazon for not providing on-demand matches from earlier in the tournament. “Please make some changes so tennis fans can enjoy our favourite sport,” it said.

Another user described the coverage as a “huge backwards step for tennis.”

As of the writing of this article, there are now 841 reviews with an average of 1.4 stars out of 5. They are divided between 72 “positive reviews” and 749 “negative reviews.” A major sticking point seems to be the complete lack of an on-demand option, which would be a significant negative aspect especially considering the time difference. If matches are taking place during primetime viewing hours in the US, that means it’s the middle of the night in the UK. If you can’t watch on-demand, then only people suffering from severe sleep deprivation would be able to watch.

Just how bad is it for Amazon? Comments were disabled for the coverage. The company said that it wasn’t to shut down negative criticism though and instead was “an IT glitch.”

Bad reviews of Amazon’s separate highlights service reached such a level – 96% awarded just 1 or 2 star ratings – that no more reviews are being allowed to be posted about the service. Those trying to post a new review are met with the message: “This product currently has limitations on submitting reviews. There can be a number of reasons for this, including unusual reviewing activity.”

Amazon says that reviewers are not being deliberately blocked from posting and rating it’s US Open coverage but that it is an IT glitch the company is fixing.

A spokeswoman for Amazon.co.uk said: “We are working with customers to address specific issues – we listen to all customer feedback and are always working to improve all aspects of our service.”

The worst part about this is that these are broadcast basics that anyone televising sports should be able to get right. Sure, there might be a learning curve given this isn’t a simulcast of an already established network broadcast, but some of these reviews make it seem like a local access production.

If Amazon is going to be serious about getting into broadcasting more live sports, then they have a long ways to go to get to a competitive level. And they better do it soon, at least for their UK audience. Beginning next year, they’ll be offering streaming broadcasts of the English Premier League. And those fans really won’t be happy if the broadcasts are subpar.