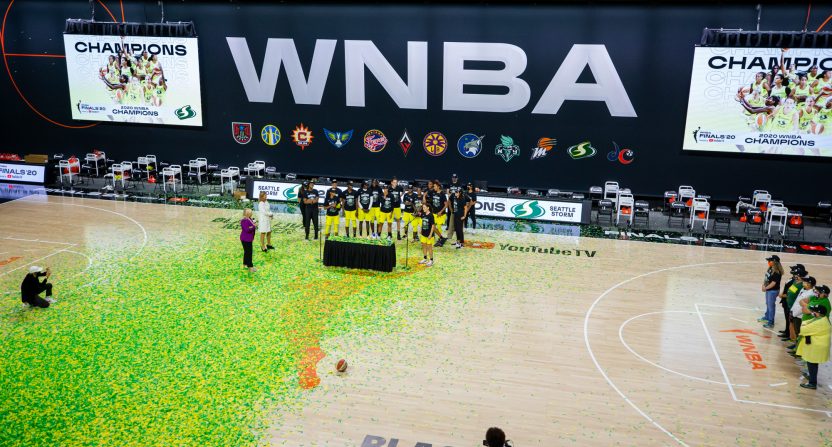 Amazon Prime Video has streaming rights for specific games with the NFL, New York Yankees, and Seattle Sounders. And now they can add the WNBA to their offerings.

Per the Hollywood Reporter, Amazon snagged partial rights to the WNBA in a multi-year deal that lets them live-stream 16 regular-season games in the upcoming season. That includes the inaugural title game of the recently announced Commissioner’s Cup.

“The WNBA is one of the premier professional sports leagues in the world and serves as an inspiration to millions of young and aspiring athletes everywhere,” said Marie Donoghue, VP of global sports video at Amazon. “I am delighted we are bringing these outstanding athletes and games to Prime Video.”

Amazon joins Twitter, Facebook, Paramount Plus, and Oculus as streaming partners of the NBA. ESPN and CBS Sports own the TV broadcasting rights for the league.

The first nine games that part of Amazon’s deal will be part of the Commissioner’s Cup, an in-season tournament that involves 10 regular-season games for each WNBA franchise. The teams with the best record in each conference in Cup games will then play for the Commissioner’s Cup trophy and $500,000 prize pool on August 12. The remaining games included in the deal will take place during the second half of the WNBA regular season

Amazon Prime Video games will also be distributed in the participating teams’ markets through each teams’ local distribution partners.

The full list of games included in the streaming deal is noted below: