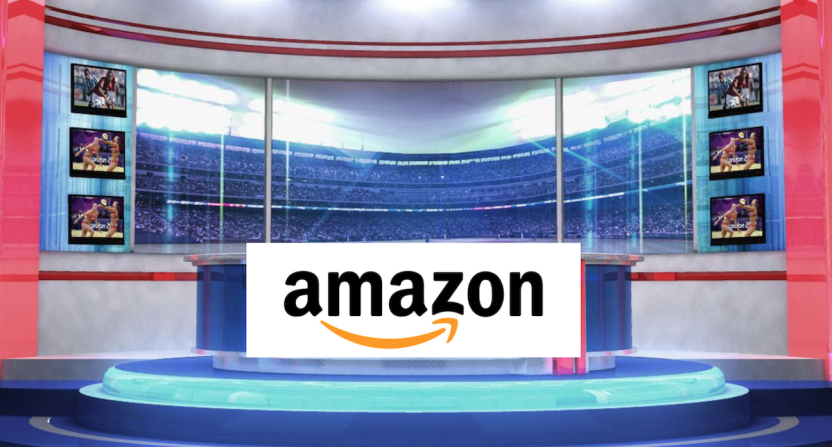 As Amazon makes more of a push into sports, adding live events to documentaries, the streaming outlet is looking to create a daily platform for its sports programming.

According to the New York Post‘s Andrew Marchand, Amazon is in the process of developing studio sports shows with the intention of creating a daily lineup. And the company is talking to an established producer of such programming to produce those shows, aiming to launch with a morning program.

Embassy Row, the company founded by Michael Davies (of Men in Blazers fame) and owned by Sony Pictures Television, is in discussions with Amazon Prime Video to produce the studio shows for Amazon. Among sports shows Embassy Row has created and produced are the aforementioned Men in Blazers for NBC Sports and NFL Network’s Good Morning Football. The operation has also produced a variety of programming for ABC, Bravo, Food Network, Game Show Network, and AMC.

Marchand emphasizes that no agreement has yet been formalized between Amazon and Embassy Row. Other production companies are also under consideration, though none were named in the report.

Adding sports studio programming with news, analysis, and commentary could be a viable alternative to the debate-fueled content on cable networks ESPN and FS1 could be appealing to fans. But when fans can find sports-specific studio coverage on league-owned networks like NFL Network, MLB Network, NBA TV, and NHL Network, will Amazon become a destination for sports viewers? The company might not care, as long as such programming entices people to sign up for Amazon Prime.

At the very least, studio shows could be complementary to whatever sports content Amazon adds to its catalog. Amazon already has sports programming through its All or Nothing docuseries, which have been devoted to the NFL, Premier League soccer, NHL, college football, and rugby.

"My beef is with the 'Who have the @MiamiDolphins beaten?' crowd.' 5 straight wins in the NFL is 5 straight wins, and after starting 1-7, I think this is one of the best stories of the 2021 season. Let's embrace it."@PSchrags | @OldTrapper pic.twitter.com/szlgTDAOft

An NFL show seems like a certainty to go along with Thursday Night Football coverage. Embassy Row already works with NFL Network for Good Morning Football. And if Amazon buys a stake in NFL Media (reported to be as high as a 49 percent share), plenty of content from NFL Network, NFL RedZone, and NFL.com would be available for a studio show.

Soccer is a strong possibility with Amazon acquiring UK rights to Premier League matches, in addition to offering UEFA and NWSL coverage through Paramount+. Boxing coverage is available through Showtime and UFC pay-per-views have previously been available on Prime Video. Perhaps a wrestling show would coincide with the variety of wrestling documentaries available on Amazon Prime. Amazon has also taken steps into local coverage with New York Yankees and Seattle Sounders broadcasts.