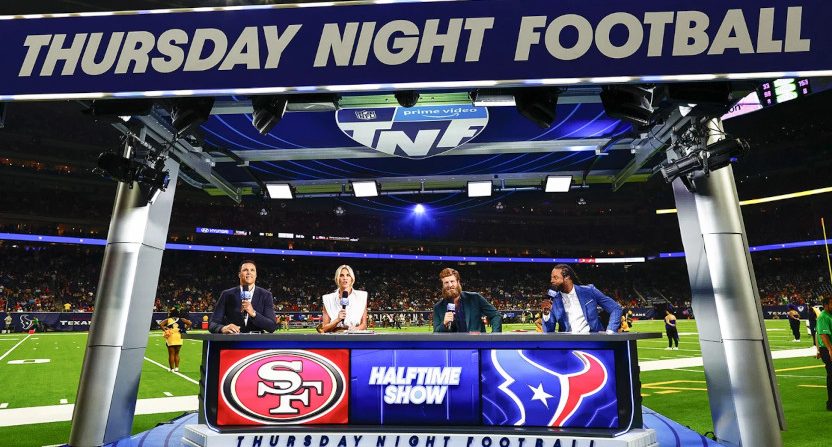 Amazon is currently in a bit of a tiff with audience metric company Nielsen.

David Bauder wrote about the situation for the Associated Press in a story worth reading if you enjoy details of two entities being slightly petty with each other. (A totally valid interest, to be clear! I love those stories!)

So which is it?

You’ll have to judge for yourself. After each of its Thursday night games this season, Amazon has publicly contradicted Nielsen in this manner, one of the boldest challenges ever to a company that for generations has monopolized the count of people watching programs on television.

Neither company is saying the other is wrong, but neither is backing down, either. The result is confusion, most notably for advertisers.

Nielsen would seemingly have no interest in anything but accuracy; their entire business model depends on accurately tracking viewing habits. That’s increasingly hard to do in the world of streaming, where companies like Amazon have their own internal metrics and a vested interest in claiming the largest audience possible.

Nielsen’s comments on the matter are fairly conciliatory, which makes sense; they can’t really afford to have confidence undermined. And hey, growing pains are understandable!

Since different methodologies are being used, it’s no surprise that there are differences in the estimate, she said.

“It’s going to take a little time,” Kim said. “As it evolves it should be one number. But we’re not quite there yet.”

For now, ad prices for the Thursday games are set using Nielsen’s numbers. But Amazon clearly has an incentive to let clients know that it believes more people are actually watching.

“You have to remember that this is new — new for Nielsen and it’s the first time there’s been actual data for an event like this,” (Amazon exec Jay) Marine said.

While all this might be amusing for media nerds (and again, no shade if you’re one of them; our entire site is made by media nerds for media nerds), the grander impact is a bit harder to define. There’s a classic, wrenching moment in Sports Night that sees anchor Dan Rydell, in a moment of deep hurt while broadcasting the fall of an NFL Draft prospect, hang his partner out to dry on the air by asking, “Tell us Casey, why should we care?”

That’s honestly where I land these days on ratings discourse. To be clear, this is a personal opinion; Awful Announcing covers the beat and there’s a market for it. But for me, I just don’t care. I don’t. I don’t care if Amazon actually has a few million more viewers, which would allow them to squeeze a few extra millions from slightly less powerful corporations. The same goes for traditional broadcasters.

Obviously, ratings matter, but much less so for sports than for scripted television. In that arena, network executives balance critical success and other factors alongside viewership to decide which shows get more seasons and which get canceled. (Like, sadly, Sports Night.)

For sports, though, it’s important to remember this: it doesn’t matter. The NFL isn’t suddenly going to stop being broadcast on television. The games will still be played. Sure, some bad-faith voices try to spin declining or rising ratings to make ill-advised culture war arguments one way or another, but that’s not real. Yes, the league’s partners and the league’s partners’ partners might see more or less money. They’re all going to be fine.

Even just analyzing it as data science is a struggle anymore, thanks to the proliferation of streaming platforms, changes in viewing habits thanks to technology like DVR, and the general splintering of media. Proper context is almost impossible, and even year-over-year numbers are suspect at this point if you’re trying to draw real conclusions.

Let Amazon and Nielsen fight, sure. And if your job depends on this stuff, or if it’s just a fun thing to follow for you, by all means go for it. But to me, it’s all just noise.