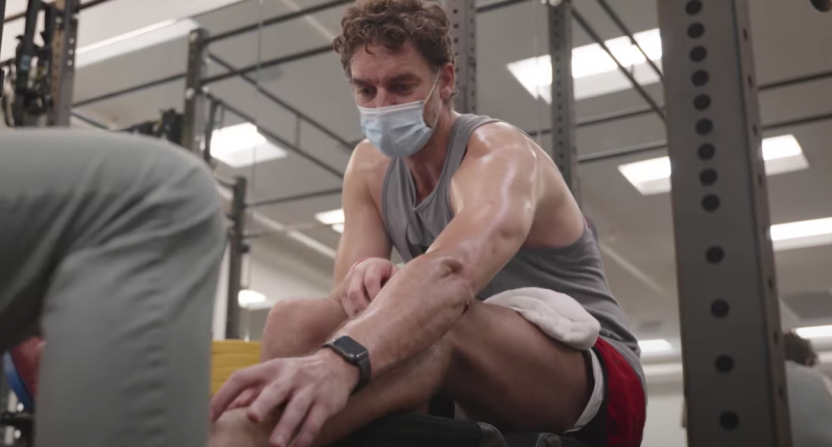 Pau Gasol’s attempt to come back from a stress fracture in his left foot to play the 2020-21 basketball season for FC Barcelona and in the Olympics for Spain is the subject of an upcoming docuseries from Amazon Prime.

Titled Pau Gasol: It’s About the Journey, the four-part documentary chronicles the 18-year NBA veteran’s recovery and rehab from surgery on that left foot following the 2018-19 NBA season. Gasol suffered the stress fracture during the early part of the campaign while playing with the San Antonio Spurs.

Following the Spurs buying out his contract, Gasol finished the season with the Milwaukee Bucks, appearing in only three games. The next season, he signed with the Portland Trail Blazers but was waived and considered taking a role as a coach while continuing to rehab from his foot injury. After sitting out the remainder of the 2019-20 NBA season, Gasol returned to Spain to play for FC Barcelona at 40 years old.

Check out the trailer for Pau Gasol: It’s About the Journey, which premieres Nov. 12 on Amazon Prime:

Spoiler alert: Returning to FC Barcelona paid off with the team winning the Liga ACB championship, the third of Gasol’s career. (He also won titles in 1999 and 2001 during his first three seasons in Liga ACB before entering the NBA Draft. Gasol was selected No. 3 overall in 2001 by the Atlanta Hawks and then traded to the Memphis Grizzlies.)

Following the season with FC Barcelona, Gasol and his brother Marc played for the Spanish national team in the 2020 Tokyo Summer Olympics. Spain was eliminated from the tournament after a 95-81 loss to the United States. Shortly thereafter, Gasol announced his retirement from international play. Approximately two months later, he opted to retire from basketball altogether.

Pau Gasol: It’s About the Journey will span four episodes, each with a 45-minute run time. The docuseries will follow Gasol’s comeback attempt as he attempts to recover from injury, faces the possibility that his basketball career is over, and begins to plan for life after leaving the court.

“In this documentary, I tell the story behind my return to the court,” said Gasol in the official statement announcing the series’ release. “I think it’s important for people to be aware that sometimes the road is not easy and it’s full of setbacks, but the effort, will, and passion for what you do is what leads you to keep moving forward and working hard to achieve your goals. This is the story of someone who loves what he does and fights till the end to say goodbye the way he had dreamed.”

RTG (“Respect The Game”) Features is producing the docuseries with Amazon. The company is producing an upcoming documentary on legendary Georgetown basketball coach John Thompson and recently released basketball-related projects include The World of Five-Star podcast and Gap Year documentary.

In addition to the trailer for the docuseries, Amazon also released a poster image, embedded below: 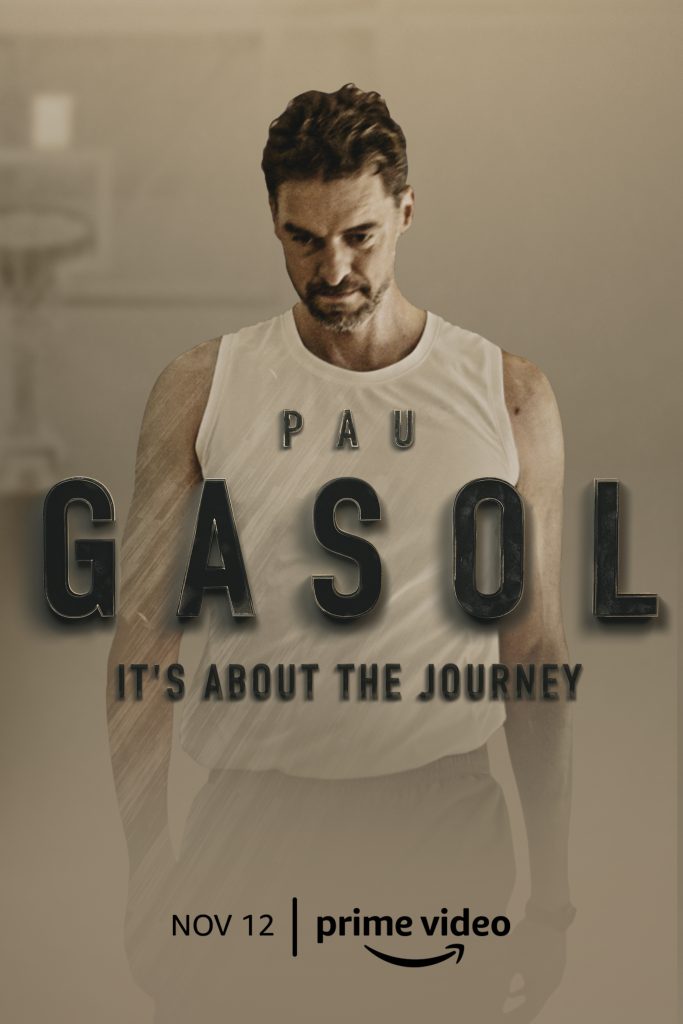 During his basketball career, Gasol won two NBA championships with the Los Angeles Lakers (also playing with the Grizzlies, Chicago Bulls, Spurs, and Bucks). He averaged 17.0 points and 9.2 rebounds per game.

In international play, Gasol won a FIBA World Championship with Spain in 2006 and European titles in 2009, 2011, and 2015, along with the three Liga ACB championships. With the Spanish national team, he won silver medals at the 2008 and 2012 Olympics, in addition to a bronze in 2016.