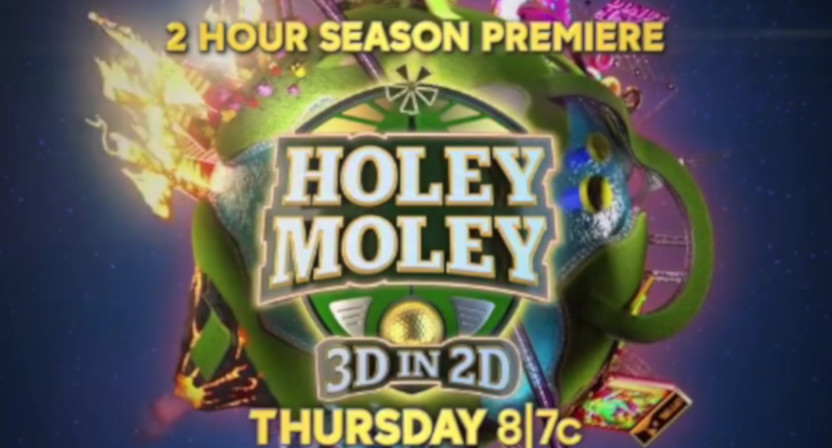 As discussed here before, ABC’s Holey Moley is returning for a third season this week, making its debut with a two-hour premiere Thursday (at 8 p.m. Eastern). And as per a promo clip from the show’s Instagram account, the new season comes with 12 new holes, and one (Double Dutch Courage) “they just lit on fire”. Here’s that clip:

It looks like there will be a lot more Holey Moley fun ahead. And that’s notable, considering the heights this show has already reached. Here’s a clip from Season 2 showing kickboxer Mallory getting taken out by “Polcano”:

Holey Moley has been fantastic television so far. And a big part of that is the announcing. As play-by-play commentator Tessitore once told AA, “We’re two absolute jackasses who for reasons unknown have been given the green light to show up on network television and broadcast extreme mini golf.” And he and primary analyst Rob Riggle have delivered remarkable commentary on these miniature golfers trying to win a big prize, especially around wipeouts:

congrats to this holey moley contestant for putting in the single worst effort i've ever seen on the windmills pic.twitter.com/2uKQmmZApb

For those who love Holey Moley, it’s great to hear that it’s back for another season. We’ll see how this new season goes.