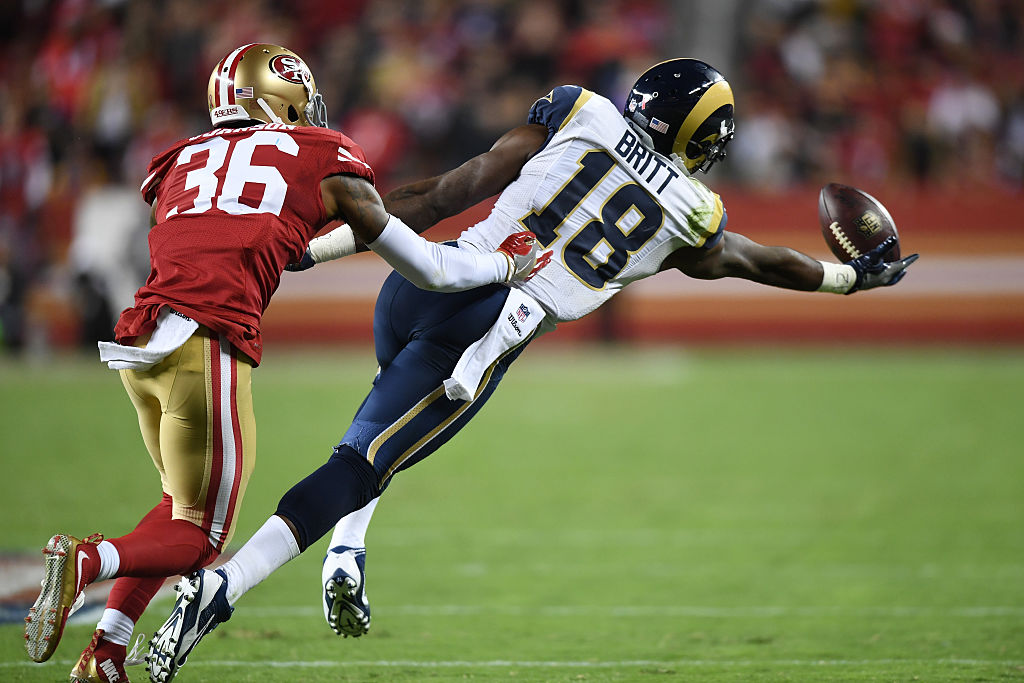 For the last few years we have been asking when the NFL might finally reach its high point in popularity? Ratings have continued to soar and soar over the years with seemingly no end in sight. At least maybe until now.

We’re used to seeing headline after headline that writes glowing words about the NFL and its various television partners drawing record viewership after record viewership and games drawing their highest ratings in decades. Sunday Night Football has become the number one program in all of television, the Super Bowl holds 18 of the top 20 programs in American television history, and the NFL is the most consistently popular sports and entertainment property there is, which is why networks like ESPN, CBS, Fox, and NBC are paying billions of dollars for the rights fees.

But at least for one week, the NFL saw its viewership numbers go the opposite direction.

When it comes to the Week 1 ratings for the 2016 season, NFL numbers were uncharacteristically down across the board. All the stats come courtesy Paulsen at Sports Media Watch.

Sunday Afternoon Singleheader (CBS) – The single game window for CBS (9.3 rating, 16.0 million viewers) was down 20% in viewership from Fox last year, which may not be that big of an issue since NFC teams populate some bigger markets. However, it was also down 3% from 2 years ago on CBS.

Sunday Afternoon Doubleheader (Fox) – It was an interesting story for Fox for their afternoon telecasts as they had the late afternoon window for a national doubleheader. In fact, they were the only network to get some pretty good ratings news in Week 1. Their early game lineup (9.2 rating, 15.8 million viewers) drew a record audience while the Cowboys-Giants tilt (15.5 rating, 27.5 million viewers) saw the 4 PM ET window draw Fox’s lowest numbers since 2012. Overall, a Fox exec said it was their second best Week 1 ratings day ever.

Sunday Night Football (NBC) – The cross-conference matchup between the Patriots and Cardinals (13.1 rating, 23.1 million viewers) was down 14% in viewers from last year and 3% compared to 2014. Of course, last year’s game was Cowboys-Giants, which is always a guarantee to draw major audience numbers. Even though the Cardinals are very good, they’re not quite the same draw.

Add it all up and five of the six windows saw declines, and some saw fairly significant declines.

One week does not a trend make and it’ll be worth watching throughout the rest of the season where the ratings are for all of the networks. Week 1 was hurt somewhat by either terrible games (Rams-49ers) or non-traditional matchups that might be down from rivalry games that could take these early primetime slots (Steelers-Redskins, Patriots-Cardinals).

And much like we wrote about this summer with the Olympics, even though the NFL may have seen a slight decline, it’s not the end of the world. All of these ratings are still insanely good and better than pretty much everything else on television. With each passing year there’s more competition than ever before and more people are cutting the cord and looking elsewhere for entertainment. The NFL is still the king of the mountain and will be for the foreseeable future.

But we can’t help but look at these numbers from Week 1 and wonder if we finally reached that point where the NFL has reached its high point in popularity and its saturation point in popular culture. And it brings to mind what Mark Cuban said a few years ago – perhaps the NFL has gotten too greedy with their television expansion and trying to own every night of the week and we now know where its limits are.