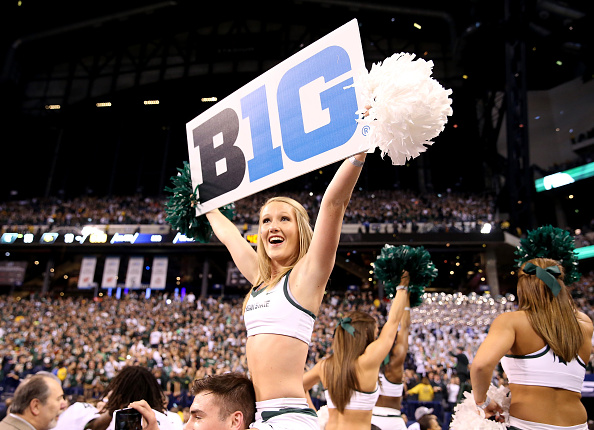 As was reported last week, Fox is close to landing a media rights deal with the Big Ten. A conference source has told Awful Announcing that the could be finalized as early as this week.

With Fox in a pre-existing relationship with the conference as it operates and owns 51% of the Big Ten Network, it’s not surprising that it was able to sign what could amount to be one-half of the league’s media rights.

What is surprising is that ESPN which holds the football rights and a good portion of the basketball rights through the 2016-17 season, in essence gave a low bid to retain its portion of the deal. According to Soprts Business Journal’s John Ourand and Michael Smith, ESPN’s bid was well below Fox’s and could be a sign that the Worldwide Leader is going to be more cost-conscious. And while ESPN is talking about bidding on a second package of Big Ten rights, it’s thought that it may not be competitive with the networks which are interested in picking up the conference.

And if ESPN gets shut out of the Big Ten which would be shocking, it doesn’t mean that it’s going to be getting out of college sports. It’s still committed long-term to the SEC and College Football Playoff, plus there are coaches who want to be on ESPN to help recruiting (see the Big East on Fox).

But if ESPN won’t go above and beyond for the Big Ten, who could take its place? CBS/Turner and NBC are at the table. With CBS/Turner, it means that they could partner with Turner taking a Thursday night football game while CBS could have a Saturday football window leading into the SEC or perhaps even an occasional primetime game. And they could also divide basketball games giving Tuirner some much needed inventory leading into the NCAA Tournament.

NBC which was shut out of the BCS conferences now has an opportunity to get in with the Big Ten. It certainly has some open windows during college football season, but according to SBJ, the Peacock prefers exclusive windows and the Big Ten would mean sharing rights with Fox/Big Ten Network and compete with other conferences at the same time.

So the Big Ten certainly has some options, but if it goes without ESPN, it may find itself going into uncharted waters without its high visibility. But the Big Ten can counter that this particular set of rights is a six-year deal and if the ratings are low, it can return to ESPN once the deal expires. Plus, the Big Ten knows that it will have plenty of suitors again after the 2023 academic year and we’ll go through this speculation anew.