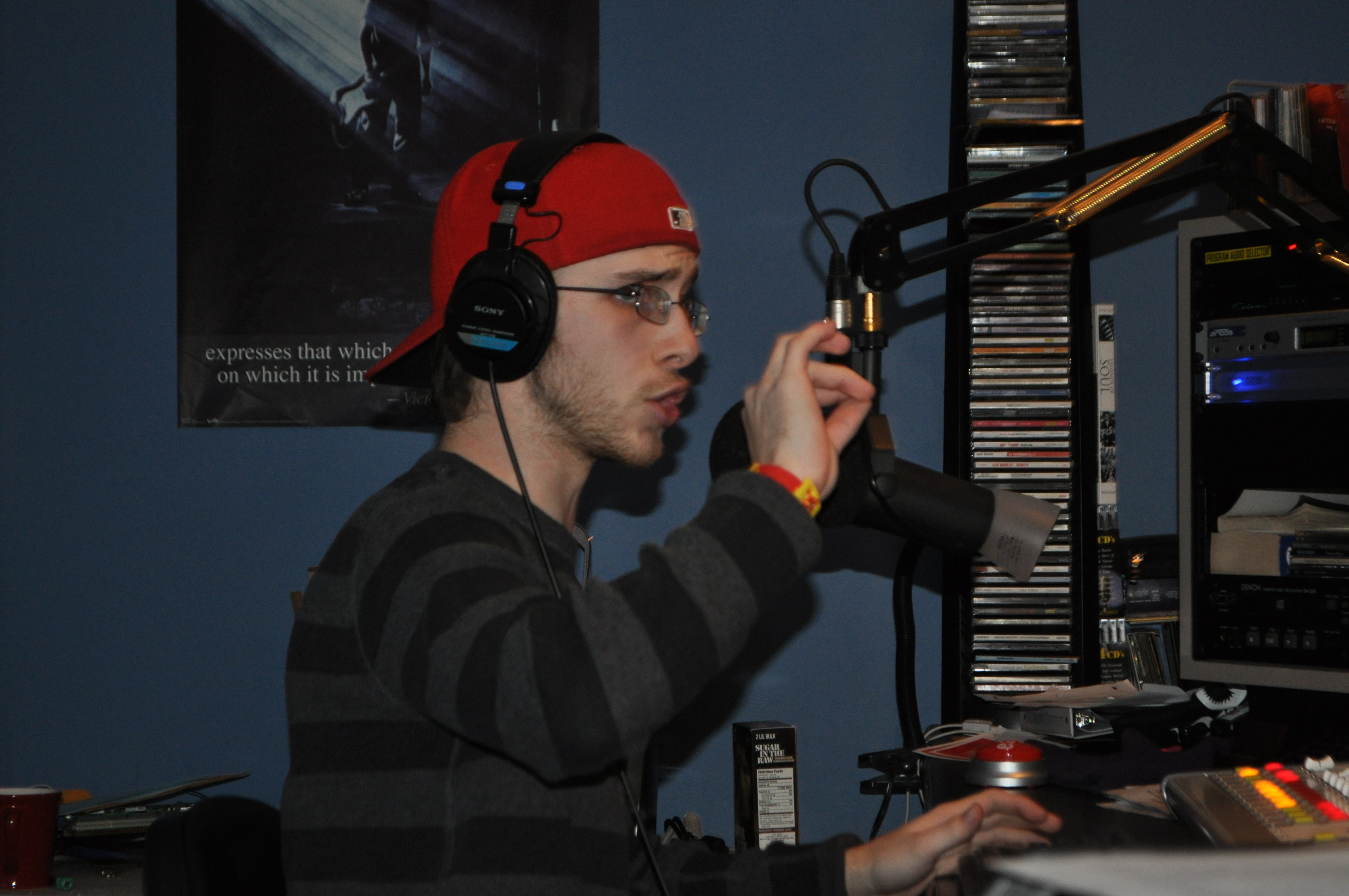 Philadelphia sports radio station 97.5 The Fanatic has provided us with one of the most unusual planted caller stories ever, and one that’s already drawing a lot of backlash. As reported by Kyle Scott of Crossing Broad (via Deadspin’s Patrick Redford), regular 97.5 caller “Dwayne From Swedesboro” is actually 97.5 producer Pat Egan (seen above in a 2011 photo from his college newspaper, The Neuman Joust), and afternoon host Mike Missanelli (the primary target for “Dwayne”) has been unaware of this for years. This is particularly problematic when you consider that the “Dwayne” persona is of a black guy who’s always talking about paternity tests and hitting on white women, and that Egan is white.

What kind of comments are we talking about here? Well, here’s “Dwayne” calling 97.5 host Jason Myrtetus (who was in on the joke) at 4 a.m. this January and discussing paternity tests:

Look man, I ain’t gonna lie to ya, the paternity test was a big relief. It’s like I didn’t think that kid was my kid, but then its that little bit of fear like, oh snap, Dwayne could be paying for this for 18 years.”

Here’s Dwayne’s Twitter profile (update: now deleted) and some of the comments he’s made there:

So, yeah, this seems just a little problematic. Egan has been apparently doing it for years, and although there have been some suggestions “Dwayne” was fake before now, he wasn’t caught until tipster @theREALJAYEMCEE (a former 97.5 intern) contacted Scott Friday. “Dwayne” failed to show up at 97.5’s Fantasy Fest this past weekend (after offering to give away his tickets for nude pictures), and Scott managed to not only confirm that his fake status was well-known amongst 97.5 staff, but to figure out where the Twitter photos of “Dwayne” came from. It turns out they’re of Nosike Onyemaobim, one of Egan’s hockey teammates.

Scott then contacted Missanelli, Myrtetus (who also produces Missanelli’s show), and Egan for comment, and the first two discussed his e-mail live on the air, with Missanelli insisting “Dwayne” was real because he’d showed up at the station once (and been turned away before the hosts saw him because they were on the air at the time) and Myrtetus playing along. Here’s that transcript:

Mike Missanelli: “The only thing I can tell you is that Dwayne from Swedesboro showed up live here at the radio station.”

Jason Myrtetus: “He was not allowed back here we were told, right?”

MM: “He was not, but he was Dwayne from Swedesboro. Dwayne was a real person when he came here. We met Dwayne.”

JM: “Somebody was breathing.”

MM: “Yeah somebody named Dwayne, from Swedesboro, was here so they might not wanna put that post up yet and check into that.”

MM: “Dwayne from Swedesboro being accused of apparently not being a real person, so Dwayne from Swedesboro, if you’re out there and you can put this to rest, we’d love to hear from you right now because there’s a gossip stream that is gonna label you as a fraud. But our program director, he met him.”

And here’s what Scott wrote about what happened next:

After the show, I spoke with Myrtetus and Egan, who were together, and was greeted by the voice of “Dwayne From Swedesboro.” They acknowledged that Dwayne was a character they created during a slow sports time around two years ago. They said his persona snowballed from one call to Missanelli where Dwayne was able to irritate Mike. Echoing what others said, they claim Mike had no idea that he was talking to one of his station’s producers.

Unsurprisingly, this has resulted in Egan taking a lot of criticism on Twitter for impersonating a black man and drawing on racist stereotypes. Here’s some of that:

Might wanna go with Rachel Dolezal? Also, good luck selling the “joke” RT @Pat_Egan: Do I change my Avi to Manti Teo or Ryan Lochte? 😂😂😂

@Pat_Egan @StonedPhillyFan you wear black face while on the call or just a white hood?

@Pat_Egan "talent" ha Only reason it went on so long is your audience is all white. Whites who only know black ppl from tv it seem. Cornball

It’s going to be interesting to see where the reaction goes from here. Egan doesn’t seem to believe he did anything wrong, but from the outside, it seems highly problematic to repeatedly call in as a character of another race and embrace some oft-perpetrated racial stereotypes. We’ll see if it leads to any further response from the station.