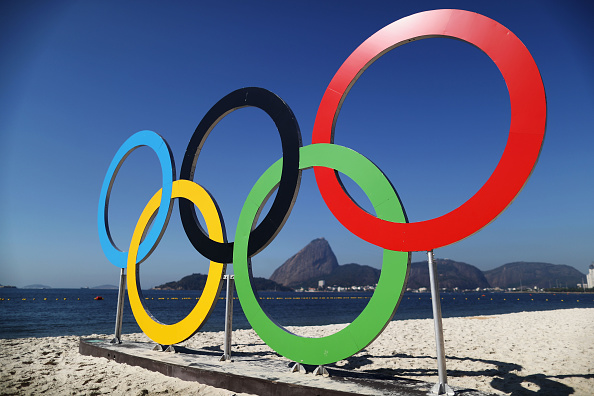 Seemingly everyone had a bone to pick with NBC’s Olympic coverage this year. While we could rehash all the various controversies and criticisms once again (you can view a few here, here, and here in case you really want a refresher) we’ve decided to be constructive today. We polled our staff and asked a simple question – what’s the one thing you would change about NBC’s Olympic coverage? And yes, our staff was limited to just one response, but collectively it does cover a lot of ground. We’re sure that if NBC listened to all of these polite suggestions and took this free and friendly advice there will definitely be no criticism of their 2020 Summer Olympics coverage… right?

Ken Fang: Where do I begin? And it’s so tough to reduce it to just one, but here goes. If I were to change one thing about NBC’s coverage, it would to make gymnastics live. NBC made figure skating live in Sochi and that is how America discovered Tara Lipinski and Johnny Weir. In addition to the live feed on NBCSN in the morning, NBC aired its regularly packaged figure skating in primetime.

If I were NBC, I would be doing the same with gymnastics. In Tokyo with a 13-hour difference with the East Coast, I have a feeling we’ll see a lot of delayed coverage in primetime, so here’s an opportunity to show some live gymnastics in the morning (probably in the wee hours) on NBCSN with their online crew of Jim Watson, Jonthan Horton and Courtney Kupets Carter who did a fantastic job this year, then have the over the top Americanized, Russian crying gymnasts-obsessed packaged primetime coverage on NBC with Al Trautwig, Tim Daggett and Nastia Liukin.

This way, hardcore gymnastics fans who have come to complain about Al Trautwig can have their nuts-and-bolts coverage cake and their primetime ice cream too.

Jay Rigdon: As I don’t anticipate NBC switching from the tape-delay model, nor from their overall approach to the Olympics as something more akin to a scripted spectacle than sports, I ask just one thing: make it even across time zones.

Having never experienced an Olympics outside the Eastern time zone, I was surprised how disconnected I felt as I attempted to follow along in Denver, where NBC’s primetime broadcasts were delayed relative to the east and midwest. As the shared watching/online conversation is so much of what makes the Olympics fun for me, it was frustrating when I wasn’t able to join in until everyone else had moved on.

Further complicating matters, the cable broadcasts obviously aren’t delayed, so for some of the events I was on the same page as everyone, while for others I wasn’t, making for a disorienting viewing experience.

Even if I know the results ahead of time, as will likely be the case for everyone during Tokyo 2020, at least let me discuss the how and why along with everyone else.

Oh, and dump Al Trautwig as soon as possible.

Joe Lucia: The tape delay strategy is ridiculous in the year 2016. Like, why? I understand that NBC doesn’t think they’re catering to a “sports fan” audience, but why are you showing finals six-plus hours after they occurred? At least give us the *option* to watch these events live on television, on one of NBC’s plethora of other networks, as opposed to only streaming them.

You mean to tell me that live gymnastics on NBCSN, CNBC, or USA in the middle of the afternoon would be that much of a deterrent to the tape delayed gymnastics (or volleyball, or swimming, or whatever) on NBC? Please – the people who want to watch the events live are streaming them anyway. At least give those without the option of streaming them to watch live on TV as they occur instead of making them wait hours upon hours.

Phillip Bupp: Can only choose one thing? Well, okay.

I understand why NBC does some of the things they do with Olympic coverage and while I don’t agree with some of it, it’s sometimes a necessary evil. One thing that really needs to change is how NBC produces the Opening Ceremony. Sometimes, having the Opening Ceremony on tape delay (like what will be the case from 2018-2022) is necessary because it will likely start at 5 AM, but putting it on tape delay this year, at just an hour time difference from the eastern time zone was inexcusable.

And when the eastern and central timezones FINALLY got to watch, the mountain and pacific timezones still had to wait until they were in primetime in order to watch. So those in the western half of the United States, not to mention Alaska and Hawaii, got doubly screwed over due to the Opening Ceremony being on tape delay.

But while tape delay in some form is necessary at times, one thing they can do is change the commentators. This isn’t a nighttime version of The Today Show. I don’t need Matt Lauer, Meredith Vieira and Hoda Kotb interrupting every performance with inane chatter that barely has anything to do with what’s going on. And if I wanted to listen to three people who seemed like they would rather be doing the show drunk and simply making jokes and critiquing the attire of all the athletes, I could do that with my friends and just watch the broadcast without commentary.

Ben Koo: I really love the Olympics, but found myself tuning out more this year than any other. A large part of that was that I would have events spoiled via social media, than again by those watching in other time zones. I just couldn’t get into the fact I was being served a meal that was cold and had been tasted, eaten, and reviewed many times over before getting to me.

However, I think what would be the best thing is moving NBC’s Gold Zone or red zone like web channel onto a permanent home like NBCSN. NBC can stash programming all over the dial and online, but for many it’s overwhelming. NBCSN is their most sports centric channel whose normal audience is probably the most interested in live whip around coverage. Make it easier for fans who want to watch live events and coverage. Give the haters and complainers their own well executed and packaged channel to hang out. If you build, they will come…. and by they, I mean those pesky millenials.

Alex Putterman: I’m as frustrated with the tape delays as anyone, but others have that covered, so I’m going to talk about something else.

The Olympics showcase a wider variety of athletes than any other sport event, in terms of nationality, of course, but also in terms of gender and race. With that in mind, NBC could do a better job talking about that diversity. At a minimum, that means being sensitive about saying medal-winning gymnasts look like they’re at a mall or referring to “the man responsible” for an athlete’s world record. It also might mean probing the symbolic social importance of a successful black swimmer or discussing the increasingly diverse makeup of U.S. Gymnastics’ top performers within a mostly white sport. Maybe it even means exploring whether “kids will be kids” attitude toward Ryan Lochte pushed on NBC’s own airwaves represents a form of white privilege.

These types of conversation make tons of people uncomfortable, but to many other people they’re a glaring omission from the mainstream Olympic discussion. At the very least, NBC should clean up the way its talent speaks about female athletes. Beyond that, it would be great to see the rightsholder dive into the murky issues of race and gender that are as relevant at the Olympics as anywhere else.

Andrew Bucholtz: The endless tape delays and the inequality across time zones have already been mentioned, so my biggest wish would be for NBC ‎to dump Ryan Seacrest and return Mary Carillo to prominence as late-night host while also working in more of her excellent features.

Seacrest showed very little knowledge of the Olympics or sports and was quite condescending towards many athletes and fans of some less-hyped sports. While he may fit in with NBC’s idea that the Olympics isn’t for sports fans, he made the late-night show so terrible that it’s difficult to figure out who would want to watch it. It was particularly annoying to see him featured while a much greater host in Carillo was buried on the bench. Here’s hoping NBC reverses that the next time around.

Ian Casselberry: Spinning off Andrew’s suggestion, I’d like to see NBC better utilize Mary Carillo as well. But for hosting ancillary shows devoted to coverage of a single sport.

I loved “Olympic Ice,” the daily half-hour show on USA Network during the 2006 Winter Olympics which focused on figure skating. Carillo hosted with Dick Button, Scott Hamilton, Jamie Sale and David Pelletier. They discussed the storylines going into an event or analyzed the previous night, and included features and interviews that allowed us to get to know the athletes a little better. Above all, it was fun.

The Summer Olympics have more sports, so it might be difficult to decide exactly which sports to devote such shows to. Gymnastics is the first to come to mind. A show like this could be especially useful in bridging between live coverage during the day and taped for prime time, and could reach out to a non-sports audience without alienating the more sports-focused viewership. Stick it on NBCSN, or even USA or Bravo. The various networks could also allow for different shows, one focused on gymnastics, another on swimming, and one devoted to track and field.

Matt Yoder: I suppose my dream answer would be to replace all the pre-packaged, soap-operay primetime coverage and cover the Olympics like they would any other sporting event… like NBC does through their live streams.  That’s my personal preference though and it’s clear in spite of declining viewers, there’s still an enormous amount of people that tune in for Olympic primetime.

So realistically speaking, the one thing I would change is to show more premier events live on television.  Specifically as Ken stated, with the gymnastics competition. It makes no sense why NBC refused to do what they did with gymnastics in Rio what they did to great success and praise for figure skating in Sochi. Live streams are a great thing. However, as we continue to move forward in the 21st century, there’s no reason why Olympic fans can’t have live and tape delay television options for the biggest events at the games.

That, and show more handball.