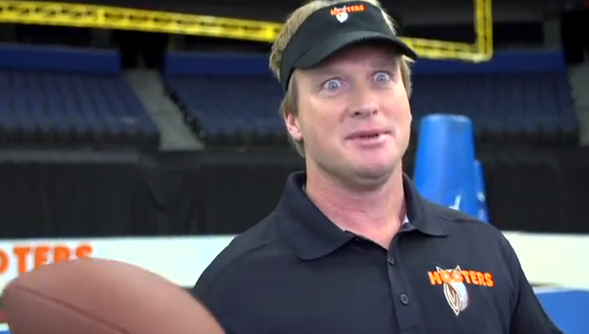 The Tom Herman/Ed Orgeron/Charlie Strong/Texas/LSU merry-go-round has been one of the wilder episodes we’ve seen in the history of the college football coaching carousel.

Initially, it seemed to be almost certain that Herman would be going to LSU, with reports that a deal was on track to get done by the weekend according to ESPN and others.  That obviously did not happen as LSU has named interim coach Ed Orgeron as their permanent head coach today.

So it now looks like the door has opened for Herman to go to Texas, where somehow Charlie Strong has still not officially been shown the same door to exit.  (The twists and turns in Strong’s prolonged departure is another story altogether.)

If you read between the lines, you can take an educated guess as to what really happened behind the scenes.  It would make sense for Herman’s camp to leak the LSU news to finally spur Texas into action and get the deal he really wants.

But we can’t finish tying up these loose ends before we get to the final climactic stage of any coaching rumor mill.

Somehow, out of nowhere, in the midst of all of this, the Monday Night Football analyst has been linked as being “in the mix” for the Texas job.

Are y'all ready for this? Know whose name is back in the mix if Texas misses on Tom Herman? Jon Gruden. Really. #grumors

We've reached the part of the year where former NFL coach Jon Gruden is reportedly "in the mix" to leave his $6 mil announcer job for CFB.

If this sounds familiar, Gruden was “in the mix” for the Texas job back in 2013 as well.  We all know how that ended – with Gruden not coaching Texas.

Asked a source if Jon Gruden could be in the mix for #Texas: "Jon Gruden's the greatest tire-kicker in the history of coaching."

Since joining ESPN, Gruden has also been linked to Michigan, Tennessee, a return to the Oakland Raiders, the Philadelphia Eagles, the Indianapolis Colts, and pretty much every other job opening at the Division III level and above.  There was probably a rumor that he was going to manage Manchester United at some point even though that’s another kind of football played in another country.

Gruden has one of the cushiest jobs in sports, making millions of dollars per years to analyze Monday Night Football games on ESPN.  He’s been reported to be the network’s highest paid personality and is about ready to finish up his eighth season in the MNF broadcast booth.  Gruden has signed multiple contract extensions including the most recent one that takes him through the 2021 season.  Dozens of jobs have opened up in that time and Gruden still hasn’t made the jump back into coaching.  The further that he goes without returning to the sideline, the less likely it becomes.

In all likelihood, Gruden is “in the mix” for this coaching job in the same way that John L. Smith and Rich Kotite are “in the mix” and his name is being thrown out there to create leverage for somebody or because somebody just wants to get a good laugh.  Maybe there’s one or two tires being kicked, too.

In any case, it would be one of the biggest shocks of the year (and 2016 has already been bonkers as it is) to see Gruden take the Texas job or any job for that matter.  In all likelihood, we have many more years to enjoy his idiosyncrasies on Monday Night Football.