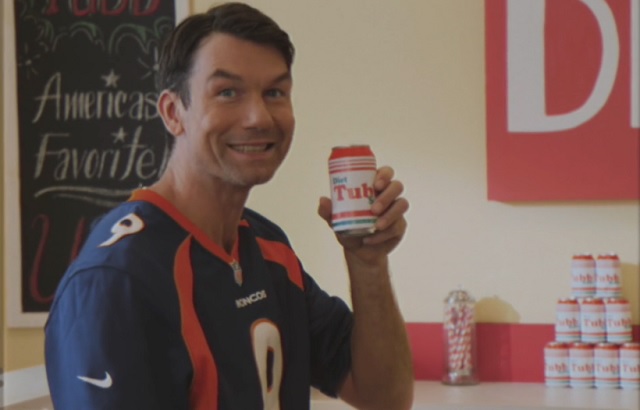 Just over 20 years ago, quarterback Frank Cushman had an extremely bright future ahead of him in the NFL. Coming out of SMU, he was the clear No. 1 overall pick. The only question was which team would select him. The Denver Broncos held the top pick, but the San Diego Chargers were making a hard push to move up to that No. 1 spot and get a franchise quarterback.

What some people may not know or remember is that the Broncos and Chargers weren’t the only sides moving behind the scenes to acquire Cushman’s services. Going into the draft, Cushman was represented by agent Jerry Maguire. But Maguire had recently split with Sports Management International and was striking out on his own, a risky endeavor for anyone working in the cutthroat sports management industry. What Maguire didn’t know was that Bob Sugar, his former colleague at SMI, conspired with Cushman’s father to sign his son before the draft.

As depicted for dramatic purposes in the 1996 motion picture Jerry Maguire, Cushman did indeed switch agents, leaving Maguire without his biggest client. The rest of the athletes Maguire represented soon followed suit, believing that the independent sports agent could not provide what he once did with SMI’s resources behind him. Maguire reinvented himself, focusing on a smaller number of clients, led by Arizona Cardinals receiver Rod Tidwell. But what Cameron Crowe’s film did not tell us is whatever happened to Cushman after he was selected No. 1 by the Broncos. How could we not hear about him?

However, thanks to the people at OBB Pictures and the go90 platform, that story is now being told. It wasn’t an oversight or our imagination playing tricks on us. Cushman was a bright light that fizzled out quickly and soon faded from national public view. You can see what happened in the following short film:

The Comeback – What’s Frank Cushman up to now? | Facebook

What’s Frank Cushman up to now?

Cushman’s story is one we’ve seen before with other promising quarterback hopefuls like Tim Couch and Ryan Leaf, but that makes the narrative no less painful to follow. Overwhelmed by money and fame — rather than focusing on improving his football and leadership skills, and becoming Denver’s next great quarterback — the Broncos and their top draft pick were hit by “Cush-lash” (a term coined by the brash Texan himself) and suffered a long fall from grace.

The best sports documentaries either provide depth and insight to familiar events or tell stories that fans and observers didn’t know of previously. But with its new series titled “The 5th Quarter,” OBB Pictures and go90 are looking to fill a void that the likes of ESPN, HBO, Showtime and Epix aren’t covering with their films.

These are the stories that fans haven’t seen before, and to make those narratives a bit more palatable, “The 5th Quarter” isn’t afraid to be funny. Some call the efforts “mockumentaries,” as a result. An upcoming film follows seven-year-old Clif Cliff Adele, who dominated the 2002 AAU Under 8 Tournament and drew the notice of several NBA teams, including the Dallas Mavericks and owner Mark Cuban.

More info from the press release:

The films can be found through the go90 platform, either on mobile through iOS and Android or online at go90.com.