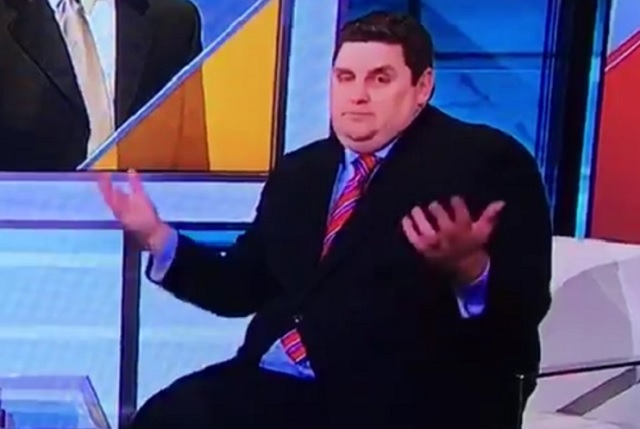 Fans of awkward, cringe-inducing humor from the likes of Ricky Gervais or the U.S. version of The Office may have a new comedy team to cause squirms and giggles. Cari Champion and Brian Windhorst are providing compelling reasons to tune into SportsCenter on a regular basis, but not necessarily for sports highlights, analysis or commentary.

No, it’s the somewhat painful interplay between the two that is worth keeping an eye on. You might remember Champion and Windhorst from such moments as ESPN’s NBA insider appearing to fall asleep during a segment with the SportsCenter host.

Approximately a month later, Champion referenced that moment during another segment with Windhorst, this time with the two sitting next to each other in-studio. As you can see in the video below, Champion praised Windhorst for being feisty before following up with a backhanded compliment.

“At least you’re alert and awake.” Ouch. All that was left was an awkward pause, a chuckle from Windhorst and reassurance from Champion that she was teasing. But that might have been what Al Franken (excuse me, Senator Al Franken) once called “kidding on the square,” when someone makes a joke but really means what he or she is saying.

OK, but we might keep tuning in to see if Windhorst has a good comeback in him. Maybe after the NBA Playoffs, when he’s a bit more alert and quicker with the reflexes.