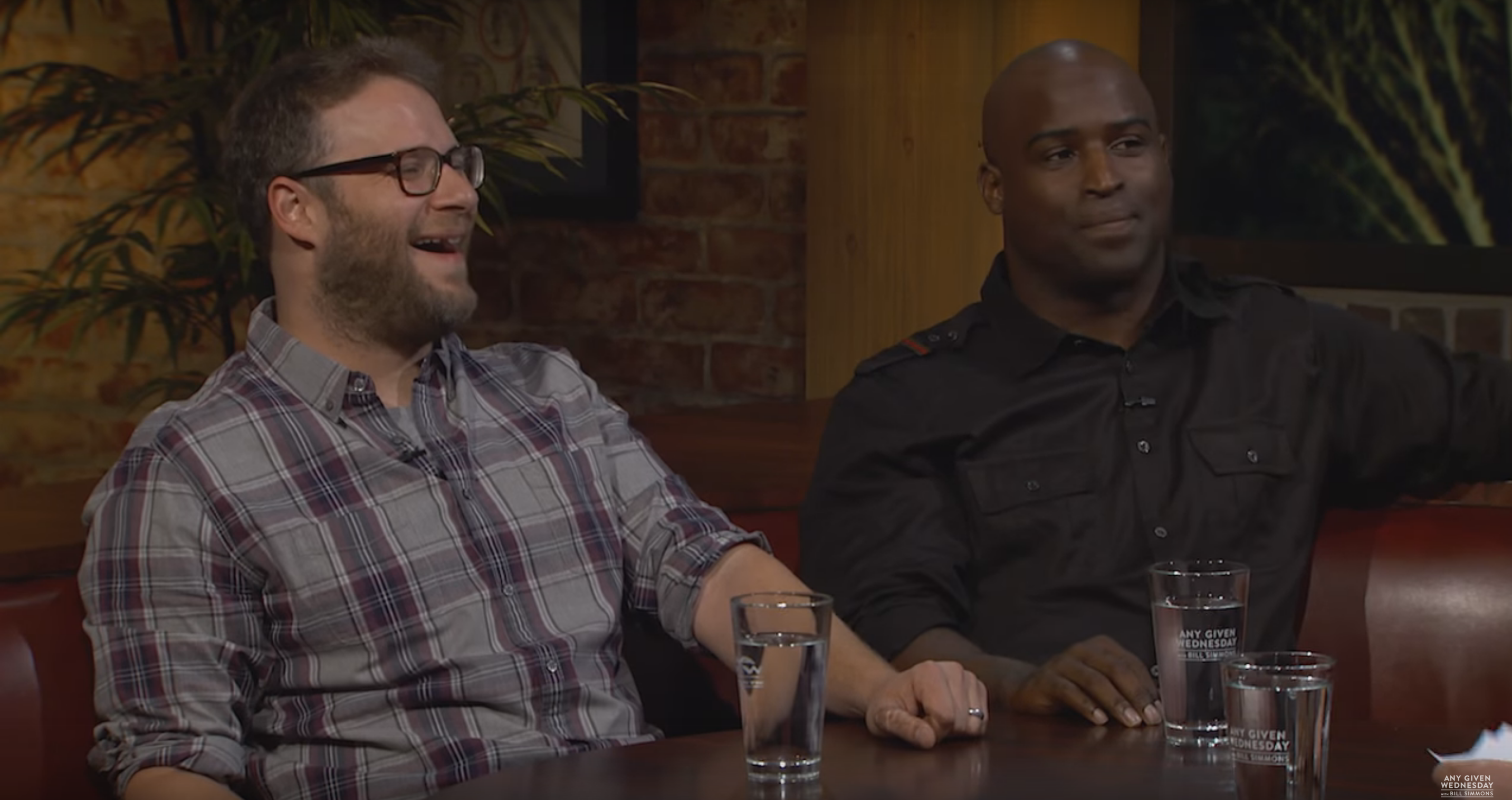 If you were to assemble a marijuana All-Star team, who would you start with? Well, you’d probably want the guy who starred in Pineapple Express. And you’d definitely want the guy who got kicked out of the NFL for smoking too much weed, then became an advocate for the benefits of marijuana.

And so Bill Simmons assembled Seth Rogen and Ricky Williams — the Babe Ruth and Lou Gehrig of pot, according to Simmons — on his HBO show Any Given Wednesday to talk about marijuana.

Stories about Edward Norton and Willie Nelson, discussion of weed-related cinema, tips for sobering up, this interview is exactly what you’d expect if you put Rogen and Williams at the same table.

For Simmons, it’s hard to decide whether to consider this segment a compelling embrace of counter-culture or a cheap ploy for ratings and clicks. We could take it as an embrace of his edgy side or a return to his bro-iest instincts, but you know what? It was awfully enjoyable either way.

As Simmons struggles to get people to watch Any Given Sunday, he has to differentiate himself some way, and maybe he does that by being the big-budget Barstool. Then again, just last week he conducted a Q&A with Caitlyn Jenner in which he delved into her gender identity and politics.

It seems Simmons is throwing things at the wall and seeing what sticks. We expected him to take some time to figure out his show’s identity, and it looks like that self-discovery remains ongoing. Regardless, more Ricky Williams and Seth Rogen can never hurt.